Researchers at LSU uncover more on the ancient Maya commodity 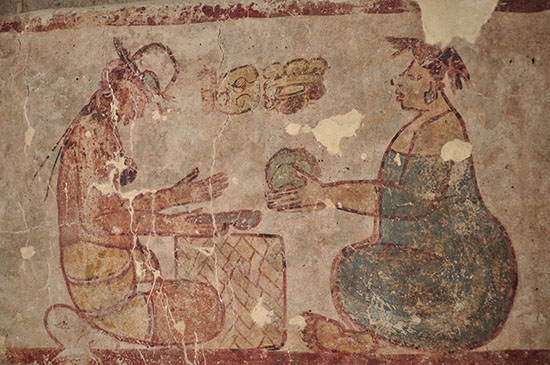 The earliest known record of salt being sold in a marketplace in the Maya region depicted in a mural at Calakmul, a UNESCO World Heritage site in the Yucatan Peninsula in Mexico.

BATON ROUGE – The first documented record of salt as an ancient Maya commodity at a marketplace is depicted in a mural painted more than 1,000 years ago at Calakmul, a UNESCO World Heritage site in the Yucatan Peninsula in Mexico. In the mural that portrays daily life, a salt vendor shows what appears to be a salt cake wrapped in leaves to another person, who holds a large spoon over a basket, presumably of loose, granular salt. This is the earliest known record of salt being sold at a marketplace in the Maya region. Salt is a basic biological necessity and is also useful for preserving food. Salt also was valued in the Maya area because of its restricted distribution.

Salt cakes could have been easily transported in canoes along the coast and up rivers in southern Belize, writes LSU archaeologist Heather McKillop in a new paper published in the Journal of Anthropological Archaeology. She discovered in 2004 the first remnants of ancient Maya salt kitchen buildings made of pole and thatch that had been submerged and preserved in a saltwater lagoon in a mangrove forest in Belize. Since then, she and her team of LSU graduate and undergraduate students and colleagues have mapped 70 sites that comprise an extensive network of rooms and buildings of the Paynes Creek Salt Works.

“It’s like a blueprint for what happened in the past,” McKillop said. “They were boiling brine in pots over fires to make salt.” 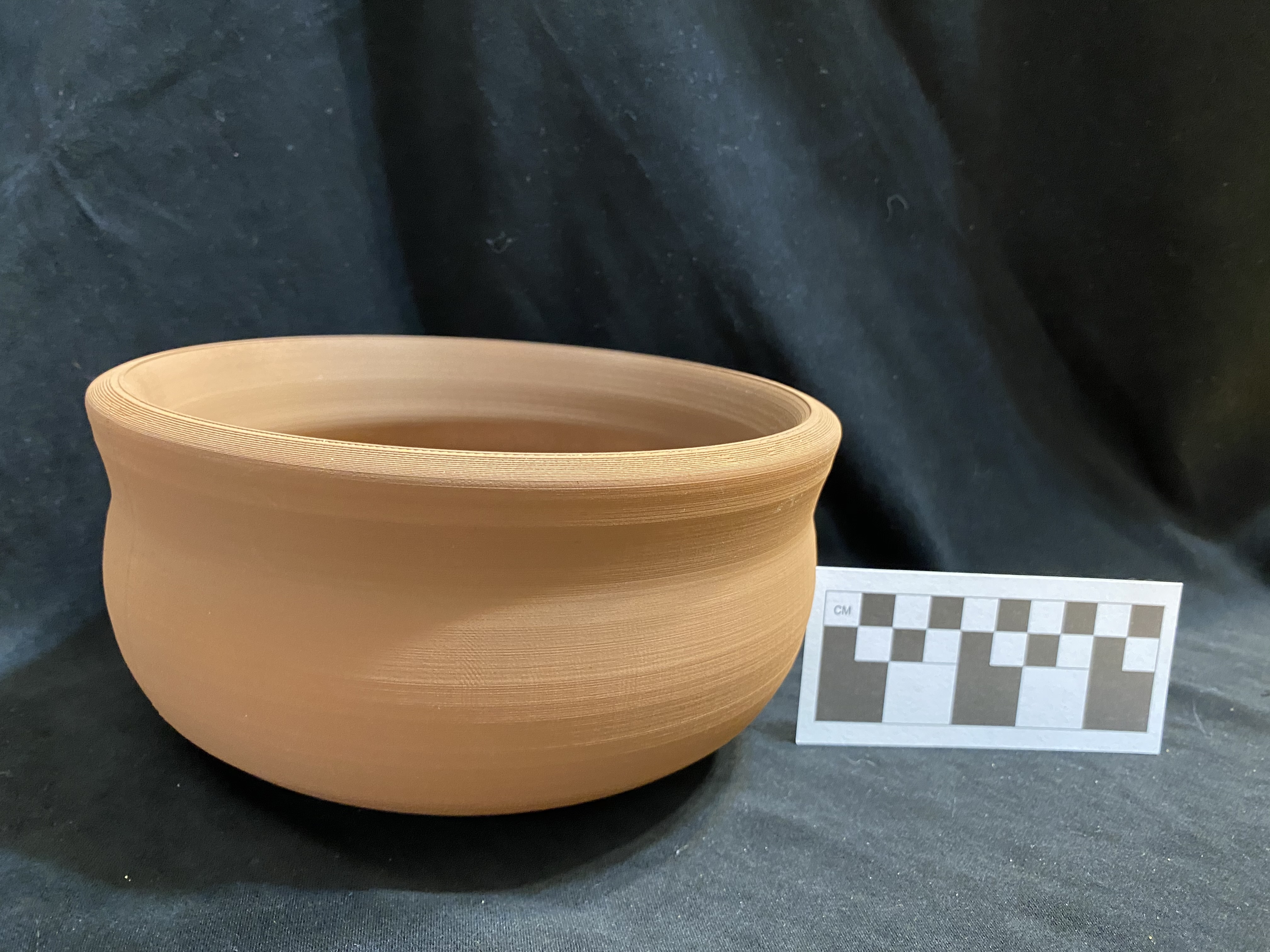 A pot 3D printed in the LSU Digital Imaging & Visualization in Archeology Lab by archeology students based on scans collected at the ancient Maya salt works field site.Photo Credit: LSU

Her research team has discovered at the Paynes Creek Salt Works, 4,042 submerged architectural wooden posts, a canoe, an oar, a high-quality jadeite tool, stone tools used to salt fish and meat and hundreds of pieces of pottery.

“I think the ancient Maya who worked here were producer-vendors and they would take the salt by canoe up the river. They were making large quantities of salt, much more than they needed for their immediate families. This was their living,” said McKillop, who is the Thomas & Lillian Landrum Alumni Professor in the LSU Department of Geography & Anthropology.

She investigated hundreds of pieces of pottery including 449 rims of ceramic vessels used to make salt. Two of her graduate students were able to replicate the pottery on a 3D printer in McKillop’s Digital Imaging Visualization in Archaeology lab at LSU based on scans taken in Belize at the study site. She discovered that the ceramic jars used to boil the brine were standardized in volume; thus, the salt producers were making standardized units of salt.

“Produced as homogeneous units, salt may have been used as money in exchanges,” McKillop said.

An ethnographic interview with a modern day salt producer in Sacapulas, Guatemala collected in 1981 supports the idea that the ancient Maya also may have viewed salt as a valuable commodity:

“The kitchen is a bank with money for us…So when we need money at any time during the year we come to the kitchen and make money, salt.”

Salt as a commodity or money in the Classic Maya economy, Journal of Anthropological Archaeology: https://www.sciencedirect.com/science/article/abs/pii/S0278416521000106?dgcid=author