02/05/2021
BATON ROUGE - The Super Bowl is known for the highlights, the halftime show and the television commercials. But Super Bowl LV will look different because of the COVID-19 pandemic – not only will there be less fans inside the stadium, but recently brands have announced they won’t be spending millions of dollars to advertise during the game.

Sue Kim, assistant professor of digital advertising in the Manship School of Mass Communication, and Dan Rice, associate professor of marketing in the E. J. Ourso College of Business, analyze what that means for the companies and the fans watching the game.


How do you think Super Bowl advertising will look this year?

Sue Kim: Due to the pandemic-induced slump, several major brands decided not to advertise during the Super Bowl this year. Especially familiar brands, like Budweiser and Coca-Cola, choose to skip the event. However, despite a pandemic, CBS quietly sold out of Super Bowl ads earlier than usual. Some advertisers are returning to the game. Many brands are returning to compete for attention with the other advertisements. M&M, E*trade, Amazon, P&G, Mountain Dew, Toyota, and Turbo Tax are just a few examples returning to the 2021 Super Bowl. Moreover, there are many first-time advertisers such as Indeed, Hellmann's, Huggies, Chipotle Mexican Grill, Mercari, Fiverr, and Door Dash. I expect that this year's Super Bowl ads will heavily focus on balancing entertainment with corporate social responsibility, or CSR. Advertising will also attempt to reflect the current situation we are facing at this particular time and project a better future.

Also, brands will integrate social media to enhance the carry-over effect of the Super Bowl television commercial, or TVC. I see that many brands will incorporate social media events. For instance, one of the biggest sponsors, Pepsi, will open prediction contests on SNS. Rocket Mortgage will launch the online game. 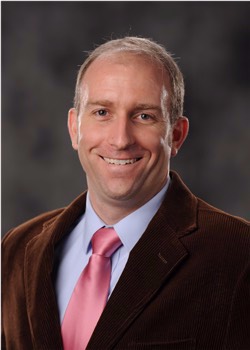 Dan Rice: You'll have some big brands that won't be advertising, and others (perhaps even from the same parent company) that will. It's going to be a challenging year to create ads that resonate with people. Typically, Super Bowl ads are lighthearted and funny. With all that's going on this year in our society, that's not a tone that will likely resonate with many. There is some precedent for advertising in tough times though from some of the ads following 9/11, for example. However, after that national tragedy, the country was relatively united in overcoming adversity. The country today has issues that have caused much more division and that makes advertising all the more difficult because you also don't want to alienate potential customers.

Many companies are moving to more conservative positions as their revenues have dropped, but it's also likely an issue of understanding and connecting with consumers and even employees. If you look at Coca Cola for example, it might be difficult for them to find a message that unifies people in the current times, which their commercials often try to do. The company also makes a lot of revenue through sales at sporting events and other large venues that have taken major financial hits. The company has also had layoffs. So spending millions on ads while you’re laying off people could seem wrong to many within and outside of the company. Similarly, spending money to advertise a soft drink when many families and individuals are facing difficult issues health wise, financially and societally, may seem detached which could be bad for them.

Some of the big Super Bowl advertising regulars have announced they won’t be running ads, and instead will donate to COVID causes. Do you think more will follow suit?

Kim: Super Bowl ad spots were already sold out. While some major Super Bowl advertisers (such as Coca-Cola, Budweiser, and Pepsi) will not air ads during the 2021 Super Bowl, it does not mean that they decided to donate that money to COVID-19 instead of running an ad. Pepsi will be running the halftime show as an official sponsor. Anheuser-Busch will air the digital ad for Budweiser. They will also run their Super Bowl ads for Bud Light and Michelob ULTRA. I expect that many brands will lean into spreading their CSR messages. However, I do not see that they will withdraw the 2021 Super Bowl ad spot to donate to COVID causes.

Rice: It's entirely possible. Given the challenges they face, they might be looking for a safer path that gains goodwill. By donating ad time and money to a COVID cause, they are likely to build that goodwill with a pretty non-controversial subject. Just about everyone wants the COVID epidemic over, and they are getting lots of free positive coverage for helping with that effort.

Dr. Kim, your research looks at how consumers respond negatively to advertisements in digital media, will companies benefit from not advertising during the Super Bowl?

Kim: My research starts from the fundamental assumption that consumers hate advertising mainly because of their goal impediments. People do not want to be interrupted by any external factors when they are doing something. When online, people usually have their own purpose. They browse the internet to kill their time, find something, watch a YouTube video, etc.

What types of companies do you anticipate advertising during this year’s Super Bowl?

Kim: I am looking forward to seeing any newcomers' commercials. Especially, Indeed, the job search website, will join the event addressing the employment problems during the pandemic. Also, Fiverr, the online freelance marketplace will run their first Super Bowl ad. They have not yet revealed anything about the upcoming ad. I wish their ad message would support the positive market outlook. Both advertising campaigns will launch the Super Bowl TVC and on social media.

Rice: Well, this is the interesting thing. There needs to be a distinction between "company" and "brand.” For example, PepsiCo is the company. They are not scheduled to advertise their flagship brand Pepsi, but they are, last I saw, planning to advertise their Mountain Dew and Frito Lay brands. So many companies, including Anheuser-Busch, may not advertise a major brand, like Budweiser, but still have time for other brands (Bud Light, Michelob Ultra, etc.). These decisions might be based on the impact the societal crises have had on the target segments for the specific brand. So really it's more a brand-level than company-level decision in many cases. That said, some companies may choose to sit out this year with all of their brands, as I believe Coca Cola is supposedly doing.

With COVID's financial impact on networks and the NFL, what will the impact be going forward?

Kim: Of course, safety and health will be the main focus. It is inevitable to limit the fans in stadiums because of health and safety issues. The NFL probably wants to find any alternative ways to invite the fans to the event. There might be some methods to generate revenue, such as broadcasting partnerships. In 2019, the NFL generated nearly $5 billion from the advertising revenue of their broadcast partners. Also, the NFL should follow COVID-19 protocols to save all games. If the game is canceled because of any potential COVID-19 positive cases, they will lose their revenue.

Rice: This really remains to be seen, and it depends a lot on how the post-pandemic scenario develops. If people return truly to "life as it was" then the impact may be substantial, but relatively short lived. If the "new normal" is not the same as the "old normal," and shifts to less in-person attendance to events in the long-term that could reduce some revenue. On the other hand, less in-person attendance could increase TV viewership, which may actually help networks in some ways. The impact has been very dependent on industry. Believe it or not, certain industries and companies are posting record numbers in sales (like home improvement), while others are posting record numbers for the bad (look at oil and gas or restaurants) and/or going out of business. Consumer behavior post-pandemic is hard to accurately predict but may hinge at least partially on how safe people feel in more public venues.