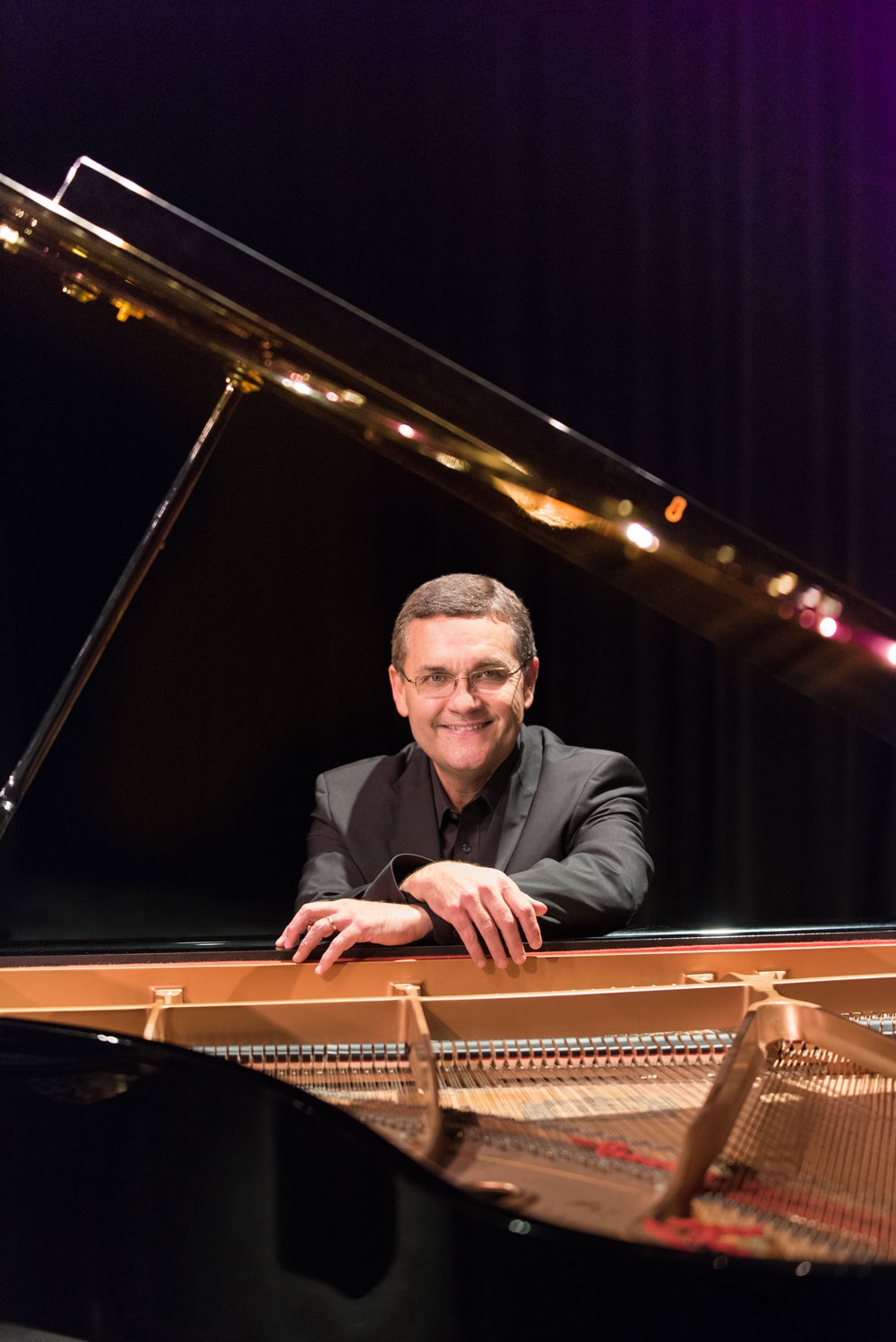 LSU Boyd Professor of Piano and Jazz Studies Willis Delony has performed classical and jazz concerts throughout the U.S. including a solo recital at Carnegie Hall.
Photo Credit: LSU.

BATON ROUGE – LSU Boyd Professor of Piano and Jazz Studies Willis Delony was named LSU’s honoree for the 2020 Southeastern Conference Faculty Achievement Award this year. Delony is one of the nation’s leading classical and jazz crossover artists, with a performance career spanning more than four decades.

“I’m thrilled to be recognized by the SEC,” Delony said. “It is gratifying to know that the work we do in the School of Music is acknowledged in such a way, especially during today’s challenging times. Deep appreciation goes out to my former and current students, my LSU colleagues and my friends around the globe with whom I have made music for so many years – we all share in this happy moment.”

Delony has appeared as piano soloist, guest pianist, arranger or conductor with orchestras throughout the United States as well as orchestras in Canada, the former Soviet Union and China. As a solo and collaborative recitalist, he has performed classical and jazz concerts throughout the U.S. – including a solo recital at Carnegie Hall in October 2014. In January 2017, he premiered Greg Yasinitsky’s Jazz Concerto for Piano and Orchestra with the Baton Rouge Symphony Orchestra under the direction of Timothy Muffitt. In part due to the strength of this performance, the work was awarded The American Prize in composition.

Delony’s trademark explorations of the classical and jazz musical worlds are also showcased in a wide range of records, including a three-part series, Classical and Jazz Connections, with the Centaur label. Previous album credits include a recording of sonatas by Samuel Barber and Sergei Prokofiev, and a jazz album entitled Civilized Conversations, featuring Delony and bassist Bill Grimes. His most recent collaboration is with LSU colleague and oboist Johanna Cox Pennington, on her new album Orion Nocturne.

“The decades of sustained excellence apparent in Professor Delony’s record are nothing short of extraordinary,” said James Byo, director of the LSU School of Music. “The multi-dimensional aspect of his contributions sets him apart among the performing musician elite of the world. No less impactful, Professor Delony’s work across LSU’s music student population illustrates the principled and steady ways in which he engages, mentors, challenges, models and inspires those who come into his orbit.”

Delony earned his Doctor of Musical Arts degree from LSU in piano performance in 1985. After a career away from LSU, he returned in 2000 as professor of piano and jazz studies and, for a short time, served as interim director of the LSU School of Music. In May 2019, the LSU Board of Supervisors voted unanimously to award Delony a Boyd Professorship, the university’s highest and most prestigious academic rank, in recognition of his outstanding research, teaching and creative achievements.

The SEC Faculty Achievement Award, now in its eighth year, was established by the presidents and chancellors of the SEC universities to recognize outstanding faculty at each of the 14 SEC institutions. Consideration requires that an individual be a full professor and demonstrate remarkable scholarship and research that is recognized at national and international levels.

The individuals selected for the Faculty Achievement Award represent the best academics throughout the SEC. SEC Faculty Achievement Award winners become his or her university’s nominee for the SEC Professor of the Year Award. The award recipients are selected by the SEC provosts, and they are two foundational programs designed by the SEC to support and promote the academic endeavors and achievements of its students, faculty and administrators.

“Many thanks to our great university, which continues to support me and so many others as we pursue our own artistic interests, carving out a path for ourselves in the musical universe, all while we work with wonderful, incredibly gifted students who inspire us every day. They remind us that so much is possible. What a thrill it is to work in such a place,” Delony said.