The three schools are involved in two $4M awards from the U.S. Department of Education 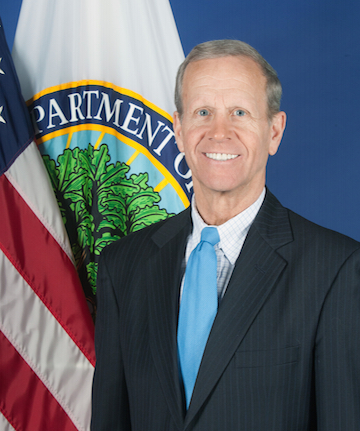 These three schools are heavily involved in two 2019 Education Innovation & Research awards. The first one is led by Louisiana Department of Education focusing on creating Micro-credentials to certify Louisiana teachers on high-demand STEM skills. The second one, led by Louisiana State University and East Baton Rouge Parish School System, is focused on the integration of programming and mathematics at the high school level. Both research projects
are based on the LSU STEM Pathways program, which supports high school students, teachers and school districts in Louisiana to ensure more students eventually enter college and the workforce in the science, technology, engineering and mathematics fields.

* All times are approximate

Frank T. Brogan serves as the assistant secretary for elementary and secondary education at the U.S. Department of Education.

Brogan most recently served as chancellor of Pennsylvania’s public universities. He began his career as a fifth-grade teacher in Martin County, Florida, and later served as a dean of students, assistant principal, principal, and superintendent before being elected Florida’s commissioner of education in 1994. Brogan continued his advocacy for public education when he was elected to serve as lieutenant governor of Florida in 1998 and 2002. After five years in that role, he was named president of Florida Atlantic University, a position he held until 2009, when he was selected to serve as chancellor of Florida's public universities.