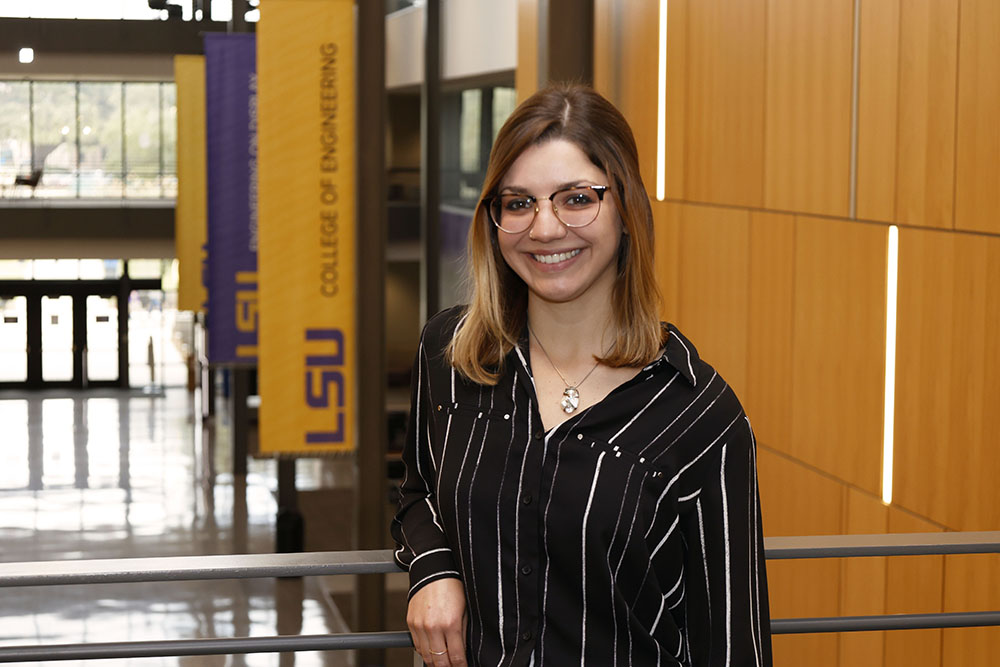 BATON ROUGE, LA – In September 2022, Hurricane Ian decimated the coast of West Florida, killing nearly 150 people and leaving more than $50 billion of damage in its wake. With all of that damage came a lot of debris that the coast was forced to handle. Hoping to better prepare hurricane-prone areas for the amount of debris that comes with such a storm, LSU Civil and Environmental Engineering PhD student Jasmine Bekkaye is conducting reconnaissance along the hard-hit Florida coast.

Bekkaye, of Baton Rouge, and graduate student Daniel Gallegos, who is assisting her, are both in LSU CEE Professor Navid Jafari’s research group and have been investigating disaster debris since Hurricane Harvey hit Texas and Louisiana in 2017. In November 2022, they traveled to Fort Myers, Fla., to evaluate the damage generated by Ian. Their main objective was to quantify disaster debris volumes and composition in targeted areas with varying hazard intensity to correlate hazard intensity with the amount and type of debris generated.

“The motivation behind this is that disaster debris quantities are so poorly understood, and there is limited knowledge on how hazard type/intensity is correlated to waste generated,” Bekkaye said. “This understanding can help communities better determine their debris management needs and prepare for future disasters with hazard intensity in mind.”

“We flew a drone over the neighborhoods that appeared to have either damage or debris in satellite imagery that was collected prior to the trip so that we could assess the current status of debris in those areas,” Bekkaye said. “In areas where debris was still present on the streets, we placed ground control points that were surveyed and conducted automated drone flight plans to collect imagery that can be processed into a Point Cloud or 3D model.

“From the 3D models, I plan to calculate the volume of debris on the streets. The volumes across the neighborhoods can then be compared to one another with hazard intensity in mind to create a correlation between hazard intensity and waste generated.” 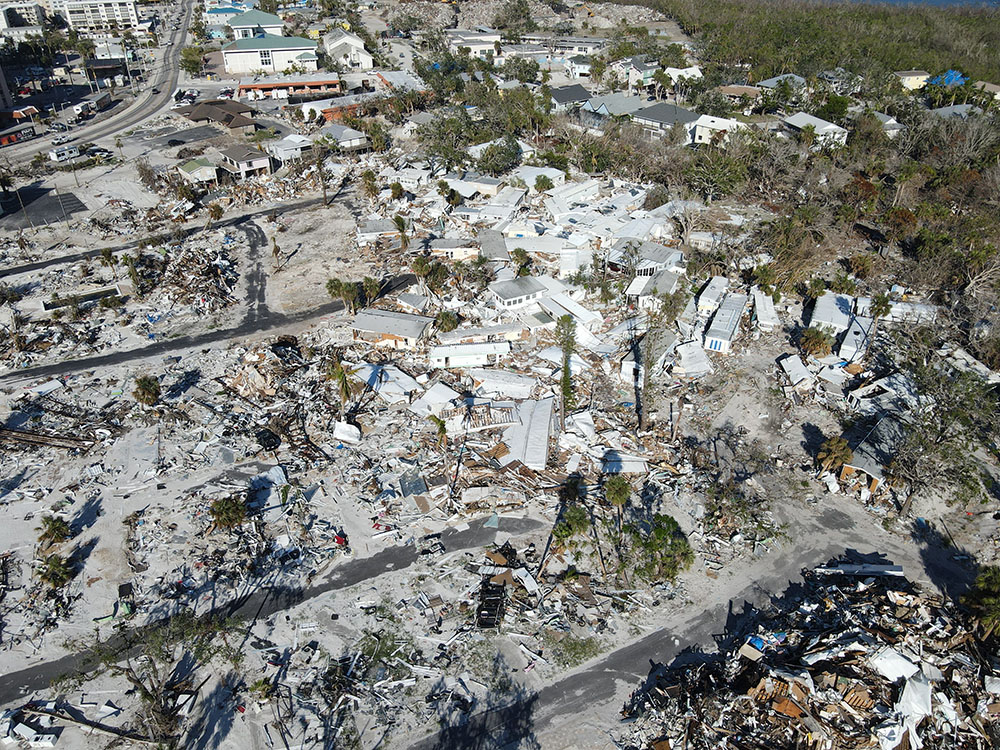 Bekkaye says this will help ensure proper allocation and deployment of resources in the recovery stage, thereby improving disaster management and helping communities get back to normal sooner.

“We try to reach out to emergency management officials and people within the counties who work with NHERI so we can share our data with everyone to help them next time,” Bekkaye said.

Visiting the destroyed area of Fort Myers Beach reminded Bekkaye of why she became interested in disaster debris in the first place.

“My mom got 9.5 feet of water in her home in the Baton Rouge Flood of 2016, and she had these massive piles of furniture and other debris that sat on her curb for months because the debris and damage wasn’t adequately predicted or prepared for,” she said. “Seeing the residents already trying to rebuild and seeing everything they lost was a little shaky. It put things in perspective.”

With only six months between hurricane seasons, Bekkaye realizes the rush for information to be collected and shared.

“We try to work as fast as possible,” she said. “We plan to return to Florida soon to collect more data.”