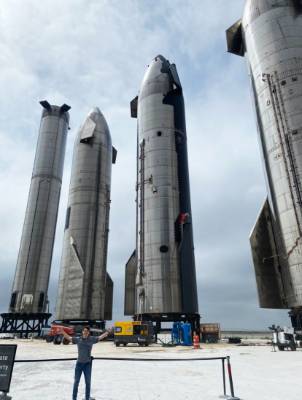 BATON ROUGE, LA – For LSU Mechanical Engineering graduate Scot McKenzie, working for SpaceX is nothing short of a childhood dream come true. The 23-year-old from Baton Rouge wasted no time in pursuing his goals by working for NASA and now SpaceX, where McKenzie can work on rockets that will travel to the Moon and Mars one day.

“I’ve always had an interest in space and space exploration,” McKenzie said. “Growing up, I always liked messing with things and was always mathematically inclined. I wanted to know how things worked. My mom was always building and tinkering with things, and my grandpa was a civil engineer from LSU.”

When it came time for McKenzie to choose a university, LSU was at the top of his list.

“I knew LSU had a strong engineering program and the newly-renovated Patrick F. Taylor building,” he said. “I chose to major in mechanical engineering because it allowed me to be in a position where I could choose my own path.”

Between June and December of 2019, McKenzie had a co-op at NASA Stennis Space Center. Then, in the summers of 2020 and 2021, he interned there again, serving as a propulsion test operations engineer and performing maintenance of facility systems.

“I made sure the valves opened and closed and made sure they had the proper instrumentation feedback, operating test-day things like liquid oxygen transfer to facilitate rocket engine part testing,” he said. “My work at NASA was a great entry into aerospace. I loved being in the control room or being outside all day making sure everything works. I really enjoyed problem solving, and it gave me the experience to apply at SpaceX.”

In June 2022, McKenzie packed his car and made the nine-hour drive to Brownsville, Texas, to work for SpaceX, a spacecraft engineering company founded by Elon Musk in 2002. Based out of Hawthorne, Calif., SpaceX designs, manufactures, and launches advanced rockets and spacecraft at the Starbase site in Texas.

“Starship is the new rocket SpaceX is building,” McKenzie said. “It’s located at the Starbase development facility, and it’s going to be the biggest, most powerful rocket ever. It’s Musk’s goal to make life multi-planetary, and this is the rocket he’s going to use to do it.”

“It’s a lot to take in because there are a lot of different things going on that are a step above what I did at NASA, so it’s a learning experience but also a fun and incredible place to work,” McKenzie said. “One thing that shocked me was the incredible level of technology out here, everything from personnel safety to the software programs that allow virtual hands on the launch pad at all times. I’m able to use my prior knowledge to go to even bigger heights. I’ve gone from testing a stationary single rocket engine to prepping an entire vehicle for launch.”

As for living in Brownsville, McKenzie said the people have been nice and helpful, and the Starbase facility is one-of-a-kind.

“The facility is really nice,” he said. “It’s a new place, so SpaceX is able to do exactly what they want with everything. It’s a whole new world out here.”