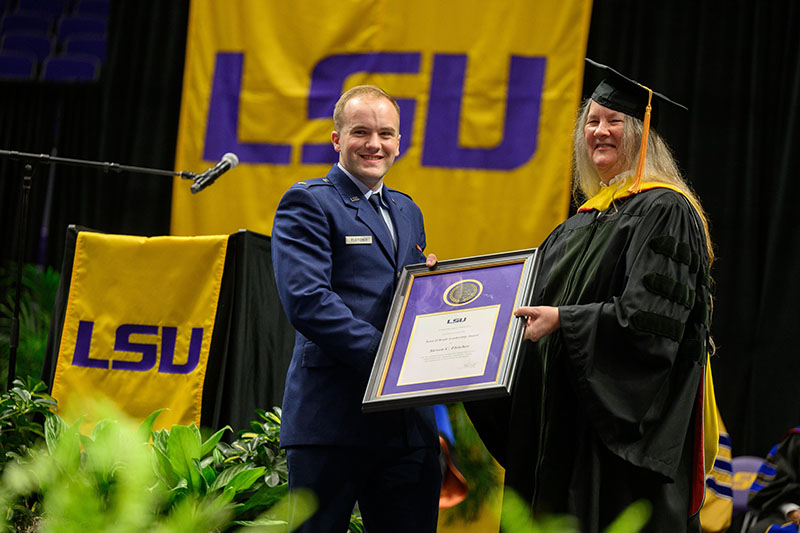 Fletcher, a native of New Orleans, graduated with a bachelor’s in civil engineering and served as commander of the LSU Corps of Cadets. The day before, he was commissioned into the U.S. Air Force.

Fletcher served in a variety of leadership roles across ROTC and other organizations at LSU. Among his many accomplishments, he planned LSU Salutes, a three-day event involving generals, members of Congress, and the attendance of the LSU President. Fletcher was also involved in the planning and coordination of the opening of the William A. Brookshire Military Museum, which included multiple practices for cadets and midshipmen to march into the ceremony. At the same time, he planned the Corps of Cadets Military Ball, a three-hour event acknowledging the accomplishments of cadets and midshipmen over the past year. 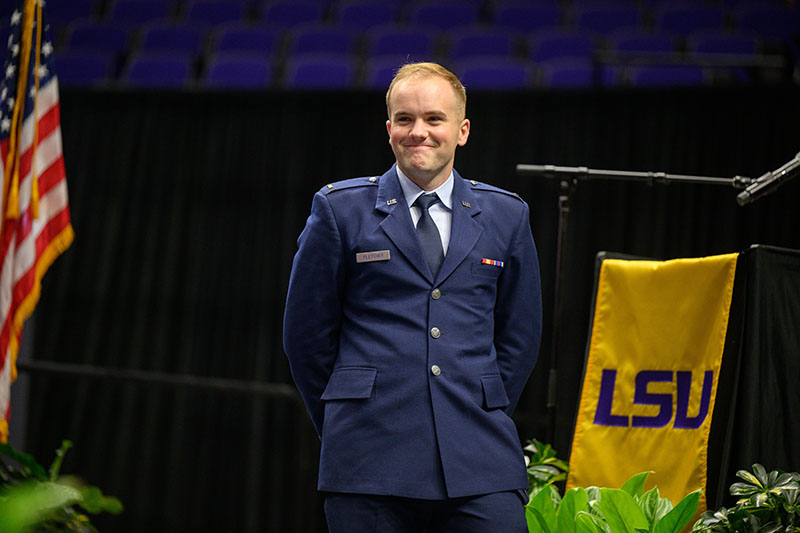 O’Keefe is a longtime public administrator, national security expert and aerospace industry executive who has served in several top leadership positions in the U.S. government, higher education and industry.