Bhasin Part of 2021 Class of National Academy of Inventors Fellows 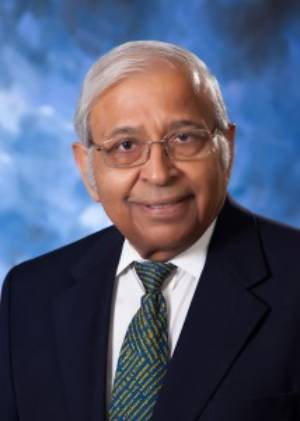 BATON ROUGE, LA – Madan Bhasin, adjunct professor in the LSU Cain Department of Chemical Engineering, has been named a Fellow of the National Academy of Inventors.

The NAI Fellows Program highlights academic inventors who have demonstrated a spirit of innovation in creating or facilitating outstanding inventions that have made a tangible impact on quality of life, economic development, and the welfare of society. Election to NAI Fellow is the highest professional distinction accorded solely to academic inventors. To date, NAI Fellows hold more than 48,000 issued U.S. patents, which have generated more than 13,000 licensed technologies and companies and created more than 1 million jobs. In addition, more than $3 trillion in revenue has been generated based on NAI Fellow discoveries.

The 2021 Fellow class is represented by 116 research universities and governmental and non-profit research institutes worldwide. Its members collectively hold more than 4,800 issued U.S. patents, and among them are 33 members of the National Academies of Sciences, Engineering, and Medicine, as well as three Nobel Laureates.

This year’s class will be inducted at the Fellows Induction Ceremony during the 11th Annual Meeting of the National Academy of Inventors in June.

“I am truly humbled and honored to be receiving this NAI recognition,” Bhasin said. “It has been an honor and a pleasure to be associated with the LSU Cain Department of Chemical Engineering, particularly Professors Krishnaswamy Nandakumar and K.T. Valsaraj, for the past several years.”

Bhasin holds a PhD in Physical Chemistry from the University of Notre Dame and serves as chief scientific advisor to MATRIC, or Mid-Atlantic Technology, Research & Innovation Center. He has more than 45 years of experience in the chemical industry, primarily with Union Carbide and Dow Chemical, and his primary area of expertise is heterogeneous catalysis with a strong emphasis on surface science and the analytical techniques involved in catalyst characterization. He was elected to the National Academy of Engineering in 2006.