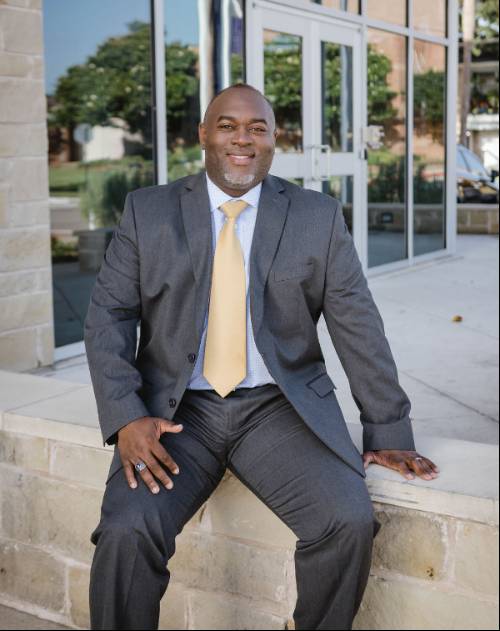 BATON ROUGE, LA – As a young boy, Stephen Williams knew he wanted to “not only fix broken things, but make them even better.” Little did he know that this curiosity would turn into a successful engineering career that has exceeded his own expectations. From coordinating the delivery of COVID-19 vaccines to the International Space Station to teaching young students the importance of STEM here on Earth, Williams’ work and passion for engineering are out of this world.

Born and raised in Alexandria, La., Williams moved to Baton Rouge in 1995 to attend LSU, where he would major in industrial and manufacturing systems engineering. Thanks to his older brother majoring in engineering at LSU, Williams felt comfortable and excited to pursue a degree in the field.

“I didn’t really know what engineering was as a kid, but my older brother went to LSU in 1991 and majored in chemical engineering,” Williams said. “It was during this time that I was exposed to engineering through him and developed some insight into the different disciplines.”

After graduating from LSU in 2000, Williams went to work for Northrop Grumman Ship Systems in New Orleans, where he served as the lead logistics engineer for three years, then as logistics support manager for the Integrated Logistics Support (ILS) section for five years. During this time, Williams served as a liaison between functional organizations and the U.S. Navy; approved engineering plans for Navy weapons, propulsion, and auxiliary systems; and was responsible for cost, schedule, and performance on seven Navy LPD ship class contracts.

Wanting to further his education, Williams also earned his master’s in engineering management from the University of New Orleans while working for Northrop Grumman.

His next venture, however, would finally connect him to NASA, a dream he had as a child.

“My interview with Lockheed Martin happened to be at NASA’s Johnson Space Center, which was like a dream come true,” Williams said.

While working as the lead hardware integration and cost account manager for NASA’s Bioastronautics contract through Lockheed Martin Corporation in Houston, Williams had a team of employees who reviewed the hardware to make sure everything was intact and ready to be packed for a space mission.

“When I first arrived [at Lockheed], I was in the Crew Health Care Systems (CHeCS) group, where we designed equipment for astronauts to exercise with while in space, as well as provided medicine and life support items like defibrillators,” he said. “Many people forget about the healthcare of an astronaut.”

After six years, Williams moved on to Leidos Corporation in Houston to serve as the cargo mission lead for NASA’s Cargo Mission Contract (CMC), where he led the cargo processing team to resupply the ISS with an average of 3.5 tons of NASA cargo per vehicle for SpaceX missions. After serving in that capacity for five years, Leidos named him the international operations, export, and logistics lead for CMC in 2019.

Since then, Williams has successfully shipped more than 100 metric tons of cargo to launch sites both domestically and internationally. He actively supported approximately 100 NASA vehicle launches and more than 30 landing missions, which include programs such as the Space Shuttle, ATV, HTV, Boeing, Northrop Grumman, and SpaceX. Little did he know he would also be instrumental in supporting measures to deliver COVID-19 vaccines to key NASA astronauts and personnel who were serving in Russia.

“Our team faced substantial logistical and diplomatic challenges to acquire the vaccine in the earliest weeks of its accessibility, efficiently transport the vaccine vials within the stringent temperature and environmental constraints, and successfully expedite the delivery to maximize the shelf life of the vaccine,” he said.

“As a result of this effort, my team protected two NASA astronauts from the scourge of the COVID-19 pandemic, safeguarded the mission readiness of the entire crew, and assured the health of numerous individuals in Russia who were supporting an upcoming mission to the ISS.” 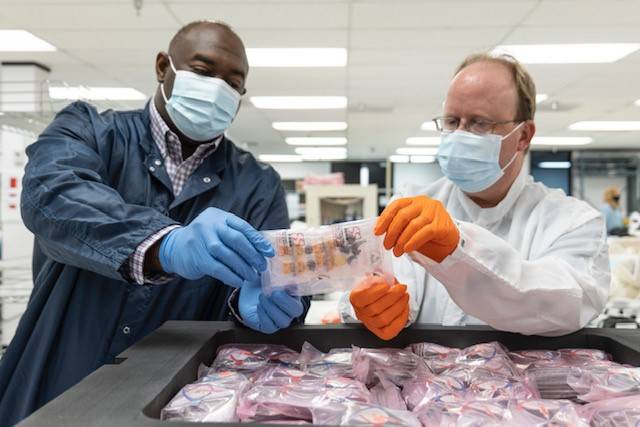 That wasn’t the only recognition Williams received recently. He was also selected as a recipient of the nationally-recognized 2022 Black Engineer of the Year (BEYA) Modern-Day Technology Leader Outstanding Achievement Award. The award is presented to individuals who demonstrate all-around excellence, significant achievements, and outstanding performance in STEM in their respective area of expertise.

“I’ve always wanted the opportunity to receive this award,” Williams said. “It’s my greatest achievement so far, along with my award from NASA.”

Williams will have the opportunity to receive the BEYA award in person at the 2022 BEYA STEM Conference in Washington, D.C., during the Technology Recognition Event at the Omni Shoreham Hotel on Feb. 18.

Most recently, Williams was asked to participate in “Build To Launch,” a 10-week digital learning series collaboration between NASA and LEGO Education to engage with thousands of educators and students in exploring the technology, STEM concepts, and careers behind the Artemis I mission to the Moon set to launch on Feb. 12.

“I lead the logistical support to package four LEGO astronaut figurines, along with other mementos selected by NASA, to fly on the Artemis I mission,” Williams said.

Besides all of his career accomplishments, Williams is also director of the Space Coast Leadership Association, a corporate advisor for the LSU College of Engineering Diversity Office, and has served as a chairperson for Lockheed Martin’s African American Leadership Forum.

“I’m an advocate for giving back to those who have molded me,” he said.

Williams has a strong commitment to mentoring minority students who have an interest in STEM and higher education. He has mentored high school students in LSU’s Recruitment into Engineering High-Ability Multicultural Students (REHAMS) camp and LSU’s Summer Scholars program. He was also selected as a keynote speaker for an LSU Engineering event. His passion for inspiring youth to pursue STEM comes from his own experiences at engineering camps.

Life seems to be coming full circle for Williams, having started off as a young boy interested in engineering to educating today’s youth about STEM, including his 5-year-old son who always asks his dad about rockets.

“I expose him to STEM opportunities,” Williams said. “It’s important to me to instill positive affirmations that he is capable of greatness.”