Voyiadjis Elected to European Academy of Sciences and Arts 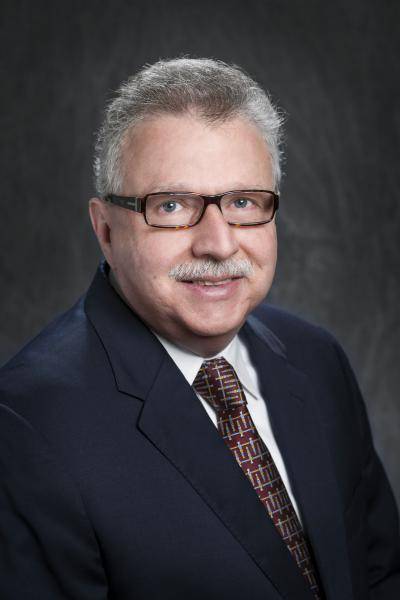 “My association with the faculty and researchers in European universities and institutions was the one of the reasons for this recognition,” Voyiadjis said. “I worked closely with researchers at Poznan University and the Polish Academy of Sciences, from 2004-2009, as the head U.S. researcher on a joint National Science Foundation grant. The project focused on investigating fracture and particularly localized fracture phenomena in thermo-elasto-viscoplastic flow processes under dynamic loadings in materials. I also established, in 2009, an exchange agreement with Ecole Nationale d’Ingénieurs (ENIM), Metz, France, and LSU and the University of Lorraine (UL) in France recently signed a memorandum of understanding to extend our relationship for the next five years.”

“Working with my students has been the catalyst of my success in my academic career,” Voyiadjis said. “The importance of this interaction is to challenge them but also allow them to interact with you through the evolution of the research work. Do not be afraid of failure, as it is the gate to knowledge and eventual success in your endeavors. Always be proactive in starting new areas and concepts, as this may lead to proposing groundbreaking solutions for real-life problems.”

Voyiadjis began his career at LSU in 1980 as an assistant professor after working at the California Institute of Technology, where he earned his master’s in civil engineering, and Columbia University, where he earned his PhD in engineering mechanics. His primary research interests are in plasticity and the damage mechanics of metals, metal matrix composites, polymers, biological tissue, and ceramics with an emphasis on the theoretical modeling, numerical simulation of material behavior, and experimental correlation.

Voyiadjis is also a Foreign Member of both the Polish Academy of Sciences, Division IV (Technical Sciences), and the National Academy of Engineering of Korea. He was also instrumental in LSU joining a consortium of universities and research centers that includes the University Carlos III of Madrid, the National Engineering School of Metz, the Polytechnic University of Poznan, and the Institute of Fundamental Technological Research of the Polish Academy of Sciences in Warsaw. Each year, the consortium organizes an international workshop devoted to the behavior of materials.

Over the last decade, Voyiadjis has helped LSU establish additional relationships with international institutions. In 2009, an exchange agreement with Ecole Nationale d’Ingenieurs in Metz, France, was made. The agreement included the exchange of faculty, research, graduate students, training, and internships. A common project also developed between LSU and ENIM-LaBPS that mainly concerned the friction definition at high-applied velocity. Analytical models have been developed at LSU and experiments performed at ENIM, with the work being presented at conferences and published in journals. New projects have been proposed related to the characterization and modeling of the microstructural behavior of materials using nano-indentation experiments and computational simulations.

Another collaboration began in 2009 when students from LSU travelled to the University of Lorraine in France to conduct high-impact experiments at the National Engineering School of Metz, now a department at UL. A number of joint-journal papers and conferences between the two followed, and, during UL Professor Alexis Rusinek’s last visits to LSU, a new lab called MATEX, or Materials Under Extreme Loading Laboratory, was initiated here that allows for the study of the behavior of materials at high-impact loads.

About the European Academy of Sciences and Arts

The European Academy of Sciences and Arts is an international, non-governmental, and non-profit organisation committed to promoting scientific and societal progress. Founded in Salzburg in 1990 by Felix Unger, Franz Kardinal König, and Nikolaus Lobkowicz, its members are leading scientists, artists, and business experts who are dedicated to innovative research, interdisciplinary collaboration, as well as the exchange and dissemination of knowledge. Among its members are 32 Nobel laureates.