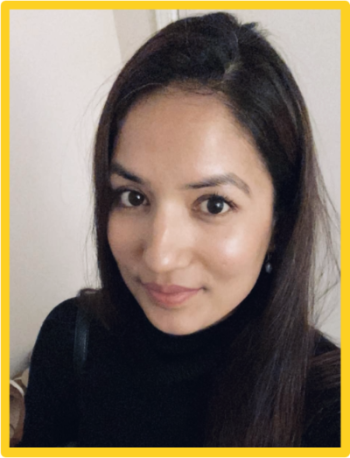 BATON ROUGE, LA – LSU Computer Science PhD candidate Simron Thapa is the first female Nepali student pursuing a PhD in CS at LSU. A PhD candidate in the Imaging and Vision Lab (IVLAB), Thapa joined LSU in the fall of 2015 as a CS graduate student working under LSU Division of Computer Science and Engineering Professor and Chair Bijaya Karki.

While pursuing her master’s, Thapa received a grant from the SuperComputing Conference in Salt Lake City for attending and volunteering. She also served in leadership roles in several LSU student organizations—as a graduate school senator in LSU Student Government, a communications officer in LSU Women in Computer Science, vice president and web coordinator in the Nepalese Student Association at LSU, and was involved with TEDxLSU.

Thapa completed her thesis with Karki, her master’s advisor, and they developed a novel interactive web-based visualization application for atomic position-time series data analysis. Their work was presented at the American Geological Union in 2017.

After receiving her master’s in 2017, Thapa began studying for her PhD and had the opportunity to work with LSU CS Assistant Professor Jinwei Ye in the IVLAB.

“Our lab conducts cutting-edge research in the area of computer vision and computation photography,” Thapa said. “In my PhD research, I work towards solving challenging vision issues while imaging in dynamic transparent media, such as solving vision difficulties due to flowing water or hot air/long-range turbulence. We solve the problems by designing physically-constrained and tailored deep neural networks for specific problems.”

Thapa’s first paper, which she wrote with Ye and LSU CS postdoctoral associate Nianyi Li, was published in the Institute of Electrical and Electronics Engineers (IEEE) Conference on Computer Vision and Pattern Recognition as an oral publication. The top-tier conference has an acceptance rate of less than 5 percent.

“It was an accomplishment for the team, as well as a boost to my future career,” Thapa said.

In recognition of her work with Ye and Li, Thapa was awarded the Grace Hopper Conference Student Scholar Award in 2020. She had the opportunity to listen to and interact with several female personalities from researchers and industry leaders to world-class athletes and others.

“I highly encourage the younger women in STEM to participate in such events where we are certain to learn different aspects of life from several motivating stories from amazing women around the globe,” Thapa said.

In 2020, Thapa was recognized as a 3M RISE (Raising Influence in Science and Engineering) Scholar and presented her work to senior research scientists and team leaders at 3M. Soon after, she was offered a full-time position as a senior data scientist in the SIBG Lab in Minneapolis. Thapa encourages other STEM students to apply for the annual 3M RISE event in order to better their job opportunities.

She also plans to defend her thesis this month and earn her PhD from LSU in CS later this summer.

“My journey took blood, sweat and tears,” Thapa said. “There were times when things did not make any sense and it was very tempting to break down. However, a constant appreciation of simpler things that life has to offer and gratefulness for any support you can get does the trick to push yourself to keep moving, learning, and exploring new ventures.” 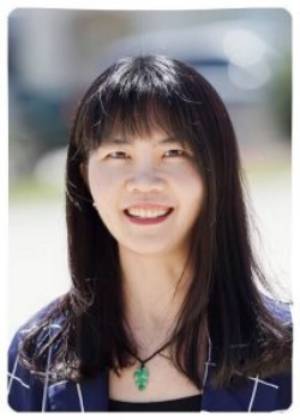 CS Postdoctoral Associate Li, who has worked with Thapa and Ye in LSU’s IVLAB, has had her own share of success, receiving a job offer recently for a tenure-track assistant professor position in Clemson University’s Computer Science department. While at LSU, Li has worked on several computational photography-related projects. She also developed a couple of machine-learning algorithms to reconstruct the dynamic 3D-fluid surface, as well as restore distorted images through transparent turbulent media.

“Specifically, I have designed a computational architecture to remove the non-rigid distortion resulting from either highly turbulent water or hot air,” she said. “In addition, we proved that by adding physical constraints to regular deep neural networks, and by exploring the physical logic behind the problem, we can largely improve the performance of most neural networks.”

Before coming to LSU, Li was a postdoctoral associate at Duke University working under Professor Maciej Mazurowski in the Carl E. Ravin Advanced Imaging Laboratories (RAI Labs). Li received her PhD in Computer and Information Sciences at the University of Delaware and earned her B.E. in Electronic and Information Engineering at Huazhong University of Science and Technology in Wuhan, China. Her research interests are in object detection, image super-resolution, light field rendering, and medical image segmentation.