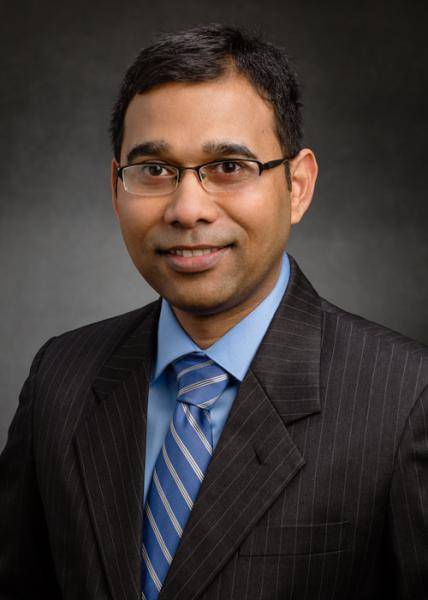 BATON ROUGE, LA – LSU Mechanical Engineering Professor Manas Gartia was recently given a National Science Foundation CAREER Award for his project, “Multimodal Approach for Label-Free Imaging of Lipidomic Changes in Brain,” which seeks to establish a method to image lipids, or fatty acids, in brain cells and tissues.

Specifically, Gartia is investigating whether Alzheimer’s Disease is associated with an altered lipid distribution in the brain. This knowledge could lead to new therapeutics and/or diets targeting specific lipids in the brain to improve the outcome in Alzheimer’s patients.

The award is $500,005, and the duration is for the next five years. Gartia is collaborating on the project with Professor Joseph Francis, LSU School of Veterinary Medicine, and Kermit Murray, LSU Department of Chemistry. He also worked on the award proposal with his graduate students Ardalan Chaichi, Alisha Prasad, Nishir Mehta, Abid Hassan, and Sushant Sahu, who is now a chemistry instructor and researcher at the University of Louisiana at Lafayette.

“The first objective [of the project] is to develop a super-resolution nonlinear microscopy system,” Gartia said. “This technique will allow us to look deeper into tissues which traditional microscopes do not. The second objective is to use the … microscopy system to image the chemical profile of cells and tissues. This will allow us to detect cellular changes in several common diseases, including cancer, Alzheimer’s, and cardiac disease.

“The third objective will combine the nonlinear microscopy with Raman spectroscopy to image lipids in the brain during the progression of Alzheimer’s Disease. Using these two techniques together will enable us to characterize the chemical changes in Alzheimer’s with high accuracy.”

The end result, Gartia said, would be a new method that could be utilized to design new drugs that target Alzheimer’s. Additionally, it might be possible to predict if a patient would respond to a particular therapy.

“If we find a strong correlation between certain lipids and Alzheimer’s Disease, we might be able to predict the early onset of Alzheimer’s from blood testing or testing the cerebrospinal fluid,” Gartia said. “Signs of early onset Alzheimer’s begin between a person’s 30s and mid-60s.

“The first symptoms of Alzheimer’s vary from person to person. Currently, it is detected through brain PET scan and through cognitive and memory testing. However, if some biomarker could be detected in blood, we could identify people with a high risk of Alzheimer’s before the symptoms appear.”

A further aspect of the CAREER Award is that it allows Gartia to integrate his research objectives with educational ones. He will partner with the Louisiana Art & Science Museum in Baton Rouge to participate in its “Engineering Day” program and work with area middle and high school students through LSU’s ENGage program. Additionally, he will involve underrepresented and minority students in the research by recruiting them through a partnership with the LSU Office of Strategic Initiatives, Kenilworth Science and Technology School, and East Baton Rouge Public Schools.