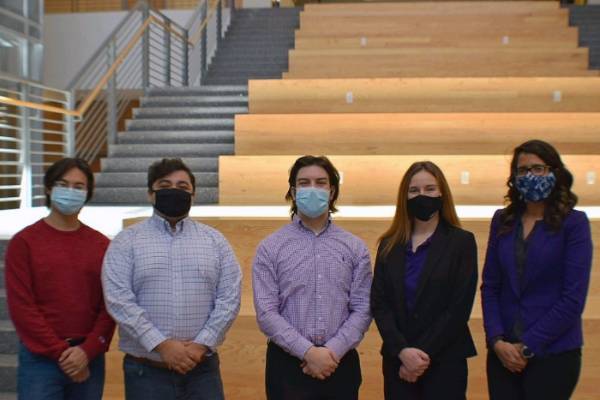 BATON ROUGE, LA – LSU Computer Engineering senior and Ogden Honors College student Brianna Robertson is serving as a team leader on a project, in collaboration with Dr. Michael Dunham of the LSU Health Sciences Center in New Orleans, that will aid non-specialists, trainees, and physician extenders through the development of a mobile device for the autonomous diagnosis of skin lesions. This device will not only help pediatric patients, but has also garnered attention from NASA to help astronauts in space.

The way the device would work is someone holds the device, inputs patient information, then takes a photo with it that goes into a convolutional neural network (CNN) powered by an on-board NVIDIA graphic processing unit (GPU). This GPU will process the images through a three-part neural network architecture—an object detector, a Transfer Learning CNN, and a dense network for additional patient information. The diagnosis will be displayed onscreen and temporarily saved to the device until transferred to the patient profile or device shutdown.

In describing a CNN, Robertson said, “Imagine an image of a dog. There’s a kernel that moves along the edge of the dog, and with each movement, it takes pixel values and associates them together. It pools these numbers together over and over until it classifies the right diagnosis. In this case, a skin lesion.”

Technology like this would not only serve medical patients but potentially astronauts in space. 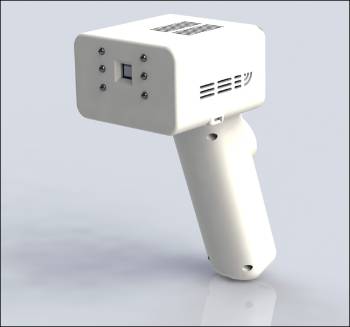 “NASA’s interest lies in using artificial intelligence for assisting in medical diagnoses,” Robertson said. “For instance, if one of the astronauts becomes ill and the astronaut physician’s specialty is outside of the scope of the current ailments, AI can help enhance their diagnosing capabilities. As we move closer to Mars missions, there is a 30-minute delay between what happens on Mars and what we hear back on Earth. So, if something were to happen that would have to do with medical ailments, leveraging AI technologies can prevent catastrophe.”

She goes on to state that the key difference between her team’s device and NASA’s is LSU’s is stand-alone.

“NASA is looking for an all-encompassing device to save space on the shuttle,” she said.

After graduating in the fall of 2021, Robertson plans to attend graduate school and hopefully work for NASA, having already completed a co-op with them during her junior year.