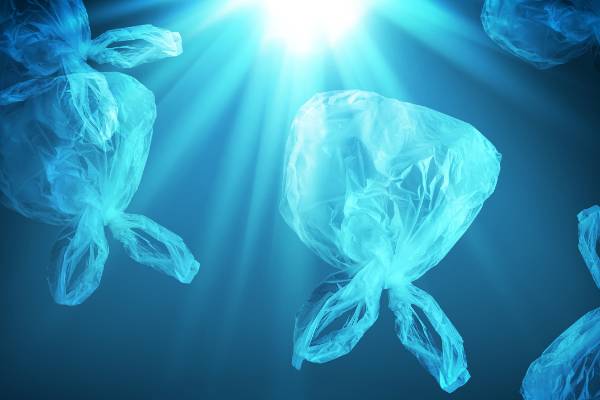 BATON ROUGE, LA – Micro/nanoplastics have become increasingly common in our environment over the years because of the gradual aging and weathering of discarded plastic waste. This waste, however, is not just present in the ground and bodies of water. In the past five years, it has also been detected in the atmosphere.

Sunlight-induced oxidation and aging of the plastic waste increases its wettability and ability to disperse in water. From there, it has the potential to be transported into the atmosphere by incorporation into aqueous aerosol droplets such as fog, smog, and mist.

LSU Chemical Engineering Professors Bhuvnesh Bharti and Kalliat T. Valsaraj are working to address this issue in a new, two-year research project, which is funded by a nearly $300,000 award from the National Science Foundation Chemistry Division.

“It is well-known that the photooxidation of macroscopic polymeric material makes it hydrophilic, i.e., water-loving,” Bharti said. “We believe that similar principle holds for microplastics and that photoxidation will make them more ‘dispersible’ in water. An increase in the water dispersability of microplastics may enable their incorporation within aerosol droplets and transportation into the atmosphere.

“Our work investigates the potential increase in dispersibility of microplastics upon exposure to sunlight. This is critical because any consecutive biological and environmental impacts of these ubiquitous materials will depend on their dispersibility in water.”

The field of microplastics is fairly new and knowledge about their behavior in the environment is still lacking. Bharti and Valsaraj’s study will investigate the effect of photooxidation and solvent pH/ionic strength on the dispersibility of spherical-shaped model micro/nanoplastics made from polyethylene, polypropylene, and polystyrene. These model plastics will be photooxidized under controlled laboratory conditions and characterized for their dispersed state using a combination of small angle scattering, light microscopy, and spectroscopic techniques. This is important in understanding the potential of micro/nanoplastics to be transported into the atmosphere and the effects they could have on human health.

“The most immediate impact of these microplastics would be on the air quality and their corresponding effect on the respiratory tract,” Bharti said. “While our project does not look into these human health aspects, it may provide a model lab-based experimental system for investigating such detrimental effects.”