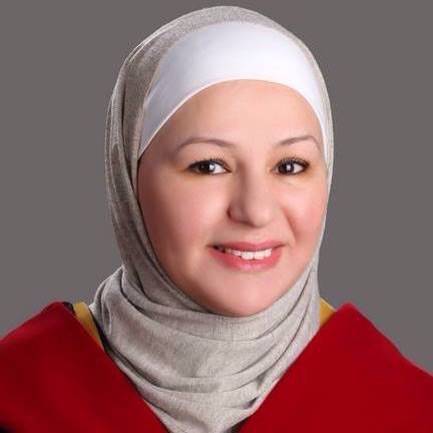 BATON ROUGE, LA – Hana Naghawi, a 2010 LSU Civil Engineering PhD graduate, made history recently when she was promoted to professor in the Engineering School at the University of Jordan.

“At the beginning, when I applied to my promotion, I didn’t know that I was the first female professor … until one of my colleagues pointed this out,” Naghawi said. “When I got promoted, I felt so proud of myself on what I accomplished. Also, I felt so happy and relieved, but above all, I felt confident.

“After my promotion, they told me that I’m also the first female civil engineering professor in all of Jordan. I felt so special and thankful to God.”

Naghawi started her career at the Royal Scientific Society in Jordan in 1997 as a highway engineer. She then worked for Arabtech-Jardaneh Consulting Engineers & Architects as a traffic engineer before moving to the Greater Amman Municipality in 1999, where she started as a highway engineer before becoming head of the road geometric design section.

As a faculty member, Naghawi is involved in several research areas, including operational performance analysis of implementing alternative intersections on urban arterial roads and intersections, development of safety performance functions for urban arterials in Jordan, and the attitudes and motivation behind driver speeding.