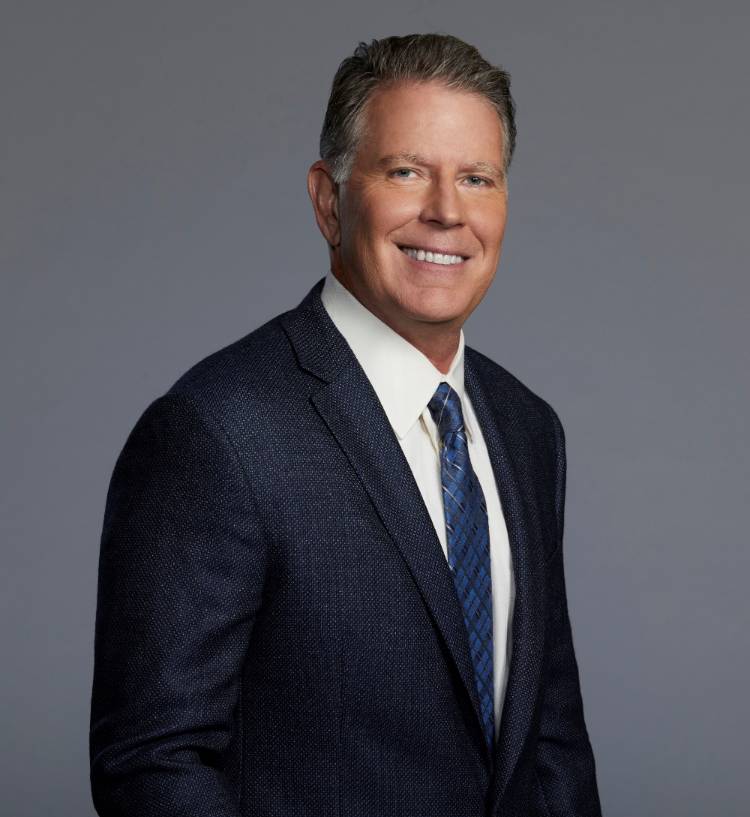 BATON ROUGE, LA – Terry McAulay has led a truly fascinating life. The short version is that he realized his passion for being a referee from an early age; turned his interest in math and computer science into a 26-year career with the National Security Agency; officiated four years in the Atlantic Coast Conference, including Peyton Manning’s last collegiate game; officiated 20 years in the NFL, including three Super Bowls and backsassing Tom Brady; and is currently an on-air rules analyst for NBC Sports’ Sunday Night Football, Football Night in America, and Notre Dame Football telecasts.

Now for the longer version.

McAulay was born in Brownsville, Texas, but grew up in Hammond, La., where his family moved when he was 4 years old. He spent two years at Southeastern Louisiana University before transferring to LSU, where he majored in computer science and minored in math.

“It really was always my plan to do two years at Southeastern and then go to LSU, regardless of major,” McAulay said. “That was what I had decided on early in high school … get a lot of that core out at Southeastern and then finish up those major courses at LSU. I was obviously a big fan of LSU football ever since I can remember and really liked being fairly close to home but still away from home. I loved the campus and everything about it; it was definitely the right decision to do that.”

At the same time, McAulay was officiating local football and basketball games, something he had been doing since high school to earn money and, more plainly, because he had a passion for it.

“I always wanted to [officiate], really from those early days, starting in probably the late 1960s, early 1970s. I could never explain why that interested me,” McAulay said. “It looked like an interesting thing to do and be part of the game, because I always loved sports, and as soon as the opportunity was available, I got involved and fell in love with it right away. This was an avocation and ultimately became a vocation.”

While at LSU, McAulay was interviewed by the NSA, which was recruiting heavily in the south at that time. He thought the work was interesting and, thanks to an increase in funding and personnel by then-President Ronald Reagan, the opportunities were plentiful.

“I started in June of 1982 and got involved with software development right away,” McAulay recalled. “I worked on a distributed transcription system for analysts and scribes, Russian linguists, things like that. My group was one of the first ones that even brought in Ethernet to work with on our system and got really involved learning how that was going to work. It was so large a complex that just about any area you wanted to focus in, you could get into at NSA.”

At the same time, as would be a theme in his career, he was officiating games on the weekends. McAulay would leave his home in the Baltimore area, where he continues to reside with his family, on Saturday and get home late Sunday night, then be at work Monday morning. In the beginning, he worked local high school games before joining a small college organization on the East Coast.

He was fired after one year.

“I would be the first to admit I wasn’t very good my first year,” McAulay said.

The next year, he went to work as a referee for the NCAA Division III Old Dominion Athletic Conference, where he lasted considerably longer—four years. During this time, McAulay worked scrimmages at the University of Maryland and had an encounter with the head coach there who lamented the lack of officials from the “Old Line State.”

“There was no head referee from Maryland in the Atlantic Coast Conference,” McAulay said. “Most are from one of the Carolinas and that just drives coaches nuts, like ‘Where’s my guy?’ Which there is not [a ref that is a coach’s guy], but that’s their thought process. So there was a big push to get a referee from Maryland, and after a couple years of doing scrimmages, they hired me in the ACC as a referee, which is really unheard of. Going from a Division III referee to a Division I referee, that doesn’t happen very often.”

McAulay was enjoying a successful second year in the ACC when he was invited to NFL Europe, a sort of developmental league for players and officials. He had actually been contacted the previous year to apply, after his very first game, as he had been noticed by a scout that was in attendance to check out another official who had applied to the NFL. He would go on to work two years in NFL Europe, as well as two more in the ACC, including officiating his last collegiate game, the 1998 Orange Bowl between the University of Tennessee and the University of Nebraska. The game would crown the national champion, Nebraska, that year and would also be the final time the championship would be decided strictly by polling. It also marked another series of “final times.”

“That was Tom Osborne’s (former coach of Nebraska) last game, it was Peyton Manning’s last (collegiate) game, and it was my last game in college football,” McAulay said.

Later that year, McAulay started his NFL career as a side judge. By his own admission, most likely because he had never been in that role before, he was “one of the worst side judges in the history of the NFL” his first year. He quickly improved, however, even working a championship game in his third season. In 2001, after a couple retirements, he was moved to referee.

“[My first game as a side judge], we opened Ravens Stadium, Baltimore and Pittsburgh,” McAulay said. “It was the very first game there. It was surreal; it really was. I remember very little of the game. I know I missed a block in the back (penalty); somebody else called it, thank goodness, but I missed it. I had a mistake in my very first game. Wasn’t the last that’s for sure.”

Over the next 19 seasons, McAulay would recover from his initial gaffe, officiating three Super Bowls along the way—Super Bowl XXXIX (New England vs. Philadelphia), Super Bowl XLIII (Pittsburgh vs. Arizona) and Super Bowl XLVIII (Denver vs. Seattle).

“The hype is everything you can imagine. The buildup for basically the biggest single sporting event in the world is unbelievable,” McAulay said. “The preparation is a little different, because you’ve got to deal with getting your families there, and tickets, and things you don’t ever do … you’ve got to deal with in preparation for that game. That’s a major change, especially if you’re working your first one.

“Once you get to the stadium, you’re still there to work a game. Once it kicks off, it really is another game. I know people will probably find that hard to believe, but when [you’re at] that level and you’re that focused, it’s about one play at a time. Get it right, go to the next one, whether it’s Super Bowl XXXIX or it’s Week 5 in Detroit.”

The philosophy that carried McAulay through his times officiating on the biggest stage in football, and indeed throughout his career, was instilled in him, in part, by his mentor, former NFL referee Jerry Markbreit, as well as the men he worked alongside.

“I ended up being ‘Mr. Efficiency,’ basically,” McAulay said. “I really was about getting the ball back in play. Giving the announcers, and the fans, and the guy on his couch, ‘Here’s what we just had, now we’re going to go play football again.’ In fact, the joke was, is the camera going to get to me before I’m done making my announcement? It became a problem because some of the producers really didn’t like that.

“There would be regular phone calls to the NFL, ‘Can you ask Terry to slow down?’ And my response was, ‘Can we ask them to speed up?’ The only producer that didn’t do that was Fred Gaudelli, who I now work for on NBC.”

That style was exactly what Gaudelli was looking for when he offered McAulay a job as on-air rules analyst in June 2018, as he was preparing for his 21st season in the NFL.

“I was at mini camp in Baltimore when [Gaudelli] made the offer for me to come to NBC,” McAulay recalled. “I knew all the networks were thinking about it … obviously, Mike Pereira started it (at FOX). It was the right opportunity at the right time. I had a great career; I was in the NFL for 20 years. I officiated for over 40 years and it was a good time to go and do something that is very challenging.”

After pulling double-duty for so many years, working full-time during the week and officiating games on the weekends, McAulay was able to enjoy his first true offseason earlier this year, once the NFL schedule played out and NBC’s football coverage paused until the start of the new season.

If you’ll pardon the expression, after further review, it looks like McAulay made the right call after all.