LaVonda Brown began working at LSU’s College of Engineering in January of this year as an assistant professor in the Division of Electrical and Computer Engineering. She brings 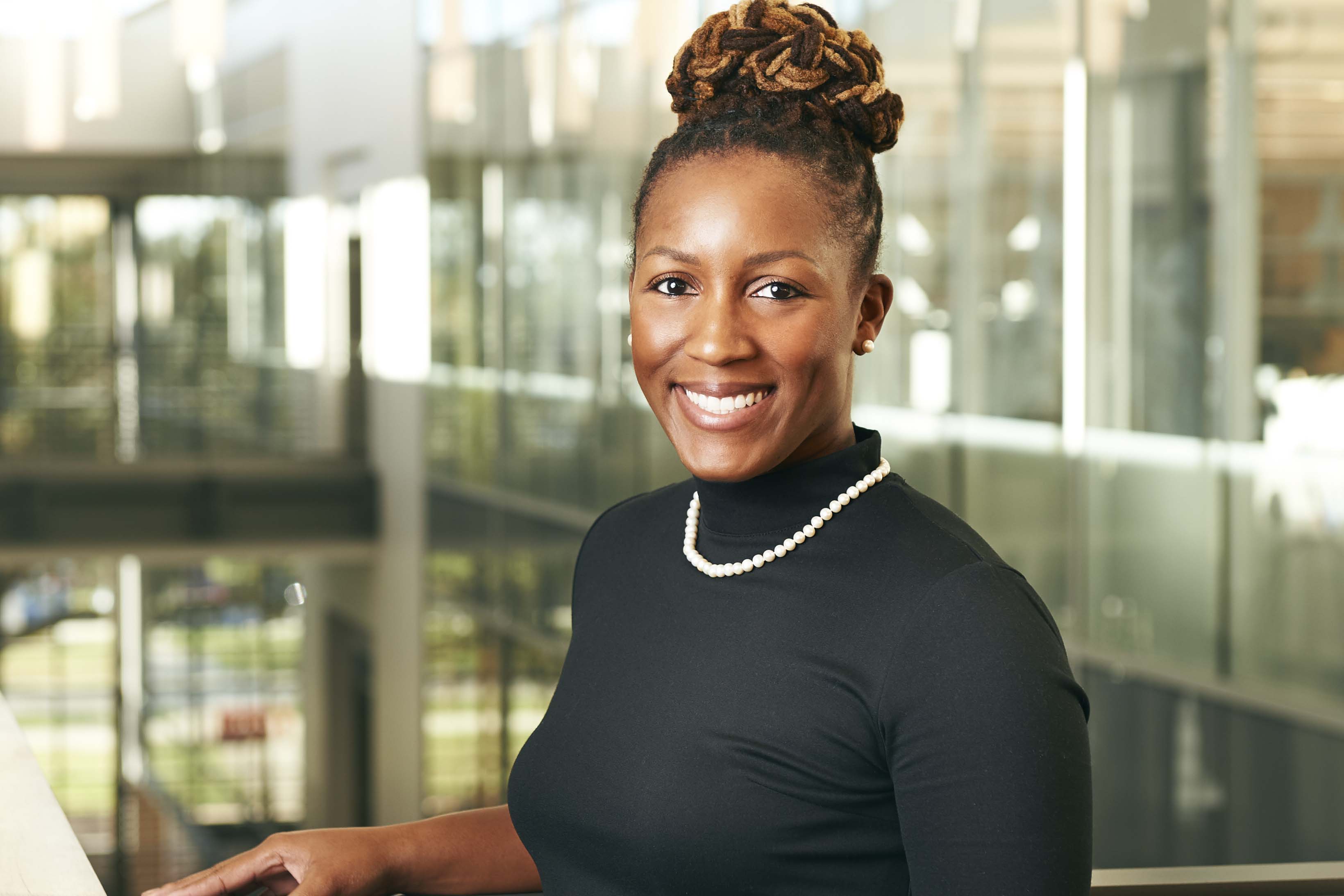 enthusiasm and an interdisciplinary approach to her research.

Prior to coming to LSU, Brown worked as a research scientist for the Emory Health Aging Study (EHAS). There she explored the visual paired comparison (VPC) task, which is a recognition memory test that has shown promise for the detection of memory impairments associated with mild cognitive impairment (MCI).

“Because patients with MCI often progress to Alzheimer’s Disease (AD), the VPC may be useful in predicting the onset of AD,” Brown said. “VPC uses noninvasive eye tracking to identify how subjects view novel and repeated visual stimuli.”

At LSU, her research in this area has continued. She currently collaborates with a team of scientists to develop low cost, easily accessible hardware and software that monitors the eye gaze of patients while viewing image sets, and is leading the development of eye gaze tracking using the built-in camera on various mobile devices.

“During my first five years here, I plan to build a successful research lab that is centered on Healthcare Robotics and Instrumentation,” she said. She hopes to be known in the field as, “a leader who strives to push technology to the next level.”

In addition to Alzheimer’s research, Brown also uses robotic platforms to assist with motor-skill disorders such as cerebral palsy. These robots act as therapists, providing instruction, motivation and corrective feedback.

“Robotics is a great alternative for assisting humans, especially when experienced professionals are limited due to the increasing rate of children with motor-skill disorders,” she said.

When asked what brought her to LSU, she said, “The faculty, staff, and students at LSU definitely sealed the deal.” She added so far she has enjoyed teaching graduate students, getting involved with the undergraduate NSBE chapter, collaborating with faculty members, and contributing to the initiatives set forth by Dean Wornat.