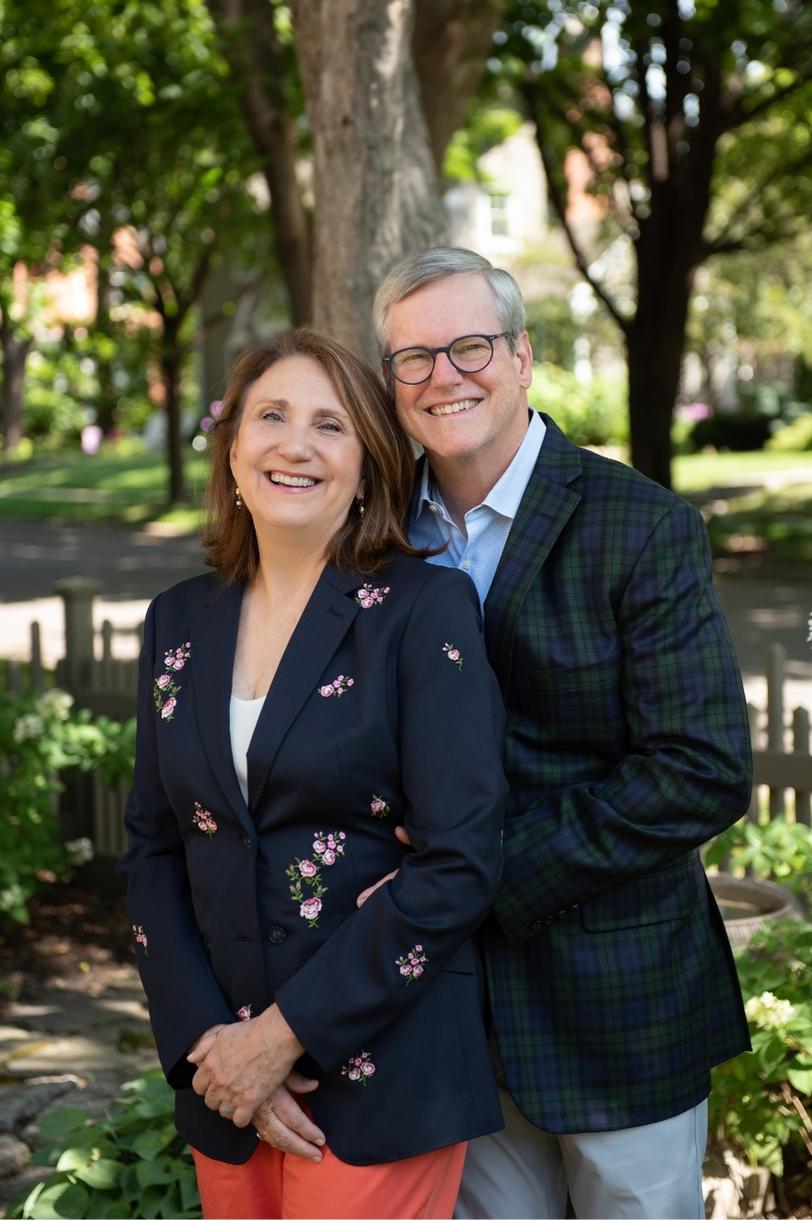 While studying agricultural business at LSU during the 1970s, Michael Venker was first exposed to all the diversity a university can offer.

“The student population at that time in the ag business department had people from Malaysia, Latin America and Opelousas,” he said. “It was very eye-opening.”

It was in those year at LSU that he learned to be sensitive to those from other cultures. Venker said learning about others and learning to respect them became an important part of his education.

“We liked to serve pork at ag business functions, but Muslim students were also members,” he said. “Instead, we would serve seafood or something else.”

Drawing on his experience with diversity and multiculturalism as a student and from his long career with the Cargill corporation, Venker and his wife, Debra Benedict Venker, created a twofold $5 million planned gift to the LSU College of Agriculture. One part of the gift will fund scholarships in the Department of Agricultural Economics & Agribusiness. The second part of the gift will fund scholarships for students of diverse backgrounds.

The Venkers said they are grateful for LSU, the university that gave them fine educations, but also to the student body that educated them in understanding and appreciating diversity.

Michael Venker, a native of St. Louis who grew up in Bloomington, Illinois, came to LSU with hopes of joining the golf team. When that dream did not work out, he immersed himself in the academics and experiences that LSU offered — the vibrant energy of the campus, the stunning architecture, his fraternity and friends. It was at an Acacia-Zeta Tau Alpha party that he met his wife.

“Just entering the campus, it was so different than the Midwest. Baton Rouge is a tropical climate, and behind my home in Bloomington was a cornfield. The plants, the architecture, the live oaks with the hanging moss, it was quite different than anything I had ever seen,” he reminisced. “I was in Johnson Hall my freshman year and it was not air-conditioned. All the windows were wide-open. All the stereos were playing full blast. It was a very loud environment and a very memorable experience.”

Venker said he opted to study agricultural business because of his interest in plants and farming.  Growing up in McLean County, the largest corn-growing county in the Midwest, he was surrounded by agriculture. His love of gardening that started in his childhood also drew him to the profession.

It was during his sophomore year that he began feeling a strong connection to the College of Agriculture. He credits the excellent professors that were in the department at that time.

“We really got a broad perspective of agriculture,” he said. “I think they were very focused on giving us the knowledge that not only could one go back to the family farm but also give you a career in agriculture. The department offered agronomy, horticulture, farm management and economic courses. The economic courses were very good.”

He described his professors as passionate about what they were teaching and agriculture. He said Harlon Traylor, a professor in the department, served as one of his mentors.

“He took interest in my scholastic ambitions and encouraged me to participate broadly in ag economics functions. He was curious and interested in all aspects of business, cultures and people. He shaped my maturity in business,” Venker said of Traylor.

Around the end of his time at LSU, the department started teaching futures trading.

“It was helpful for me when I was interviewing with agriculture businesses that I knew futures trading. In the interview they would ask, ‘How do you know about futures trading?’ I was proud that I learned it at LSU,” he said.

When he graduated in December of 1978, professor Lowell Hill connected him with a research project with the University of Illinois. For a year, Venker conducted a grain flow project in Tilbury, England.

It was the first stop in a long and successful career that took him all over the world and moved him all over the country. His first corporate job was with Ralston Purina. When his division was bought out by Cargill, Venker spent the rest of his career there. He had a 35-year career with Cargill in different divisions of their business.

He retired in 2012 as president of Cargill’s Dressing, Sauces and Oils division. He also served as president of Cargill Salt and Richlands Sales, a fresh produce division Cargill briefly owned. He currently resides in Saint Paul, Minnesota, but spends the winters in Louisiana, Debra’s home state. The couple bought a home in Choudrant, Louisiana, and decided it was a good time to get engaged with his alma mater.

“When I worked for Cargill all those years, I was around a very diverse group of people. I learned to be open-minded about people’s ideas, religion, sexual orientation, who they are and what they believe in,” he said. “The more diversity you have, the more creativity is available. Diversity helps you become a more creative thinker.”

Venker feels that because of his experience at Cargill, a business that was encouraging of employees of all races, genders and sexual orientations, he has a greater appreciation of how that environment fosters greater success for the individual and the organization.

“Becoming a listener and having a chance to work with people different than yourself really makes a difference in your ability to connect with others and your success. In business, especially, being able to connect with diverse customers and suppliers gives you a competitive edge,” he said.

The Venkers support many local charities in the Minneapolis-Saint Paul area. One especially dear to their hearts is Open Arms, a charity founded in 1986 to serve meals to those suffering from AIDS. The charity now serves medically tailored meals to anyone suffering from a chronic illness. Venker has served on its board and as executive director. Debra is a member of the Saint Paul Garden Club, which was established in 1927. The mission of this organization is to promote horticultural knowledge and to restore, protect and improve the environment. SPGC is affiliated with the Garden Club of America, and Debra serves as the current president.

“When planning for our long-term legacy, both Debra and I wanted to support institutions with a strong historical record,” Venker said. “We also want to support institutions that are moving toward the future with the values that we both have gained through our education and experiences. We feel that supporting diversity in agriculture through the LSU College of Agriculture is a good fit for our goals.”