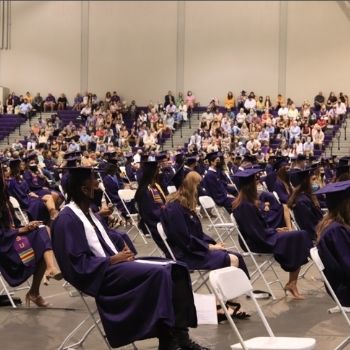 On May 8, the LSU College of Agriculture conferred 219 degrees to graduates. The college has 189 students who received their bachelor’s degrees, 19 received master’s degrees, and ten students received a Ph.D. The spring 2021 graduates represented 35 Louisiana parishes, 15 states, and 11 countries.

Layni LeBlance was also recognized as a Distinguished Communicator through LSU Communication Across Campus.

There were 36 students presented with University Latin Honors, having maintained a GPA of at least 3.7. View the full list of Latin honors below.