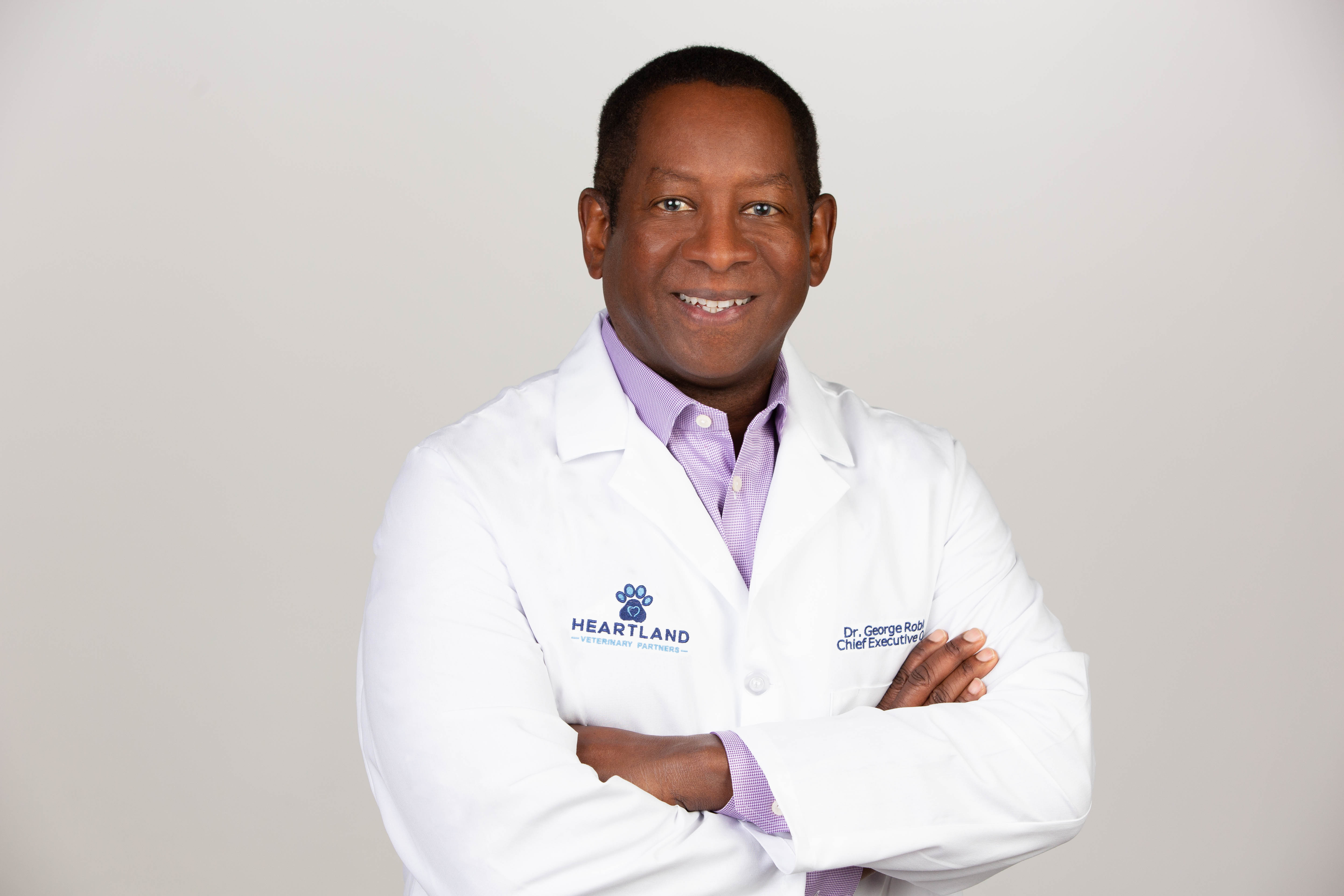 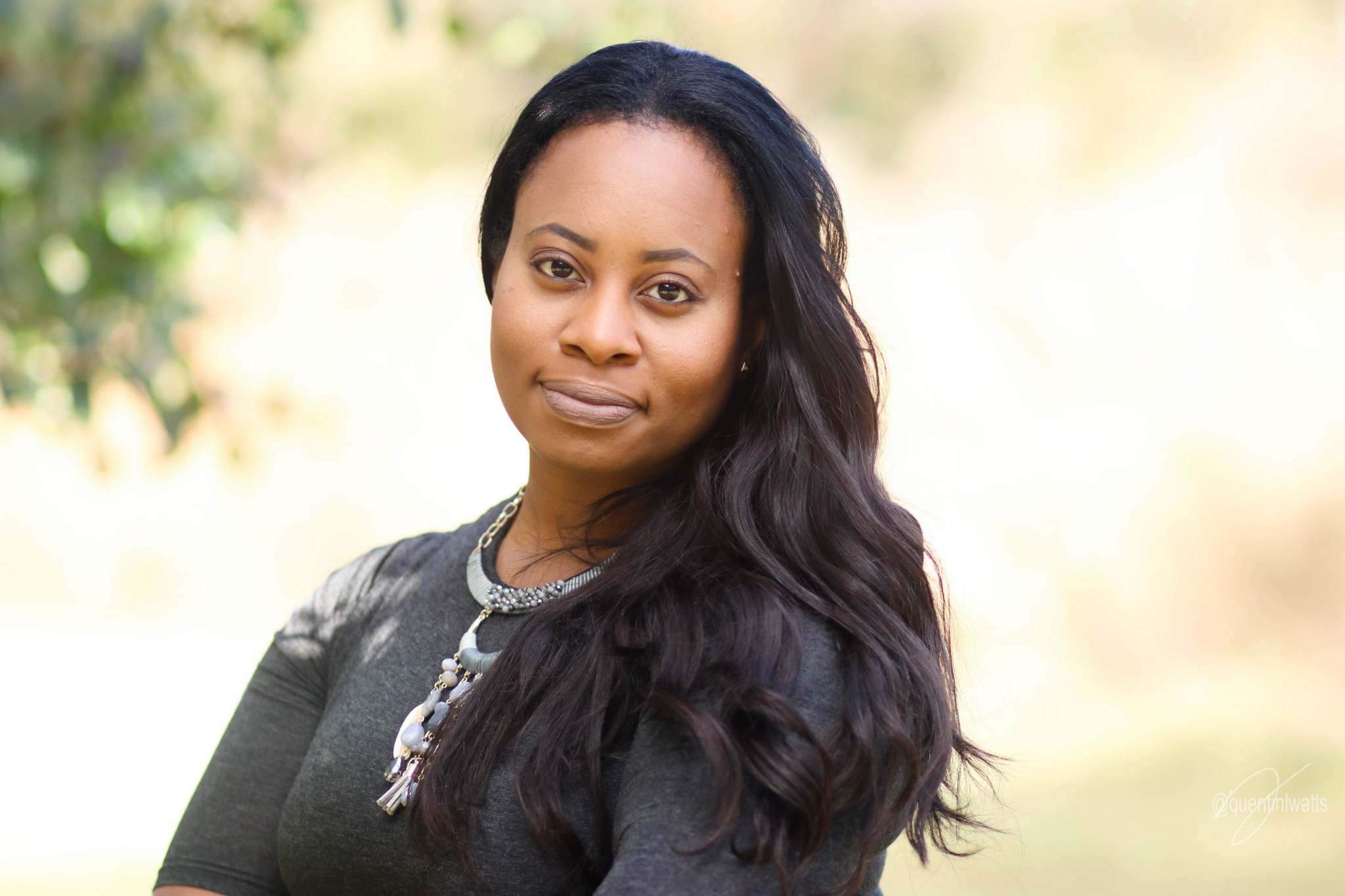 Of 1,448 students admitted to the LSU SVM in the past 14 years, 28 were African Americans, an average of about 2 percent. According to 2019 statistics from the U.S. Bureau of Labor Statistics, African Americans make up less than 1 percent of the occupation. By comparison, African Americans comprise 13.4 percent of the total population, according to the U.S. Census Bureau. Nine out of 10 veterinarians in the U.S. are white, according to the Veterinary Information Network News Service, which ran a recent interview with Dr. Robinson and others discussing what it was like to be black in one of the most homogeneous professions in the country.

“I wanted to give these students an opportunity and serve as a role model for advancing their careers, to show them, ‘if I could do it, you can do it.’ A scholarship facilitates that by removing financial barriers and providing incentive,” he said.

Founder, former CEO, and vice chair of the Heartland Veterinary Partners Board of Directors, it was Dr. Robinson’s passion to create a legacy at his alma mater.

“I got a top-level veterinary education at LSU,” he said.

Dr. Robinson’s collective gifts to the LSU SVM exceed $650,000. With the equity group, they recently sold Heartland Veterinary Partners, a veterinary hospital acquisition and support organization with more than 150 clinics that generated over $200 million in less than five years.

He’s still very involved in the company and remains a strong influence on its culture.

His business acumen stems from recognizing in his own early practice what he knew he wanted—and didn’t. He immersed himself in self-directed study, found experts, and asked them for information. He found he had a talent for the business side of veterinary medicine, sold his practices in New Orleans, and joined a corporate group, where he was rapidly promoted into upper management.

“The culture of a company is everything because culture guides people’s decisions. The foundation of a company is its people. If we’re asking them to climb a mountain, we need to know what is important to them to get their best efforts,” he said.

“When I thought about what I wanted to do in the drudgery of everyday life that would make me happy to get up every morning, I decided I wanted to be a veterinarian,” said Robinson, whose early mentor was Clyde Raby, DVM, who practiced in Baton Rouge.

Dr. Robinson holds a master of science in public health degree from the Howard University School of Medicine, and a B.S. from Southern University. He previously served as vice president of the Louisiana Board of Veterinary Medicine and is currently a class agent for the LSU SVM Class of 1981. He a member of the LSU Foundation Board of Directors.

Throughout his career, he has remained a practicing DVM. His clinical interests are avian medicine, and small animal orthopedic and soft tissue surgery. He enjoys lecturing, teaching, and sharing his knowledge through journal articles, media, and mentorship.

“Anyone who wanted to know what it was like to be a vet, I would let them volunteer at my place,” said Robinson, who practiced veterinary medicine for 18 years in New Orleans and visited public schools wearing his white lab coat so that children could see a veterinarian who looked like him.

“Kids who maybe never thought they could be a veterinarian would see me and realize it was possible. I may have been the first black vet they ever saw. Seeing me was a motivator. We’ve got to use every tool in the toolbox,” he said.

Amber Fairley will be the first recipient of the Robinson Scholarship. She will begin at the LSU SVM in August of 2021.

He wants Fairley and many others to have the chances he had, hopefully in an environment where they feel less alone.

“When I was a vet student, the African-American employees, particularly the janitors, knew me personally because I was the black kid. They wanted me to make it, and I felt that support. If I fell asleep in the study carrels, they woke me up with words of encouragement. Vet school was grueling. They let me know I wasn’t alone,” Dr. Robinson said.

The scholarship will fund all four years of Fairley’s veterinary education at the SVM and support her plan to pursue a career in laboratory animal medicine. She is a commissioned officer in the U.S. Army.

Recipients of the scholarship will be full-time first-year students pursuing a Doctor of Veterinary Medicine degree at the SVM and maintaining a cumulative grade point average of 3.0 or above. In the interest of promoting diversity in enrollment and encouraging enrollment by historically under-represented ethnicities at the SVM, the scholarship will be awarded to African-American students until such time as enrollment parity is achieved. Consideration for this scholarship is based on the information prospective students provide in their admission application. No separate application is required. Financial need may be a consideration in selecting recipients.

About the LSU SVM

The LSU School of Veterinary Medicine is one of only 32 veterinary schools in the U.S. and the only one in Louisiana. The LSU SVm is dedicated to improving the lives of people and animals through education, research, and service. We teach. We heal. We discover. We protect.

Amber Fairley, 30, has been named the first recipient of the Robinson Scholarship at the LSU School of Veterinary Medicine. She will begin her studies at the LSU SVM in August.

The scholarship will fund all four years of Fairley’s veterinary education at the SVM and will support her plan to pursue a career in laboratory animal medicine.

“I am so grateful to Dr. Robinson for this opportunity to pursue my career goals,” Fairley said.

Fairley is a commissioned officer in the Texas Army National Guard. Upon becoming a veterinarian in the Army, she plans to utilize the opportunity to participate in the Long-Term Health Education and Training Program to complete either a Ph.D. or master’s in public health and devote her career to research and development in veterinary medicine.

The daughter of a human resource specialist and retired Army tank mechanic non-commissioned officers in the Army, she is oldest of eight children. Fairley is the first in her family to earn a college degree. She holds a B.S. from Grambling State University, where she was in the Research Initiative for Scientific Enhancement for Minority Students, which seeks to increase the capacity of underrepresented students in the biomedical sciences to complete Ph.D. degrees. She holds a master’s degree from Texas Christian University. She joined the military in 2016 and completed the ROTC program at TCU.

A Hattiesburg, Miss., native now of Fort Worth, Texas, Fairley was accepted to two veterinary schools. She was attracted to the LSU SVM for the diverse educational experience with animals its curriculum offers.

While working as a research laboratory technician, she met SVM 1986 alumnus Dr. Egeenee Daniels, director and veterinarian of the Department of Laboratory Animal Medicine at the University of North Texas Health Science Center. He was the first African-American veterinarian she had ever met. Dr. Daniels connected her with his wife, also a graduate of the LSU SVM, Dr. Rhonda Daniels, with whom she worked for approximately three years.

“I am flexible and open to opportunities. I’m interested in protecting animal wellbeing in research. I have an appreciation for wildlife conservation,” Fairley said.

Her first memory of caring for animals was at 5 years old. She found a snake that had been run over, put it around her neck, and took it home to the consternation of her family. “I wanted to help because he had been badly injured,” she recalled. As a child, she would often sneak animals and insects home and hide them so she could care for them.

Fairley went on to volunteer at SeaQuest in Fort Worth, Texas, on the Bird and Reptile and the Marine teams and with Wings of Hope Equitherapy.

She was deployed to the Middle East the first nine months of 2020.

“It’s a sacrifice to leave for long tours of duty. Currently, I’m on active duty with the National Guard serving as the human resource officer for the largest battalion in the Texas Army National Guard.” Her annual service commitment is one weekend a month and two weeks during the summer.

This summer, Fairley will move to Baton Rouge, where her sister, Rhegene is currently a student at Southern University Law Center.