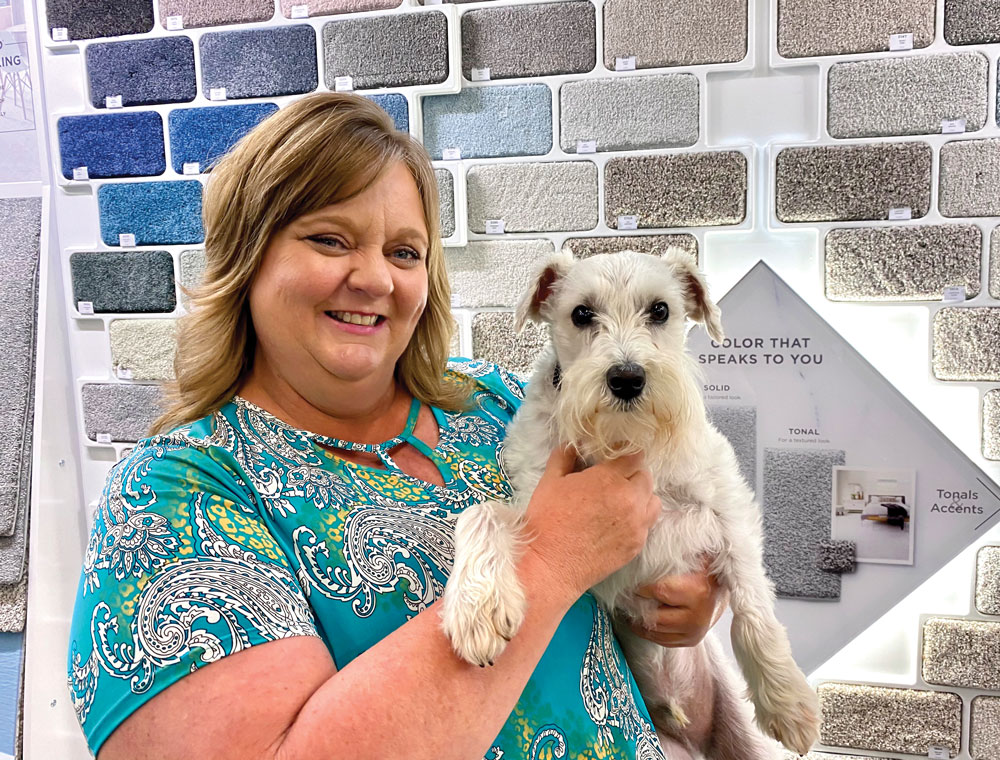 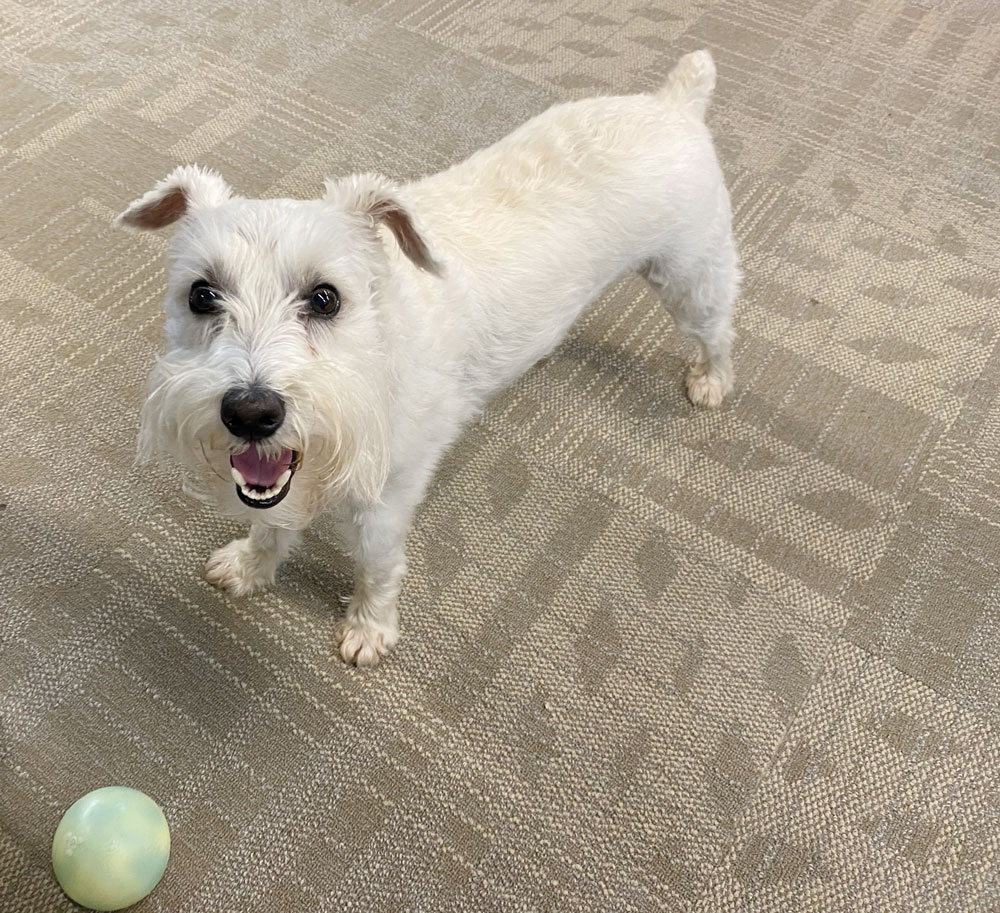 BATON ROUGE - Beau was eight weeks old when Vicki Hubbard first brought him home. Her daughter had encouraged her to get the miniature schnauzer as a remedy for a broken heart, and Beau didn’t disappoint. He was her constant sidekick and even went to work with her.

In December 2019, Beau, now 5, was hit by a car. Hubbard rushed him to her Baton Rouge veterinarian, who told her to spend time alone with him because he was dying. Yet, each time Hubbard entered the examination room, Beau perked up. The veterinarian noticed and advised her to take the dog to the LSU School of Veterinary Medicine Emergency and Critical Care Services to see if his life could be saved.

“I brought him to LSU on a Friday. Three doctors came out right away to take care of him. They said, ‘We’ll do what we can for him,’” Hubbard said.

Virginie Wurlod, Dr.med.vet., DACVECC, assistant professor and head of the LSU School of Veterinary Medicine’s Emergency and Critical Care Service, was on duty when Beau arrived.

“He was unstable, in critical condition. He had traumatic brain injury, a collapsed lung, internal bleeding, and wounds,” Dr. Wurlod said.

Her team went to work monitoring his heart rate, inserting a urinary catheter, supplementing his oxygen, and delivering fluid and antibiotics through an IV. They inserted a chest tube so that a machine could suction air from the chest cavity allowing Beau’s lungs to expand and function.

The team devised a plan that Jamie Hui, DVM, internal medicine resident, presented to Beau’s owner. One option was to remove a lung. The other option: to inject Beau’s own blood into his chest. Hubbard chose the second option, the least invasive.

“The whole afternoon was a blur. I was so afraid I’d get a call after I left saying he’d passed away in the night,” Hubbard said.

When she returned to see Beau Saturday morning he wasn’t standing or walking. She crouched down and talked to him.

“You have to be strong. You have to pull through this, I told him,” Hubbard said.

When she returned Saturday afternoon, Beau stood up in his kennel.

“Everyone was shocked,” she said.

Beau’s clinical team advised her not to return on Sunday because Beau became overly excited when he saw her. The critical care team spends days and nights with injured or diseased animals to ensure they’re doing well and to adjust treatments as necessary.

“When I couldn’t be there, the veterinarian at LSU sent me a video, and it touched my heart. I cried and smiled at the same time watching it. Beau stumbled a few times, but I knew he was going to be okay,” Hubbard said.

Without seeing her constant companion for 24 hours, Hubbard became determined to take Beau home. She returned on Monday with her husband and mother as reinforcement. However, Beau’s doctor said she wanted to keep him for one more day, and Vicki agreed. She brought him home Tuesday.

“He wasn’t 100 percent neurologically normal when discharged after four days, but we knew he would be seen by his regular veterinarian for follow up,” Dr. Wurlod said.

At home, Beau slept a lot for the first few weeks.

“I know his body was still healing,” she said.

Now, Hubbard says Beau is 98 percent back to his normal self. He hops in her car every morning and accompanies her to work at Steve Hubbard Floor Coverings, the Baton Rouge business her family has owned for 35 years. Beau guards the house when Hubbard and her daughter, an LSU senior studying Human Resources, Leadership, and Development, attend LSU football games.

“Beau is an example of how an animal with trauma can arrive in a horrible state, often recover well, and have a great quality of life,” Dr. Wurlod said.