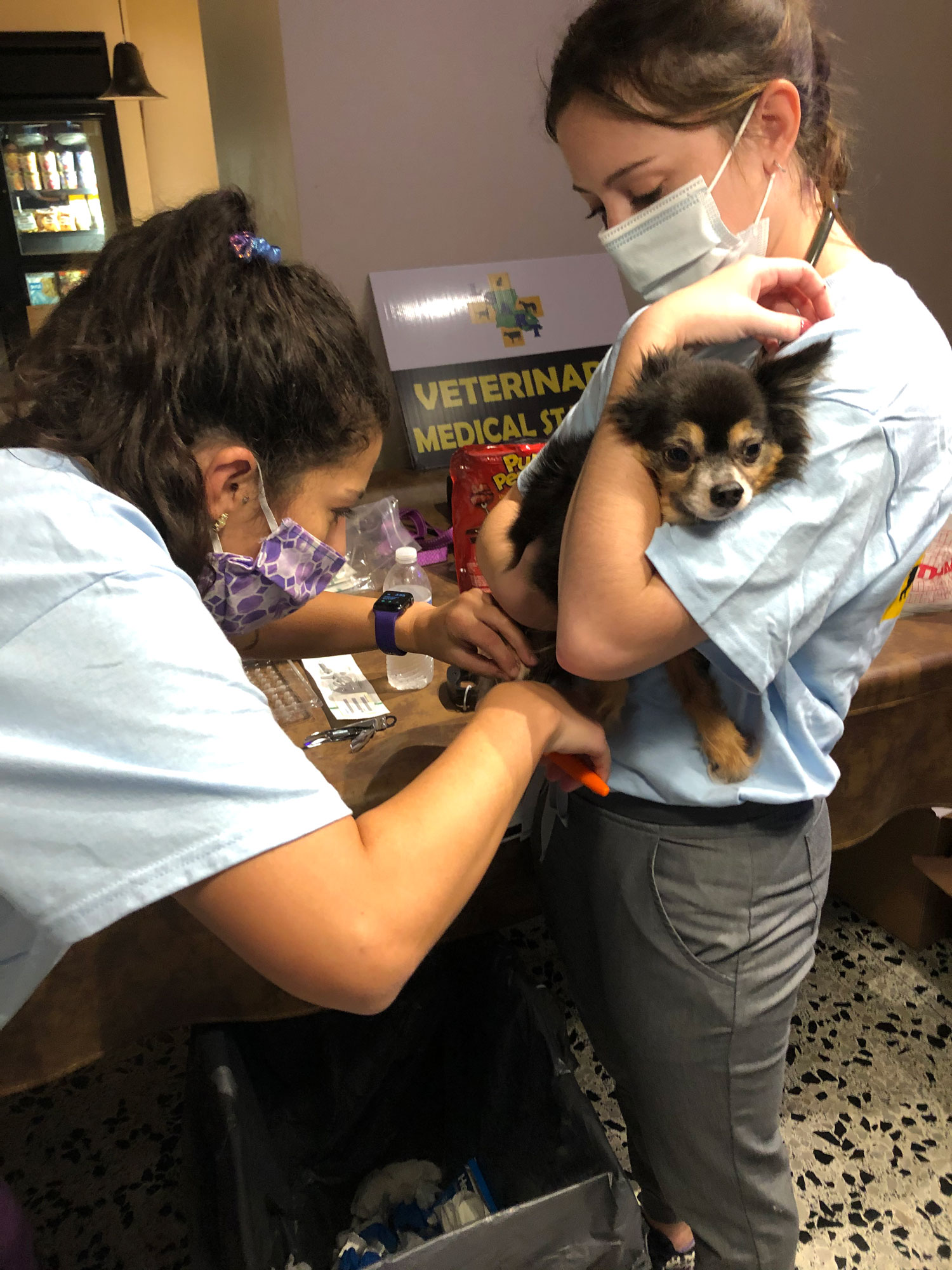 BATON ROUGE—In partnership with the Louisiana State Animal Response Team, the LSU School of Veterinary Medicine’s Disaster Response Team began mobilizing as Tropical Storm Marco and Hurricane Laura looked as if they would strike the Louisiana coast. “As responders, we began taking care of and preparing our homes, making sure everything was in order in case we had to leave for an affected area, and making sure our emergency supplies were packed so we could respond quickly,” said Brandy Duhon, DVM (LSU SVM 2013), instructor in Veterinary Clinical Sciences.

One of the good things to come out of Hurricane Katrina in 2005 was the LSU School of Veterinary Medicine has amassed a great deal of experience in preparing for and responding to disasters and helping animals affected by them. Our faculty and staff now train others to come to the aid of animals following disasters. The LSU SVM’s disaster response efforts began with Hurricanes Katrina and Rita and have continued with Hurricanes Ivan, Gustav, Isaac, and Laura; the 2010 Gulf Oil Spill, the Mississippi River flooding in Tennessee in 2011, the flooding in south Louisiana in 2016, and smaller scale rescues including vehicular accidents and flood rescues.

Some animals were transported to the LSU SVM Veterinary Teaching Hospital for further treatment, and the weekend of September 19, LSART and the LSU SVM Disaster Response Team traveled to New Orleans to vaccinate animals that evacuated with their owners due to Hurricane Laura.

Photo: The LSU SVM Disaster Response Team traveled with LSART to New Orleans to vaccinate pets evacuated due to Hurricane Laura. Julia Fincher is trimming nails, and Marley McInnis is holding the dog.