What Role do Hurricanes Play in Sediment Delivery to Subsiding River Deltas? 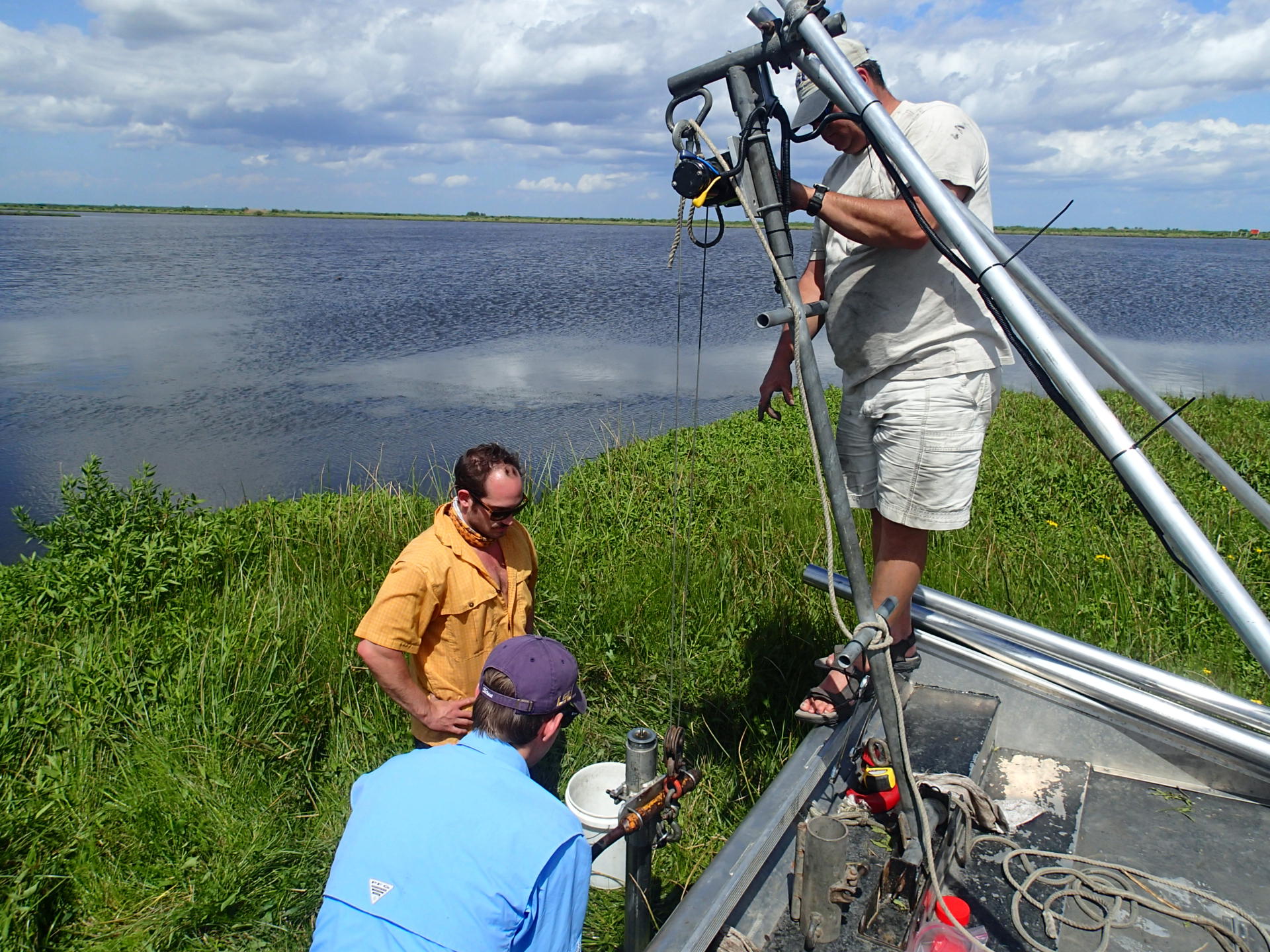 Geology graduate James Smith is the lead author of a report that suggests that the Mississippi River is a key contributor to wetland development. The article, published December 2 in Scientific Reports, a Nature.com journal, provides the first account relating the long-term input of sedimentation to the Mississippi Delta from both hurricane flooding and river flooding spanning many decades.

The article is based on Smith's senior thesis, supervised by Sam Bentley, LSU geology professor and Billy and Ann Harrison Chair in Sedimentary Geology, and Gregg Snedden, ecologist with the U.S. Geological Survey. 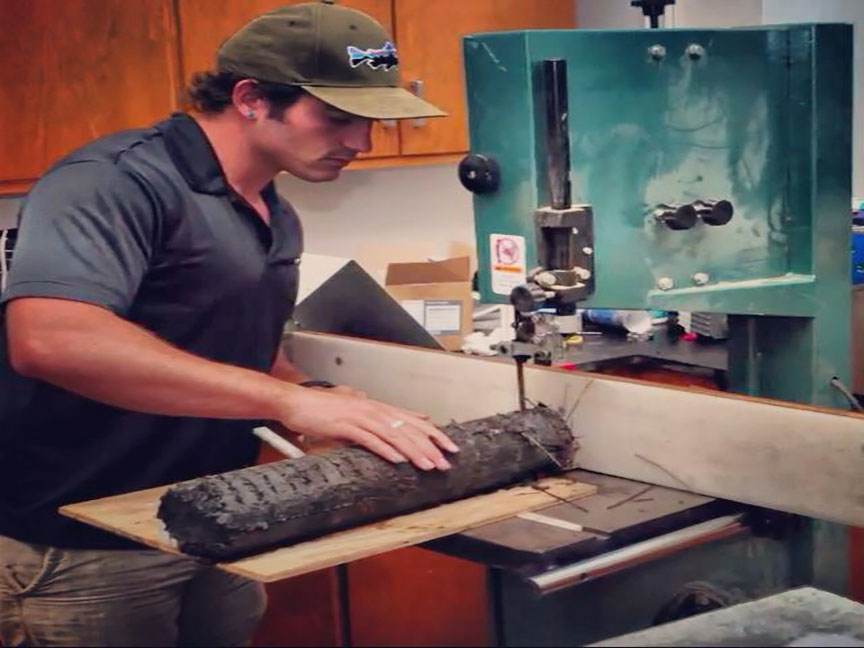 A group of established scientists have suggested that despite the destructive abilities of hurricanes, these giant tropical storms may actually be more effective at delivering sediment to river deltas than the river floods that many scientists consider to be the primary sediment source. This argument of hurricane dominance infers that the construction of river diversions for coastal restoration is an ineffective approach to coastal restoration.

The results in Smith's paper show otherwise. Although hurricanes are an important sediment delivery mechanism to Mississippi River Delta wetlands, their sediment contribution to these areas is substantially less than the amount of sediment supplied by existing and planned river-sediment diversions under present river conditions. According to Smith, "understanding the processes that allow the marsh surface to accrete vertically through time, within a system, is a valuable tool when proposing/designing plans to best conserve Louisiana’s wetlands."

Smith, who graduated with his bachelor’s in geology from LSU in May, became interested in this research shortly after his sophomore year at LSU. With only a few geology courses left to take in his final two years of college, he decided to get involved in a research project. Bentley gladly accepted him into his lab and the project took off.

When asked what are the next steps for this research project, Smith responded that he will "try to unravel contributions from the Canaervon Freshwater Diversions over the past 20+ years, extend coring sites to the gulf end of the basin to try to capture regions where sediment may have been eroded during hurricane events, and finally export the methods applied in this study to other locations across the Louisiana coast to compare results and determine the large-scale contributions of fluvial and event driven contributions."

Smith is currently applying to graduate programs across the country for the fall 2016 semester. "I hope to pursue graduate research in sedimentary geology with applications of shallow surface geophysics," said Smith. His ultimate goal being "to become a complete sedimentologist, studying all aspects of sedimentary systems throughout various time scales."