James William Robinson was born in Kidderminster, England. He attended high school at the King Charles I Grammar School, endowed by Thomas Blount in 1566 “for the instruction of youth in good letters and manners.” Jim was proud to be the first alumnus of King Charles I to receive a PhD. He was an honorary life member of the Old Carolians Association for former pupils of King Charles I. He served in the British Royal Airforce as a pilot during World War II. He earned his degrees in Chemistry from the University of Birmingham, England: Bachelor of Science with Honours (1949), Doctor of Philosophy (1952) and Doctor of Science (1978). He began his career with the British Civil Service as a Senior Scientific Officer.

Featured in Episode 1 and 3 of "Strange Evidence" Season 2

Presidential Award for Excellence in Science, Math, and Engineering Mentoring

We are also pleased to announce that Cyril & Tuttle Vetter Alumni Professor George G. Stanley has been named the recipient of the 2018 LSU Outstanding Service Learning Faculty Award that recognizes "exceptional and sustained commitment to integrating quality service-learning activities in at least one academic course.” More details after the Awards Ceremony on May 2nd.

H. Dupont Durst received his BS from LSU in 1965, engaging in undergraduate research, with Professor Bill Patrick, on the inorganic chemistry of soils. Durst describes “Dr Pat” as an “incredible man and a tremendous mentor.” Durst went on to earn an MS in Biochemistry at LSU, completing a thesis under the direction of Gerald Risinger, “On the Mechanism of the Thiamine Catalyzed Reductive Dimerization of Farnesyl Pyrophosphate to Squalene.”

Graduate Student Symposium Planning Committee (GSSPC): A team of 7 LSU Chemistry graduate students - Ashley Fulton, Peter Kei, Nichole Kaufman, Judith De Mel, Chris Sumner, Tia Vargas and Josh Lutz - put together a proposal for a symposium entitled “Artificial Molecular Machines and the Next Generation of Molecular Control.” They were selected in a nationwide competition by the current GSSPC from the University of Florida.

Assistant Professor Daniel G. Kuroda has received a 2018 NSF CAREER Award for his research project, “Molecular Characterization of Motions, Interactions and Structure of the Lithium Salts in Organic Solvents via Non-Linear Infrared Spectroscopy.” These prestigious early-career awards are given to “faculty who have the potential to serve as academic role models in research and education and to lead advances in the mission of their department or organization.”

Kevin Smith to Receive 2018 Florida Award of the ACS

Professor Kevin Smith, LSU Foundation Distinguished Professor, has been named the recipient of the 2018 Florida Award of the American Chemical Society. This award was established in 1952 to recognize leadership and contributions toward the advancement of the profession of chemistry. Nominees must be residents of the Southeastern United States and must have made outstanding contributions to teaching, research, publications or service in advancing the profession.

Patrick F. Taylor Chair for the Environmental Impact of Hazardous Waste. The Department of Chemistry, housed within LSU’s College of Science, seeks to appoint a distinguished scientist to pursue an innovative research program in the development of technologies to monitor, treat, and reduce or eliminate hazardous environmental contamination, with the goal of sustainable chemistry and a scientific basis for alleviating state, national, and international environmental contaminant problems. The Chair was endowed by a generous gift from the late Patrick F. Taylor and matching funds from the State of Louisiana. The previous holder of the Chair was the late Professor Harold “Barry” Dellinger who represents the caliber of person we are seeking.

Assistant Professor Noémie Elgrishi’s, “A Practical Beginner’s Guide to Cyclic Voltammetry” with postdoctoral mentor Jillian Dempsey and other co-authors
Kelley Rountree, Brian McCarthy and Eric Rountree has just been named an Editors’ Choice article in the Journal of Chemical Education.

In Fall of 1997, Professors George Stanley and Pat Limbach began sending LSU students out into the community to teach a thematic set of scientific concepts to a class in a local school. The lessons featured exciting, hands-on demonstrations … and so was born ChemDemo.

Assistant Professor Ken Lopata has received an Early Career Award from the US Department of Energy (DOE). This program, now in its eighth year, supports the development of individual research programs of outstanding scientists, at universities and national laboratories, early in their careers and stimulates research careers in the disciplines supported by the DOE Office of Science. The grant is for $750,000 for a period of 5 years, starting September 2017, from the Basic Energy Sciences Division..

Following a nationwide search over the past couple of years, we are delighted to announce that Professor Mario Rivera will be joining LSU Chemistry in Spring 2018. He will be the inaugural William A. Pryor Chair in Chemistry. The chair honors the legacy of Professor Pryor’s research in the field of oxidative biology and free radicals. The primary criterion for the chair is that research interests lie at the interface of chemistry, biology and medicine, with clear relevance to human health.

Super Science Saturday (SSS) is a free Science, Technology, Engineering and Math (STEM) education event for students in kindergarten to 12th grade, parents, and anyone interested in seeing science in action. SSS is sponsored by LSU Chemistry, the Baton Rouge local section of the American Chemical Society (ACS), and LSU Athletics.

On Thursday, August 3rd, College of Science Dean, Cynthia Peterson, hosted a “lunch and learn" for emeritus and retired faculty. The event was held at the new LSU Foundation Center for Philanthropy on Nicholson Drive. The meeting was well-attended, with Chemistry proudly outnumbering the other departments. Over lunch, Dean Peterson introduced herself and shared the video of her TEDxLSU talk from earlier in the year titled “Science and All That Jazz”.

Zehua Zhou’s winner image of the 2017 ATCC Photo Contest, which shows human HEp2 cells co-stained with endoplasmic reticulum (ER) tracker and a BODIPY synthesized in my laboratory by former PhD student Ning Zhao (graduated with PhD in December 2016, co-advised by Vicente and Smith).

A Celebration of the Contributions of the Coates Family

Each Spring, LSU’s Office of Research & Economic Development, in collaboration with the Campus Federal Credit Union and the Council on Research selects “rainmakers” at three different career stages. There are parallel awards...

Visiting Louis Haber’s lab in the Department of Chemistry at LSU is like visiting a neighborhood lit up for the holidays. In the lab, a long table is adorned with hundreds of small metal stands holding mirrors of various shapes. Laser beams bend their way around the table like reflections...

On Friday, September 23rd, the Department of Chemistry hosted the 2016 Benjamin Pierre Boussert Lecture. The lecture was delivered by Professor Delia Milliron of the University of Texas at Austin. Delia and Benjamin were graduate students together in the Alivisatos Laboratory at UC Berkeley.

Dr. Saundra McGuire's receives an Award from the ACS - Congratulations! 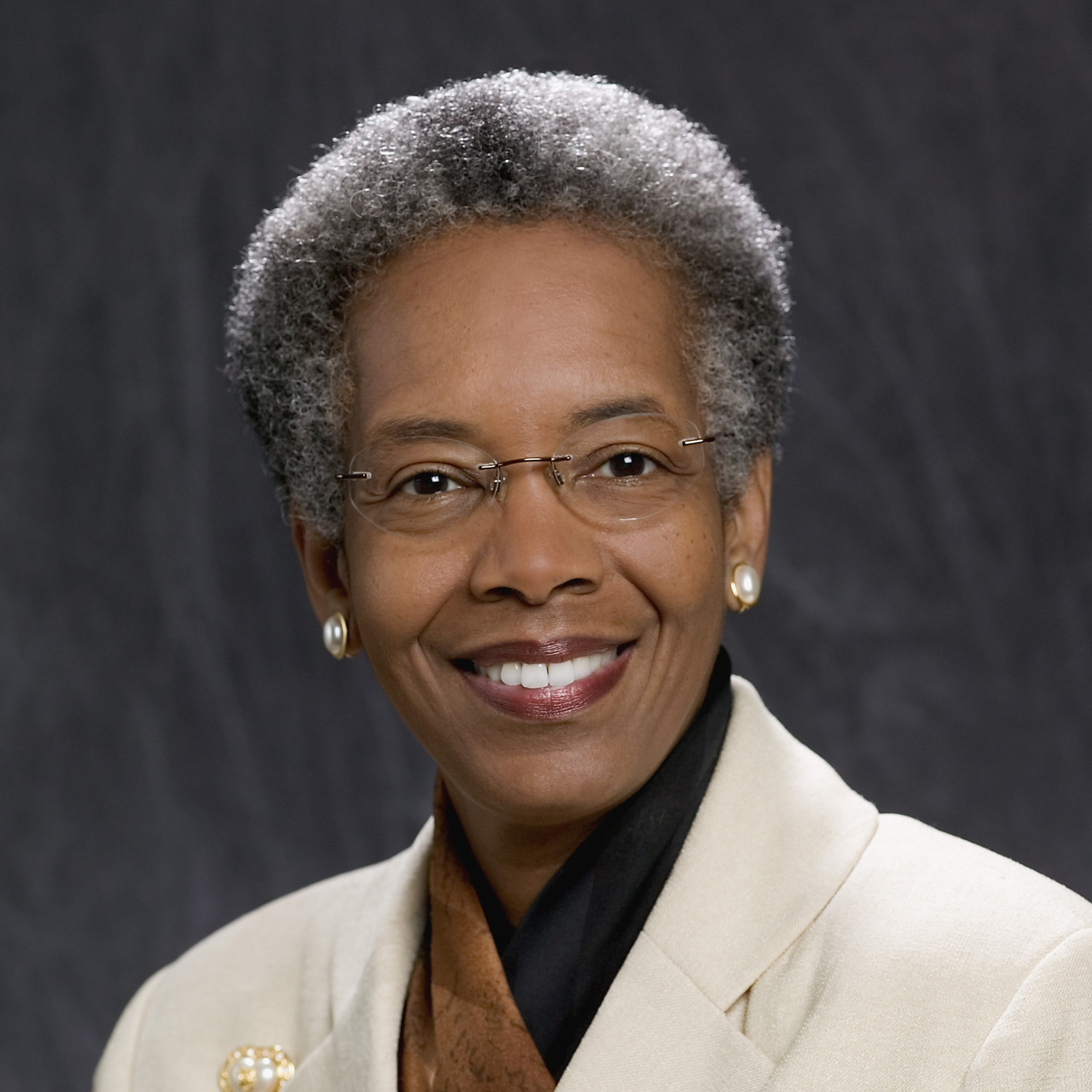 In recognition of her work and the thousands of students she has impacted, McGuire has been awarded the 2017 American Chemical Society, or ACS, Award for Encouraging Disadvantaged Students into Careers in the Chemical Sciences, sponsored by the Camille & Henry Dreyfus Foundation.