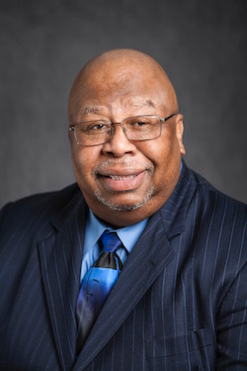 BATON ROUGE, February 9, 2021- Professor Isiah Warner is the recipient of the 2021 ACS Division of Analytical Chemistry J. Calvin Giddings Award for Excellence in Education. The award recognizes scientists who have enhanced the personal and professional development of students in analytical chemistry.

“I am very pleased to receive this recognition for my years of dedication to education of students,” said Warner. “It is an especially great honor when your peers recognize you for the work that you have done.”

Warner has contributed to science education and diversity efforts at LSU for the past three decades. Established in 2001 under Warner’s leadership, the LSU Office of Strategic Initiatives (OSI) coordinates institutional efforts in creating and implementing programs and conducting educational research focusing on mechanisms for maintaining and enhancing student education (particularly for women and minorities) in science, technology, engineering, and mathematics (STEM). OSI and its collaborators have brought in more than $50M in external grants to support these STEM education efforts.

In addition to his success in establishing impactful mentoring programs and communities, Warner is considered one of the world’s experts in the analytical applications of fluorescence spectroscopy and application of ionic liquid chemistry to solid phase materials. He has several patents, has published more than 380 peer-reviewed articles, and has served on numerous National committees, including National Academy committees.

Warner’s commitment to excellence in teaching, mentorship, and research has impacted the academic and career development of countless students from high school to doctoral level across multiple disciplines, particularly in chemistry.  In fact, Warner’s efforts contributed to the LSU graduate program in chemistry becoming the nation’s largest producer of African-American PhDs in chemistry and number one in the country for the percentage of women that receive PhDs.

“Dr. Warner helped me to build skills and confidence in research that I never thought were possible for myself,” said Dr. Stephanie Vaughan, U.S. Naval Research Research Center Post-doctoral Researcher and former gradute student of the Warner research group. “I am forever grateful for Dr. Warner coming into my life and being part of my village.”

“He has an amazing ability to make a student believe in him or herself,” said Brea Manuel, former undergraduate mentee and current doctoral student at Emory University. “Graduate school has been the toughest thing in life thus far, but with Dr. Warner's guidance, I've been able to persevere through all of the difficulties.”

Professor Warner provides mentees with life- and career-changing guidance and encouragement to improve their skills and advance their scientific careers. He guides them in becoming hardworking, motivated leaders and instills confidence in their research and leadership ability.

“I always tell students that your background is determined by your past. It is how hard you are willing to work that determines your future,” Warner said.

Warner’s outstanding mentoring and teaching achievements have been recognized by his receipt of numerous awards, including: the Presidential Award (President Clinton) for Excellence in STEM Mentoring in 1998; the 2000 AAAS Mentor Award for Lifetime Achievement; the 2003 ACS Award for Encouraging Disadvantaged Students into Careers in the Chemical Sciences; 2016 SEC Professor of the Year; Top 10 Mentors, Analytical Scientist's Power List in 2017; and the Nature Award for Mentoring in Science in 2019.

A plaque and monetary gift will be presented to Professor Warner at the Analytical Division Award Symposium at the ACS fall 2021 National Meeting in Atlanta, GA.