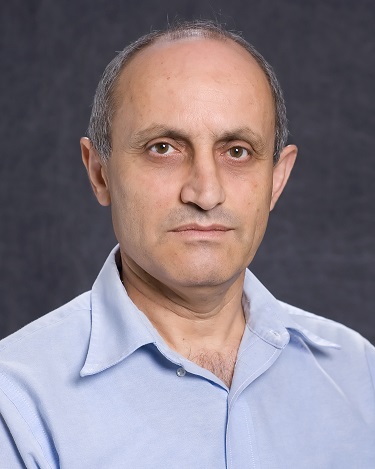 BATON ROUGE, December 8, 2020- In a game of hide and seek, LSU’s Dr. Lavrent Khachatryan has spotted his opponent, the environmentally persistent free radical (EPFR). EPFR’s are invisible to the naked eye, making them a worthy challenger for the chemistry expert.

EPFR’s exist all around us and in large quantities. From the tops of trees to the air around us, these pollutant particles are a danger to us all.

“These radicals, when we inhale them, they go into our lungs and cause problems through chemical processes that create active radicals, especially hydroxyl,” Khachatryan said. “Particularly, hydroxyl radicals may cause problems within the cells bodies and accelerate break down of tissue.”

EPFR’s are more prominent in high industrial areas as they are primarily formed by combustion and thermal processes. As organic materials burn, a byproduct is released, and that byproduct interacts with metal particles to form the EPFR’s.

Khachatryan leads a group of researchers in the Materials Core at the LSU Superfund Research Center (SRC) who study how these specific radicals are formed, how long they can stay in the environment, and how they can regulate the formation or destroy these radicals. As well as leading the study, Khachatryan also is an assistant chemistry professor (research) at LSU.

Unlike other active free radicals, EPFR’s are stable compounds, which means that they can last a long time in the atmosphere and on surfaces. Since these compounds are existing longer, there is an increased time length for which we can become exposed and harmed by them.

“We are trying to identify these types of radicals, and then generate these radicals in the Materials Core at LSU Superfund Research Center,” Khachatryan explained. “We prepare these radicals using different laboratory methods, and then we send them off to our biology colleagues where they investigate the behavior of these radicals with different biological environments.”

These radicals, however, are not yet standardized and listed as hazardous, which renders Khachatryan’s research that much more important. The research team at the LSU SRC, led by director Dr. Stephania Cormier, hope to protect people, particularly those who work and live near high industrialized zones, by exemplifying these radicals’ danger and eliminating them from the surrounding areas.

Khachatryan was born and raised in Armenia, a country that lies just south of the great mountain range of the Caucasus and neighbors Iran and Turkey. Growing up, Khachatryan found he was gifted with chemistry talents and enjoyed all that the subject entailed.

“I remember I was very good at solving chemical tasks,” Khachatryan said. “I liked it, and it was very easy for me. I don’t know what the reason was, but I liked to solve chemical problems and perform chemical experiments.”

Khachatryan reminisced on his younger years and explained that he was good at physics and mathematics as well in school, but it was the chemistry that he fell in love with.

He went on to study at the tertiary level in chemistry from high school and worked in several places, including Armenia, New Zealand and Prague, before landing here in the Boot.

The SRC research team has already conquered the first step of the battle, seeking out the EPFR’s and learning where they come from. The second step now is to figure out how to end the fight and eliminate the pollutant nemesis.

“There are so many processes in which these radicals are formed,” Khachatryan said. “We need to suggest something to add to these processes to stop the formation or limit the number of these radicals.”

Khachatryan will remain in Louisiana for the foreseeable future and continue his influential research on EPFR’s to assist people’s health behind the scenes.