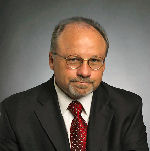 Our work is focused on developing new tools for analyzing biological macro­molecules, including DNA and proteins. Specifically, we are interested in fabricating miniaturized systems for mutation analysis (diagnostics), isolating cells from mixed populations, developing systems for high throughput protein analyses and evolving new technologies for DNA sequencing as part of the Human Genome Initiative. In order to build devices specifically for molecular analyses, our research spans many sub-areas, such as polymer-based micro- and nano­machining, fluorescent probe development, construction of ultra­sensitive detection apparati and nano-biology (performing molecular biological reactions in small volumes). In addition, we are currently working with collaborators in several areas, such as mechanical engineering, molecular biology, surface science, materials, organic chemistry and mass spectrometry. Provided below is a short description of a few of our many projects. To facilitate these multi-disciplinary efforts, our group is part of the Center for BioModular Multi-Scale Systems on the campus of LSU, which is focused on building enabling tools for discovery in the life sciences and clinical applications in medicine.

Mutations (wrong order of the DNA building blocks) in coding regions of genes can serve as important markers for the early diagnosis of genetically related diseases, such as breast cancer, cystic fibrosis and sickle cell anemia. One of our projects involves developing novel tools for the efficient detection of mutations in K-ras genes associated with colorectal cancer. In addition, we have a project focused on capturing cancer cells in circulating blood which carry cell surface markers associated with breast cancer. These projects (funded by the National Cancer Institute) involve collab­or­ations with our Center forAdvanced Micro­structures and Devices (CAMD) to fabricate high-aspect-ratio molding tools to hot-emboss devices in various polymers, such as poly (methyl­methacrylate) or polycarbonate. These devices are used to prepare the DNA sample (isolate DNA from various body fluids), amplify the number of DNA molecules to be analyzed via PCR, discriminate the normal DNAs from mutant DNAs using mutation screening reactions, sort the DNA by size in an electric field and detection using miniaturized laser-induced fluorescence fiber optic detectors of DNA tagged with colored dyes possessing unique photophysical properties. Figure 1 shows some of the devices we have fabricated using our established micro- and nano-manufacturing techniques.

Another example of our research is focused on developing tools for the capture of low abundant cells from mixed populations in clinical samples. For example, devices are being constructed to collect rare circulating tumor cells from whole blood using microfluidics. Circulating tumor cells can be present at a level of 1-10 cells per milliliter of blood with the level of normal cells (red blood cells and white blood cells) being substantially higher (10 million per milliliter of blood). Therefore, we have developed a device to capture these rare cells using an affinity capture method that can pre-select the tumor cells with high efficiency and clear the red and white blood cells. The tumor cells are then quantitatively counted using a non-labeling process, which consists of running the cells through a pair of electrodes and measuring the solution conductance. Figure 2 details the system and shows micrographs of tumor cells captured and counted from whole blood using this system.

Our research is also directed toward improving the process of identifying proteins comprising the proteome. We are developing an integrated system that can pre-select a certain sub-population of proteins from the proteome and then efficiently identify those proteins using mass spectrometry interfaced to a fluidic system. The system consists of the following processing steps: (1) Solid-phase capture using an affinity bed of the protein sub-population to be analyzed; (2) two-dimensional electrophoresis platform for isolation of the constituent proteins; (3)solid-phase bioreactors to digest the isolated proteins into peptide fragments; (4) capillary electrochromatography unit for the high-resolution separation of the generated peptides and (5) interface to a mass spectrometer for identifying the peptides and consequently, the proteins. An example of our system and the results generated for protein fingerprinting is shown in Figure 3.

Another interesting project involves developing single molecule detection methods for the real time molecular screening of mutated DNAs. We have developed an assay that can provide molecular signatures of disease states in < 5 min using single molecule detection. The assays utilize a ligation reaction, which forms a molecular beacon that contains two fluorescent dyes at their ends. Using a microfluidic device and confocal fluorescence detection, we can obtain information on the presence of point mutations in genomic DNA in less than 5 minutes, nearly 20 times faster than what can be done with conventional instrumentation. In Figure 4 is shown data accumulated using this assay format.

A. Benedetti-Pichler Award in Microchemistry

Editorial Board, The Analyst, 2000-present