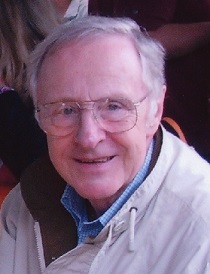 Klaus Fischer was born in 1936 in the small farming village Kunzendorf/Biele in the then German Province of Silesia, now named Trzebieszowice, Poland. There he went to elementary school until the expulsion from their homeland in 1946. The family got settled in Suedlohn/Westphalia in western Germany, where he continued his elementary education and completed Middle School in the neighboring town Stadtlohn in 1954. Two years of schooling as a technical chemist (Chemotechniker) followed. After a one-year stint in a major chemical company, he registered as a chemistry student at the University of Tübingen in Tübingen, Germany. There he was awarded the equivalents of BS (1960) and MS degrees (Diplom-Chemiker-1963) and the Doctor of Natural Sciences in Chemistry (organic synthesis) in 1965. After two years of postdoctoral work at the University of Texas at Austin, he joined the faculty of the Department of Chemistry at LSU in 1967. From 1968 to 1970, he had to return to Europe due to visa regulations, where he held a position of Assistant in the Organic Chemistry Institute at the University of Zürich, Switzerland. Klaus served on the Faculty at LSU (since 1979 as Professor of Chemistry and from 1997 to 1999 as Charles Barré Professor) until his retirement in 1999. He was also an Adjunct Professor of Botany during the 1990s. From 1999 to 2003, he was Professor and Chair of the Department of Pharmacognosy, and Research Professor, RIPS in the School of Pharmacy at the University of Mississippi in Oxford, MS.

While at LSU, Klaus’ hobbies included singing in the bass section of the Baton Rouge Choral Society (later Baton Rouge Symphony Chorus). He could be seen jogging or at the tennis courts on the LSU Campus. Since his retirement, he and his wife Helga enjoyed traveling. He is presently working on the genealogy of his family and the history of his lost homeland Silesia. This study resulted in two books.

Our research program in natural products chemistry involved the study of organic compounds from higher plants with a primary focus on the isolation, structure determination, chemistry, biomimetic and biosynthetic studies of terpenoids, in particular, sesquiterpene lactones. Our major early research was directed towards the areas of biochemical systematics (chemotaxonomy) in genera of the sunflower family. Furthermore, bioassay-guided searches for bioactive metabolites were performed and chemical modifications of active natural products gave information about structure-activity relationships. Other areas of attention included the isolation, chemistry and biosynthesis of natural polyacetylenes from plant hairy root cultures as well as chemical and mechanistic aspects of chemically mediated plant-plant interactions (allelopathy) in the Florida Scrub.

Our research was based on long-term collaborations with scientists at LSU and other Institutions. I wish to acknowledge their invaluable contributions and thank them for their collaborative efforts, which not only led to scientific advancements, but life-long friendships. Thanks to Professor Abner Hammond, Entomology, for our combined effort to bring the first GC/MS to the LSU Campus. In the LSU Chemistry Department, I wish to thank, among others, my colleagues and friends Professor Emeritus Steven F. Watkins and Dr. Frank R. Fronczek for their excellent X-ray contributions to our structure studies. Professors Lowell E. Urbatsch, Director of the LSU Herbarium, and Prof. Tod Stuessy at Ohio State made major contributions to our biochemical systematic studies and Professor Bruce Williamson introduced me to the exciting allelopathy work in the Florida Scrub. LSU’s Chemical Engineering Professor Martin Hjortso provided hairy root cultures for our chemical and biosynthetic studies. Also, many thanks to Professor Scott Franzblau, now Director of the Institute of Tuberculosis Research at UIC in Chicago for his tuberculosis-related collaboration. My very special thanks go to Professor Leovigildo Quijano at UNAM, Mexico City, who was always available, when the LSU “Phytofarmers” needed him.

Last not least, I wish to thank my wife Helga and all my former graduate students and undergraduates, as well as postdoctorals and visiting scientists, who worked hard to further our knowledge of plant natural products and their biological and ecological functions.