Trace metals have been known for a long time to play many important roles in biology.  Our research investigates one of those roles, i.e., the function of redox active metals and metal clusters in metalloproteins.  Metalloproteins constitute some of the most important class of enzymes.  Many of these enzymes are involved with the fundamental reactions needed for life on this planet, e.g., respiration, photosynthesis and nitrogen fixation.  In these reactions metals or metal clusters are often at the active site.

Currently our group is investigating one of those processes, nitrogen fixation, which catalyzes the fixation or reduction of N2 into ammonia:

Over half of the fixed nitrogen on earth comes from nitrogen fixation while the remainder is produces by either chemical fertilizers (i.e., Haber-Bosch process) or generated in the atmosphere by lightening.

The nitrogen fixing enzyme, Nitrogenase, contains two of the most complex metal clusters found in Nature, the P-cluster (Fe8S7), which has an electron transfer function, and the FeMo cofactor (MoFe7S9C-Homocitrate), which serves as the enzyme’s active site (Figure 1).

EPR spectroscopy is always used in conjunction with MCD spectroscopy.  Both spectra are complimentary in that they rely on the same parameters (i.e., the spectroscopic g factor and spin state).

The results of these studies will be of great interest to inorganic chemists as well as to the section of the chemical industry focused on the synthesis of inorganic catalysis. 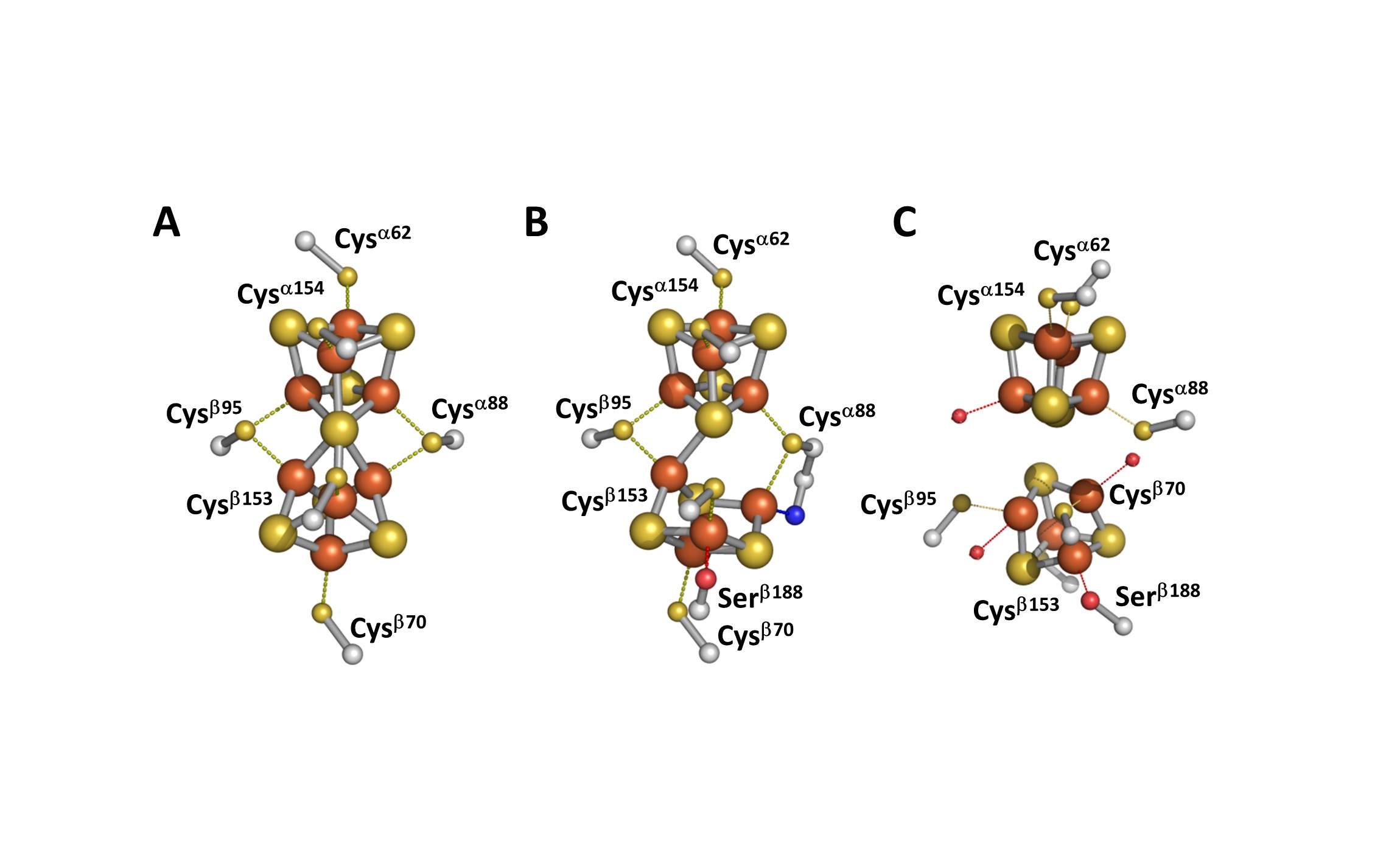 Figure 1: Structure of the P-cluster in the (A) reduced (PN) and (B) oxidized (P2+) states.  Also shown is the proposed structure of [Fe4S4]-like clusters in the P-cluster precursor protein, DnifH NifDK (C).

As an example of the breath of information that can be obtained the synthesis of the nitrogenase P-cluster was investigated.  The biosynthesis of the P-cluster starts with the precursor protein, DnifH NifDK.  The DnifH NifDK protein contains neighboring pairs of [Fe4S4]-like clusters positioned at the site of the eventual P-cluster.  Our lab uses two techniques, Electron Paramagnetic Resonance (EPR) and Magnetic Circular Dichroism (MCD) spectroscopy, to study the P-cluster biosynthesis.  EPR spectroscopy is analogous to NMR spectroscopy except it monitors the electron spin in a paramagnetic material rather than the nuclear spin of certain isotopes.  MCD spectroscopy records the CD spectrum of a sample induced by a magnetic field.  Both spectroscopic techniques are especially helpful in monitoring the electronic structure of FeS clusters. 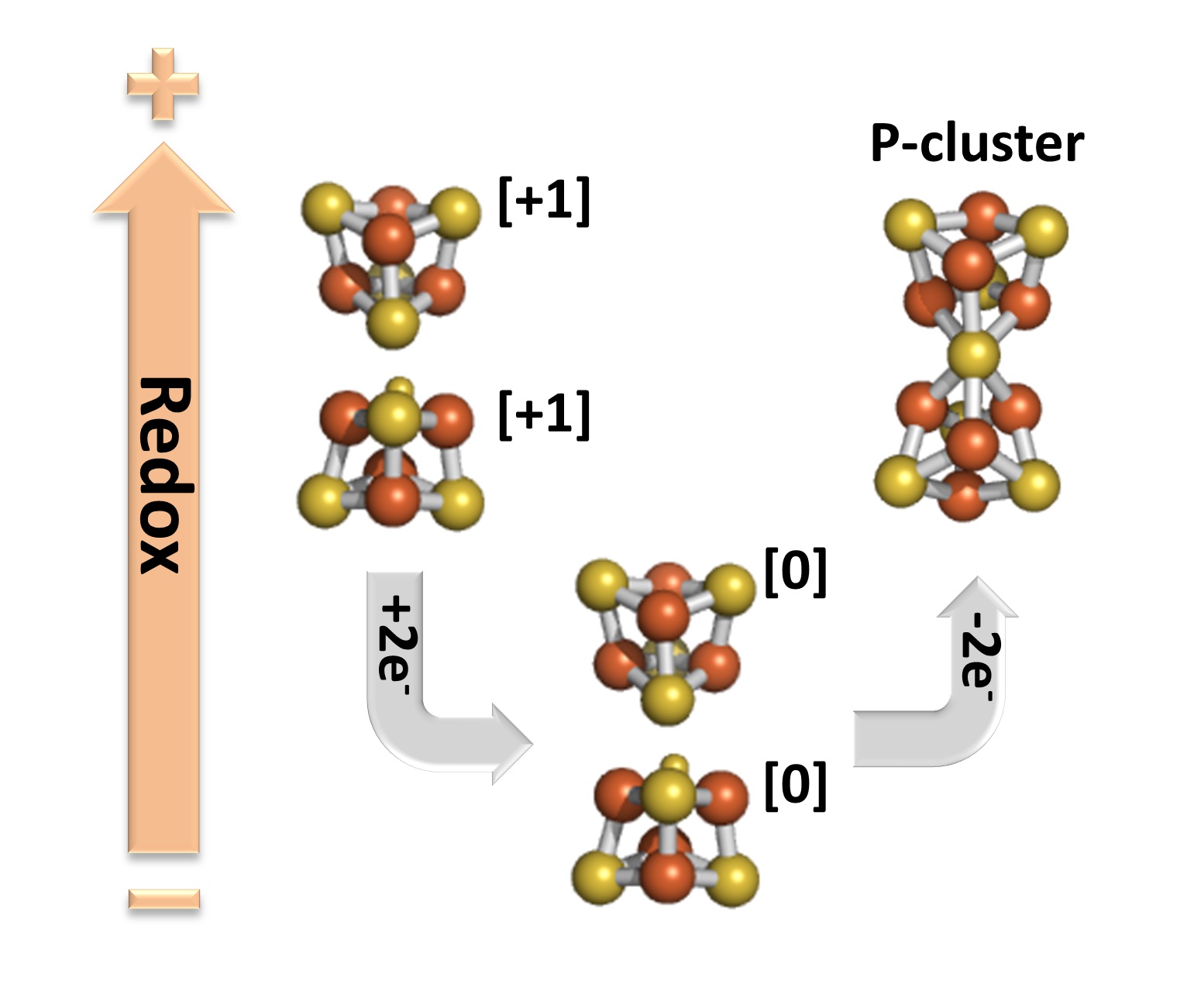 Figure 2: Redox cycle showing the path of the non-enzymatic synthesis of the P-cluster from the two [Fe4S4] clusters in the DnifH NifDK protein.