Dr. John Caprio officially retired from the department in June 2019 after serving LSU for 43 years.  Dr. Caprio earned his Ph.D. at Florida State University before joining the faculty in the Department of Zoology and Physiology in August 1976.  Through his 43years at LSU Dr. Caprio has had a highly productive, internationally recognized research program.  John has a stellar record of federal funding from both NIH and NSF, and has received 4 patents derived from his research on chemical senses. Dr. Caprio has earned many awards, both within and outside of LSU. These include: the Max Mozell Award for Outstanding Achievement in the Chemical Senses from the Assoc. for   Chemoreception Sciences (2007), the LSU Distinguished Research Master Award (2001) and the LSU Foundation Distinguished Faculty Award for Research, Teaching & Service (1992).  Furthermore, he was awarded both the George C. Kent Professor of Biological Sciences (1997-) and the Mary Lou Applewhite Professor of Zoology and Physiology (1993‑97) endowed chairs. He also contributed extensively to the growth and productivity of the Departments of Zoology and Physiology and Biological Sciences.  John will continue to teach and collaborate with the faculty and students in Biological Sciences over the next year. 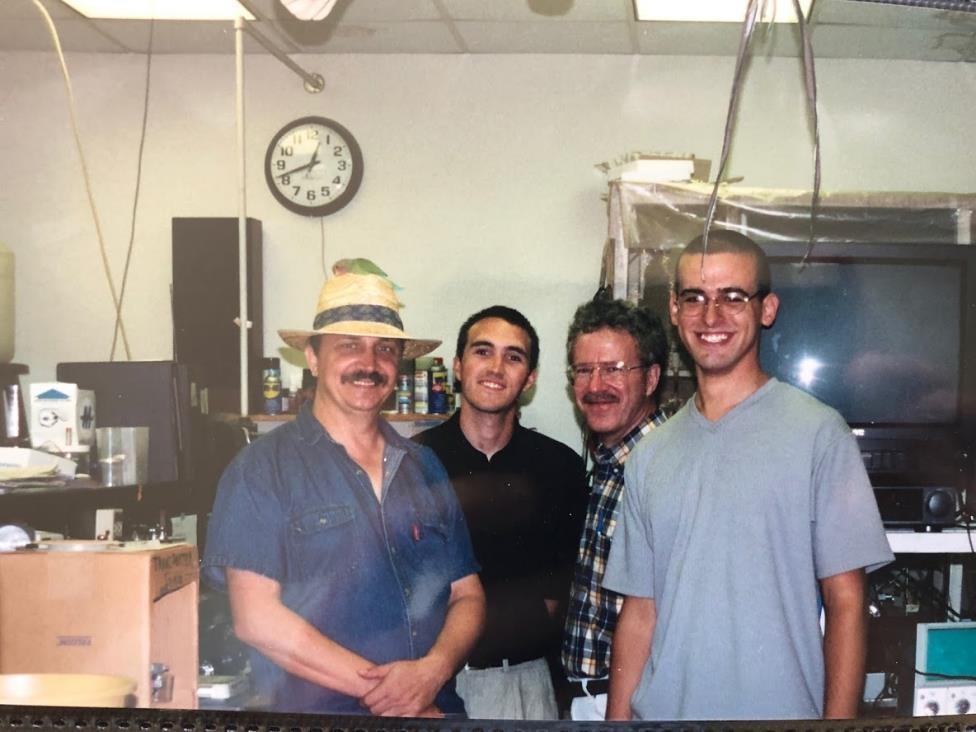 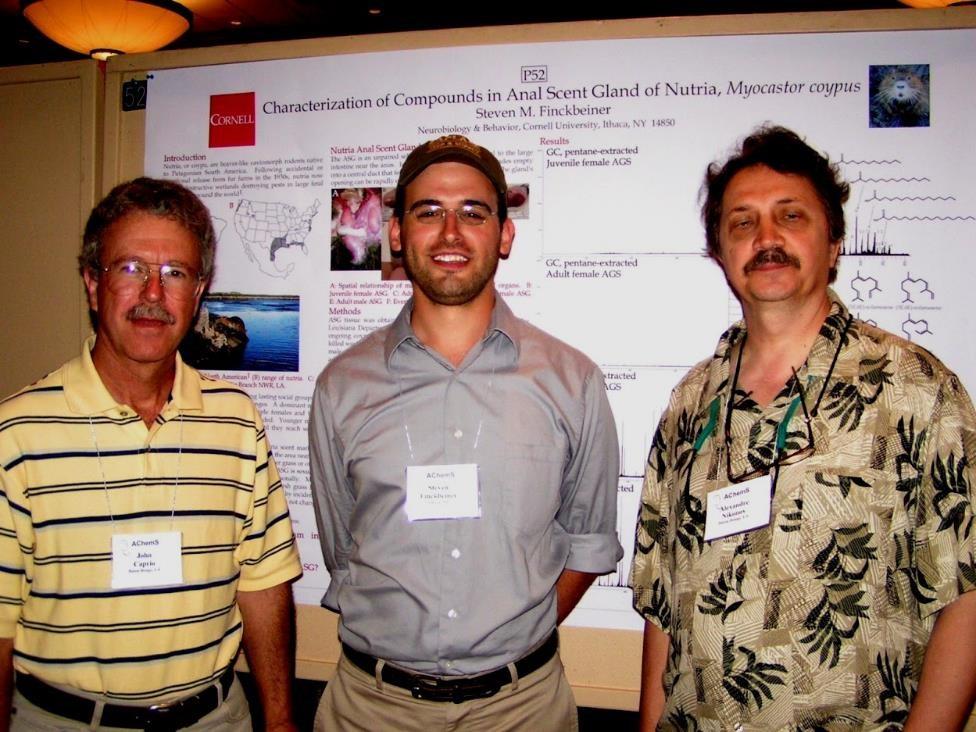 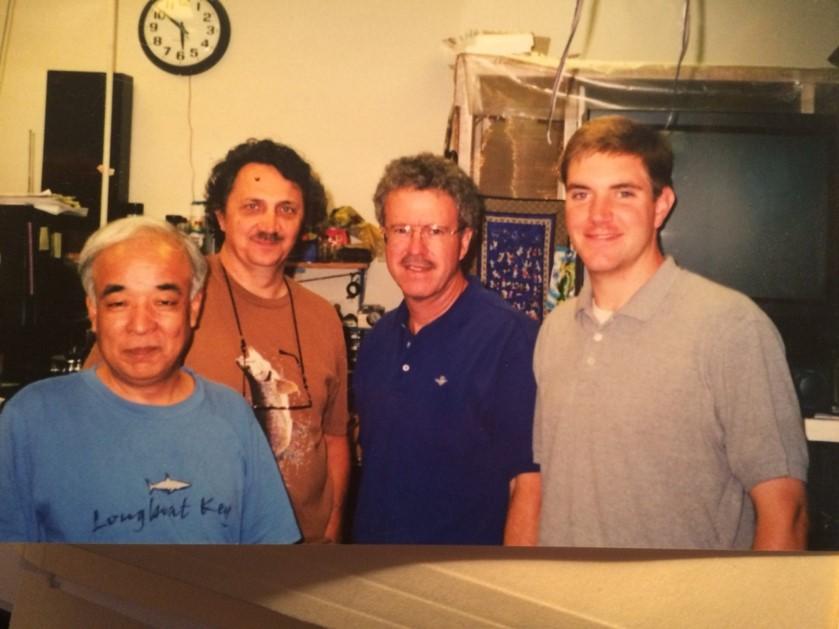 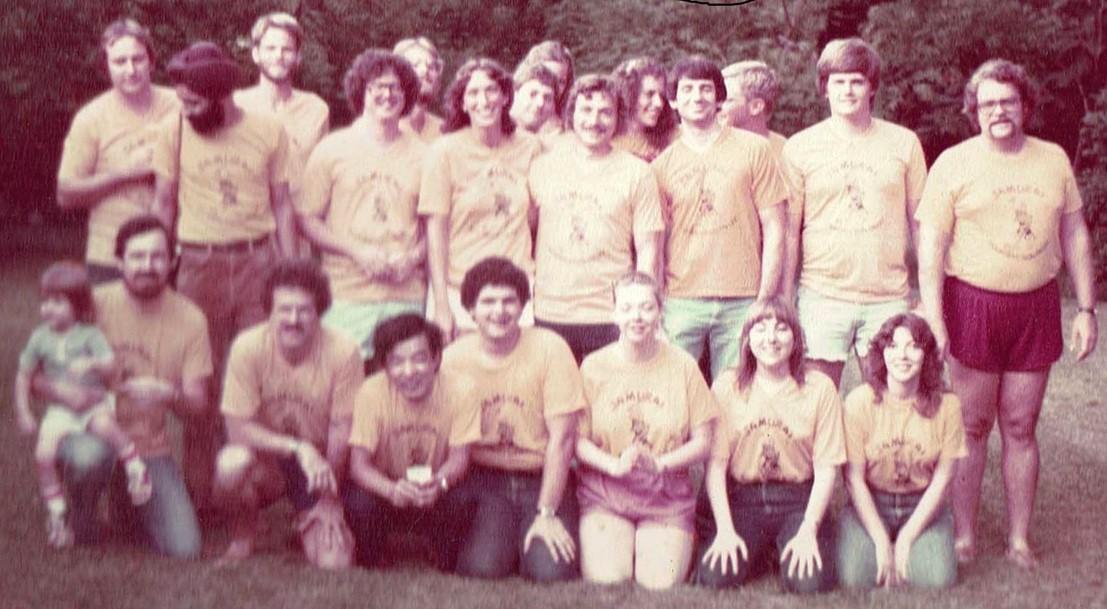 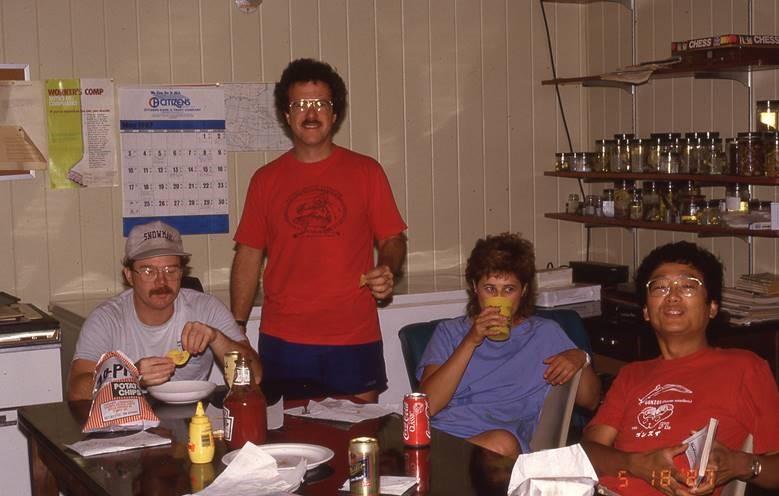 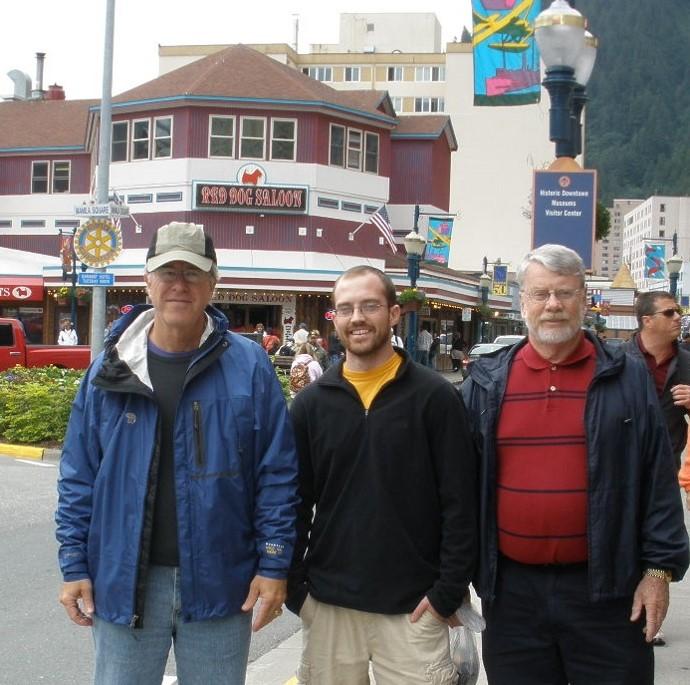 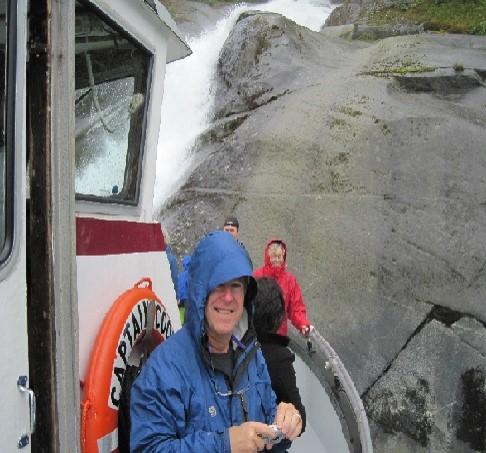 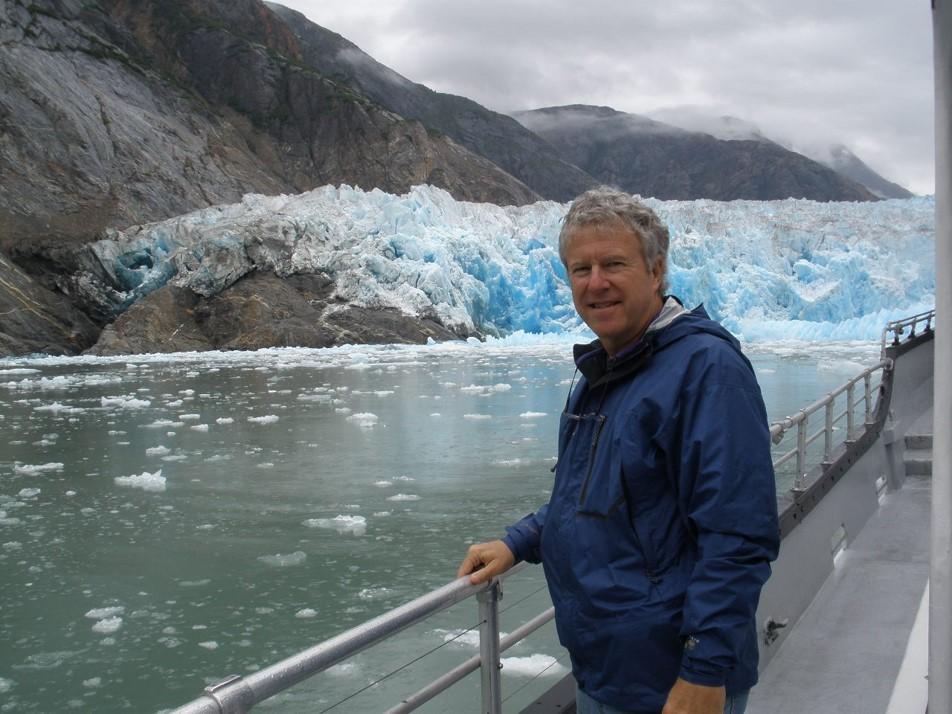 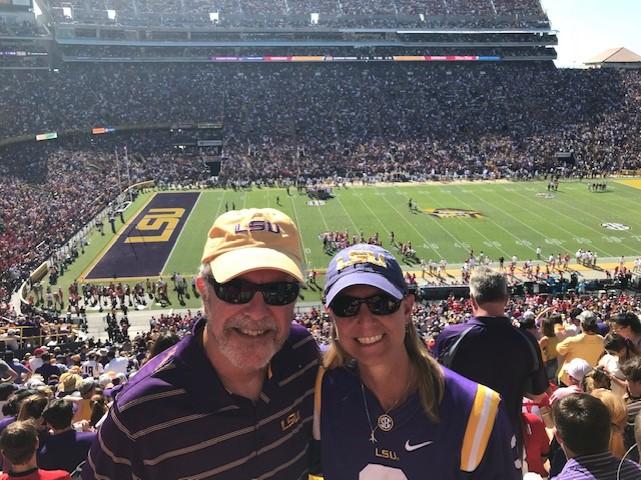 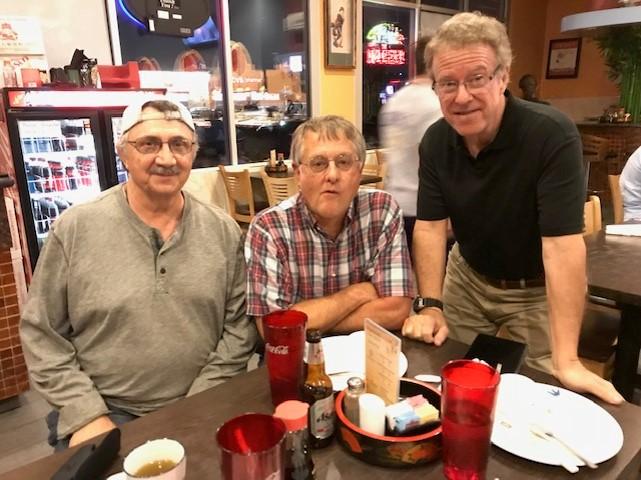 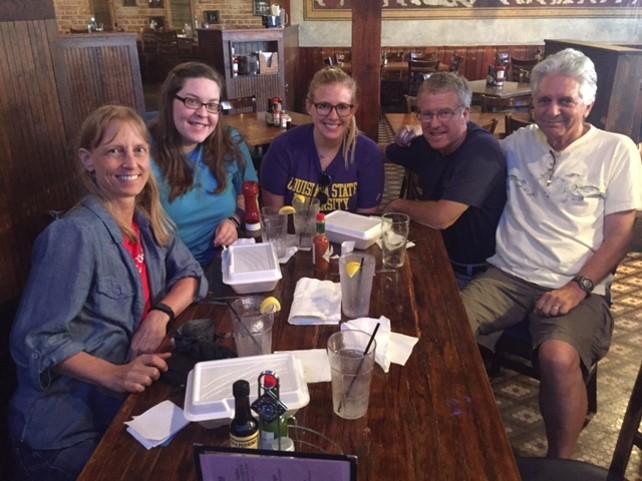 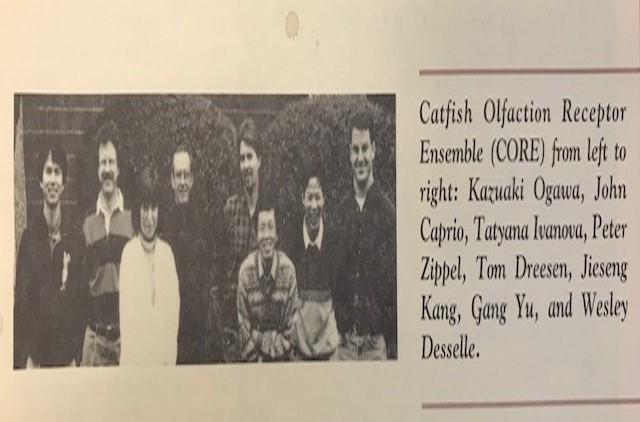 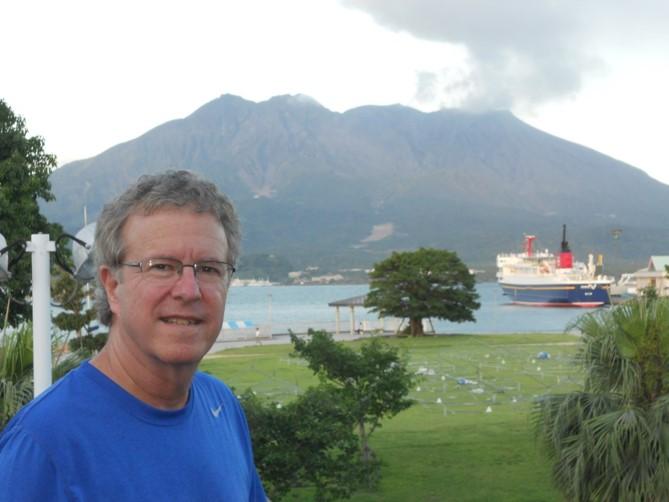 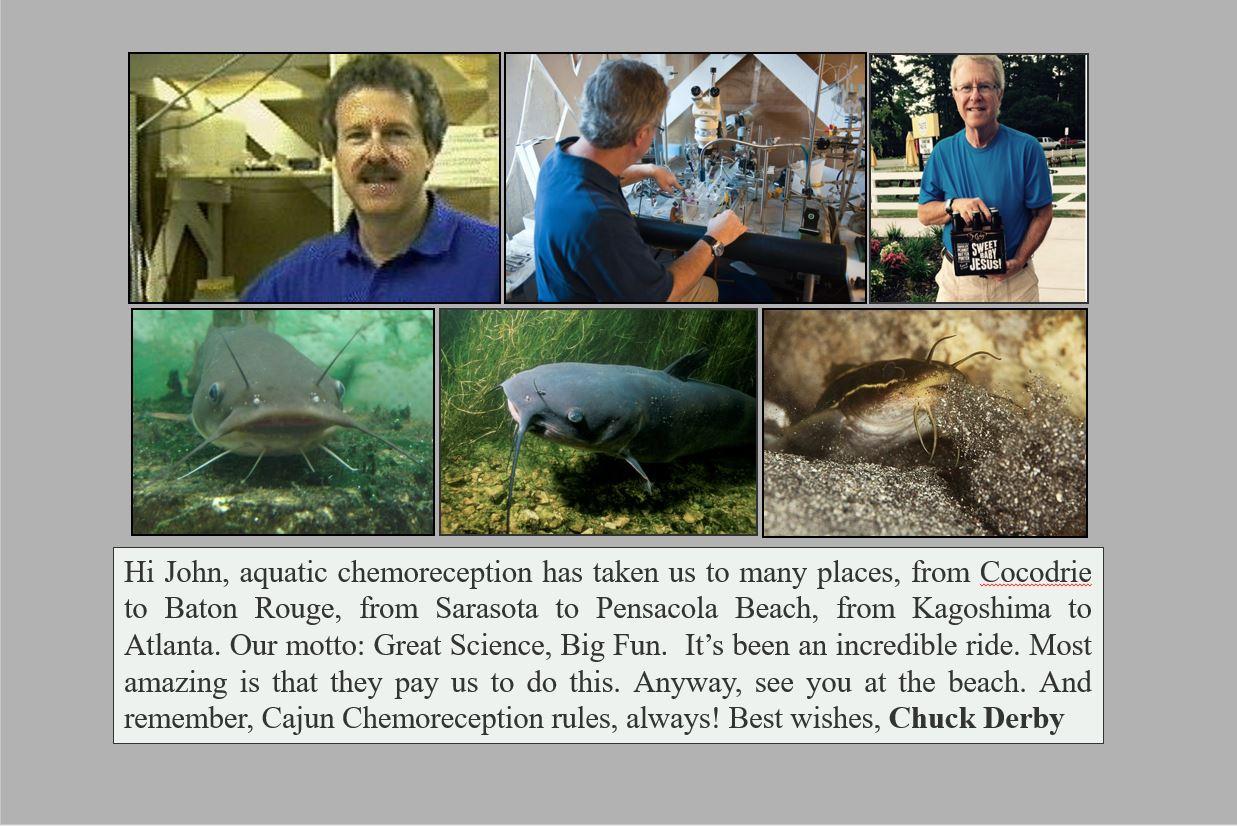 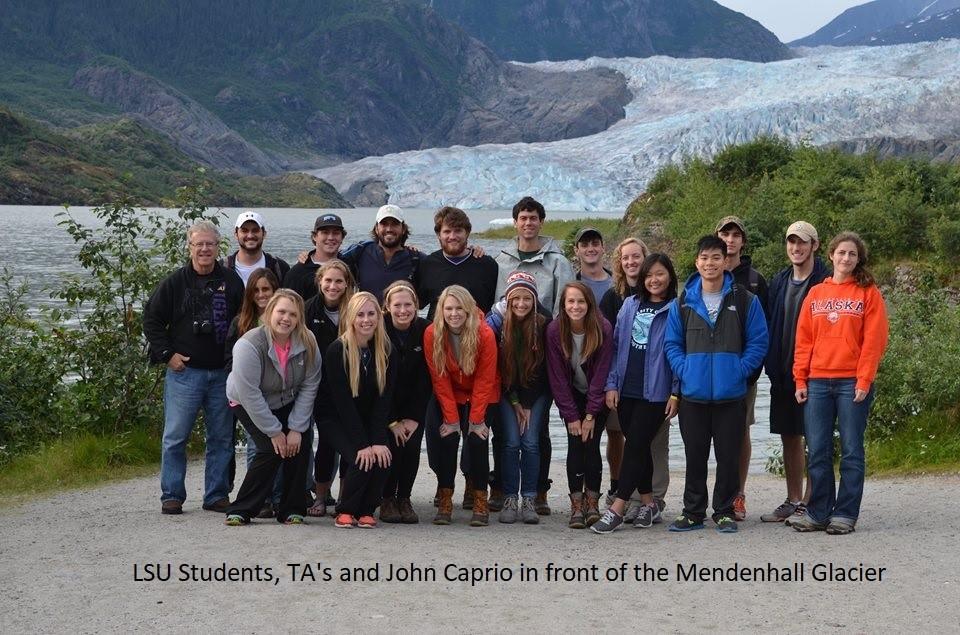 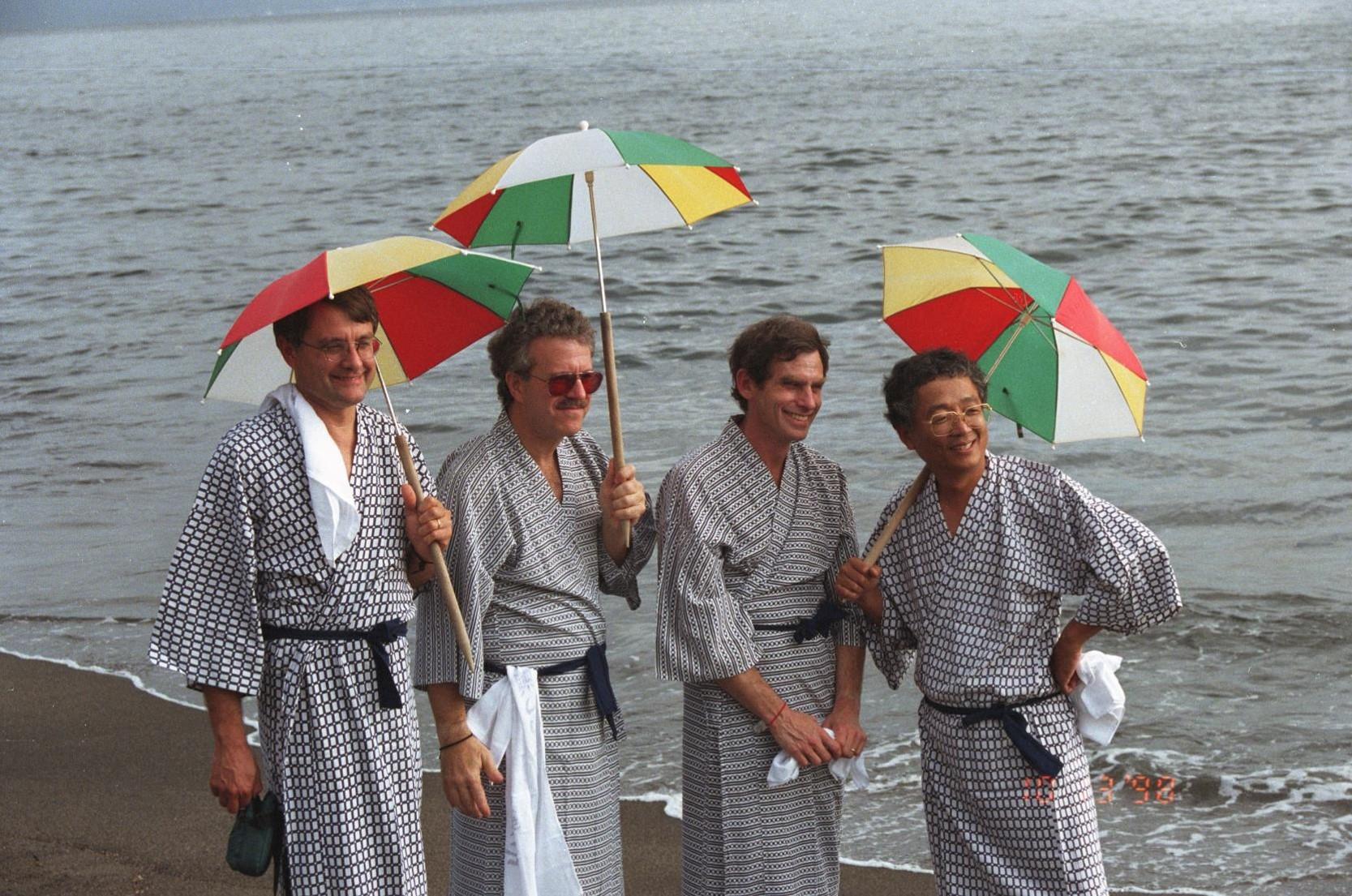 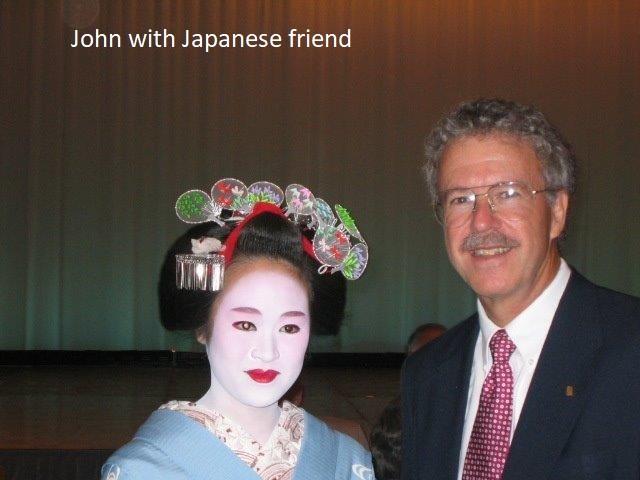 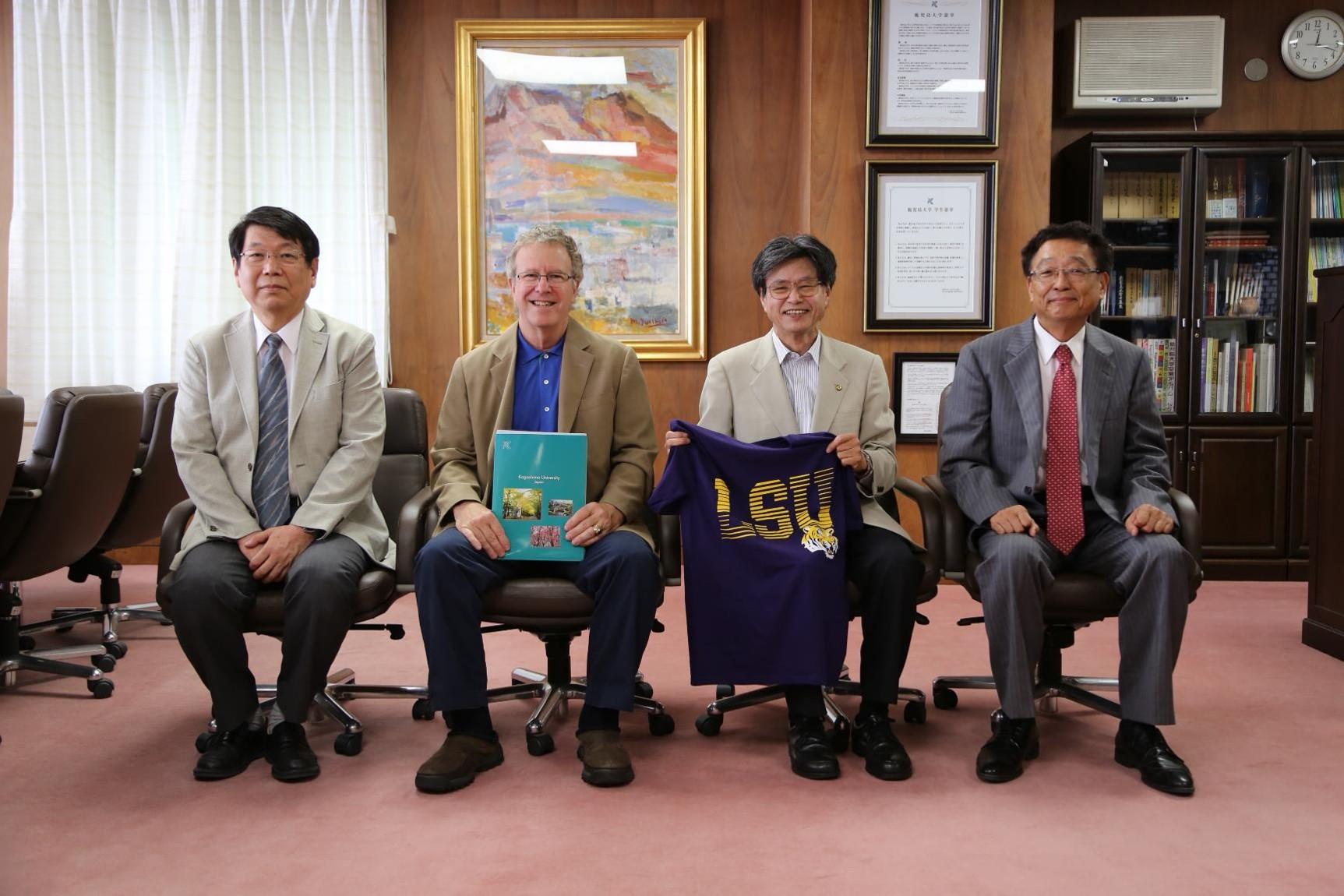 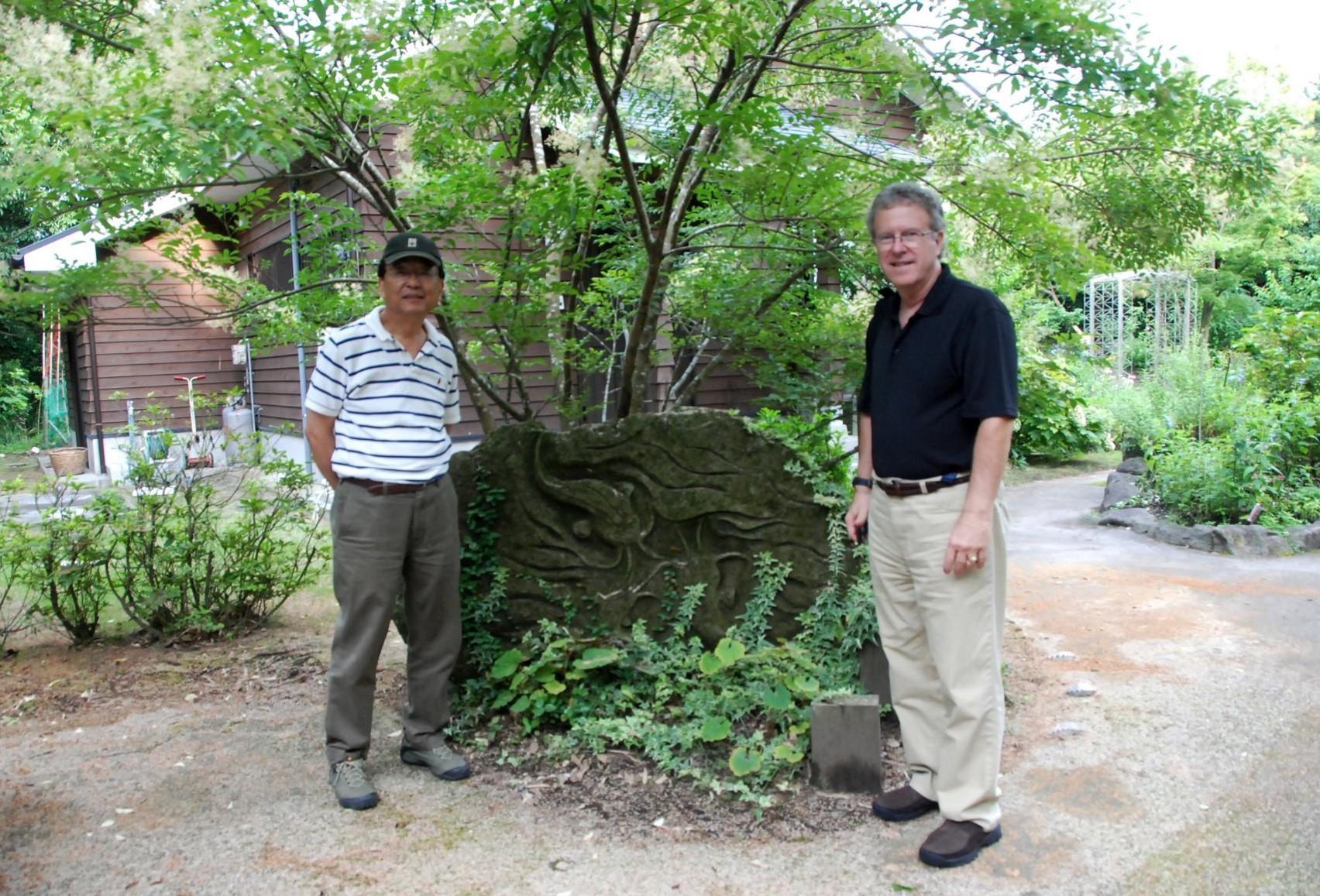 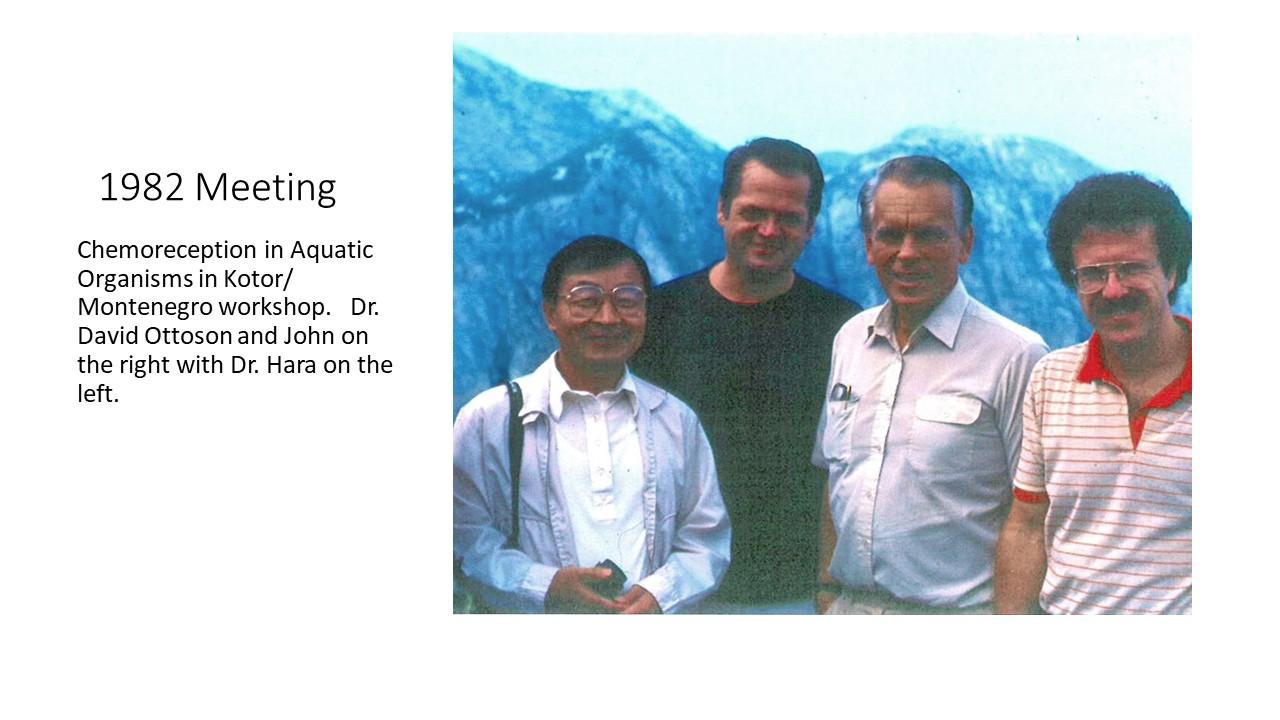 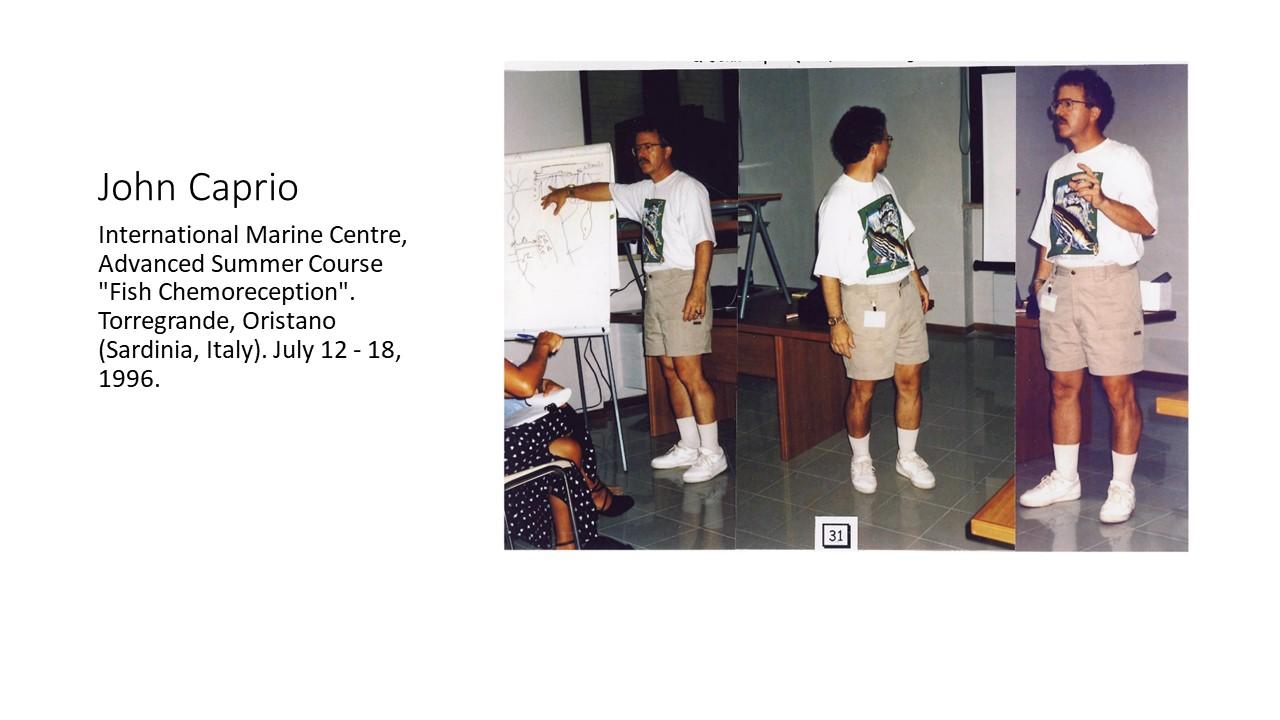 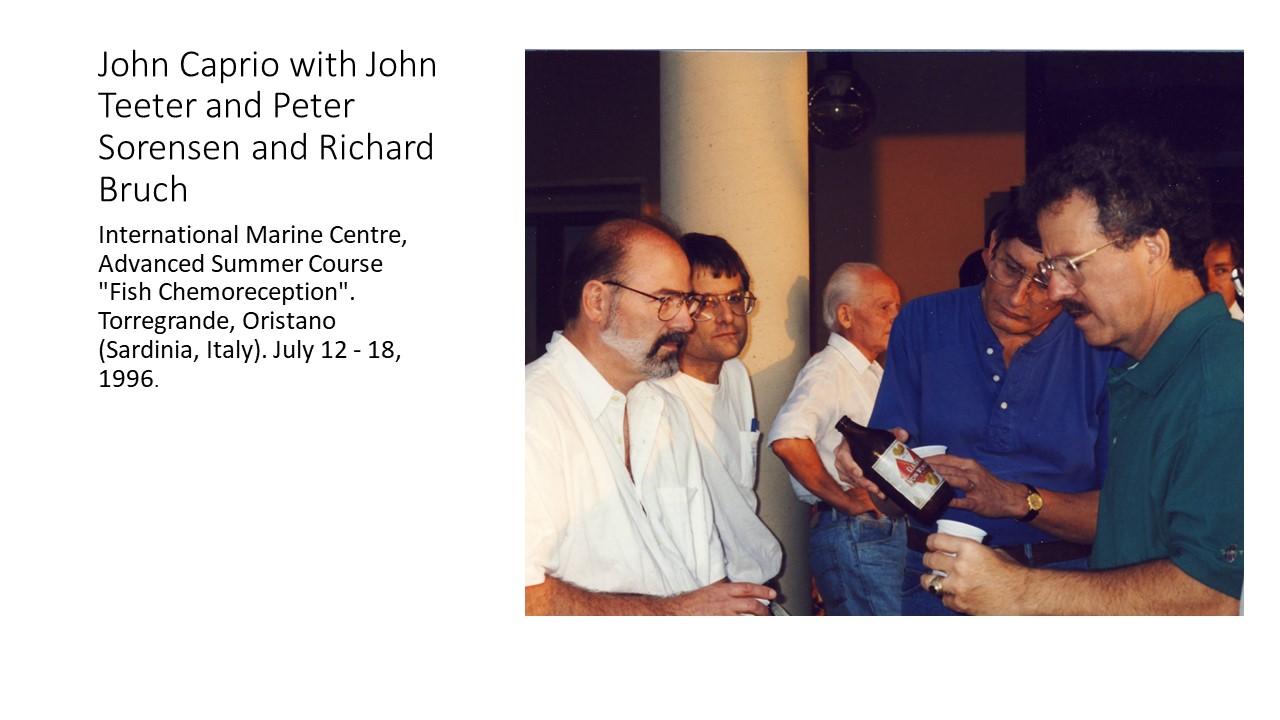 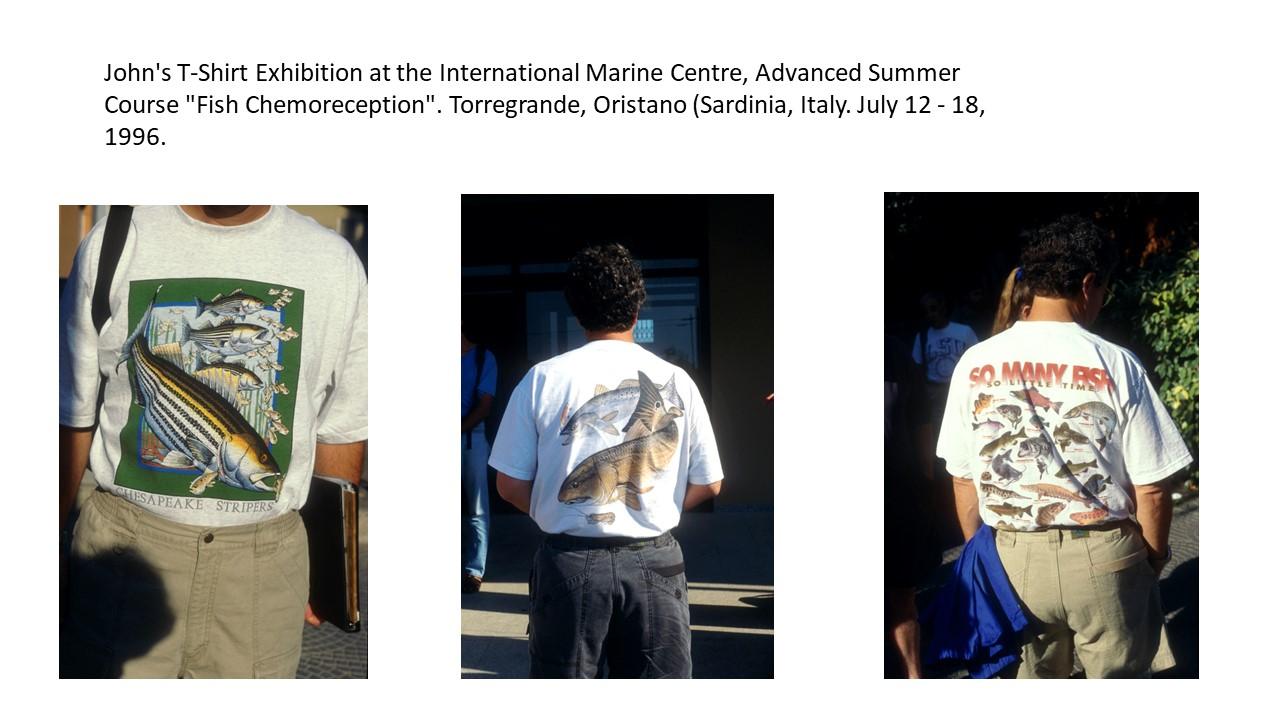 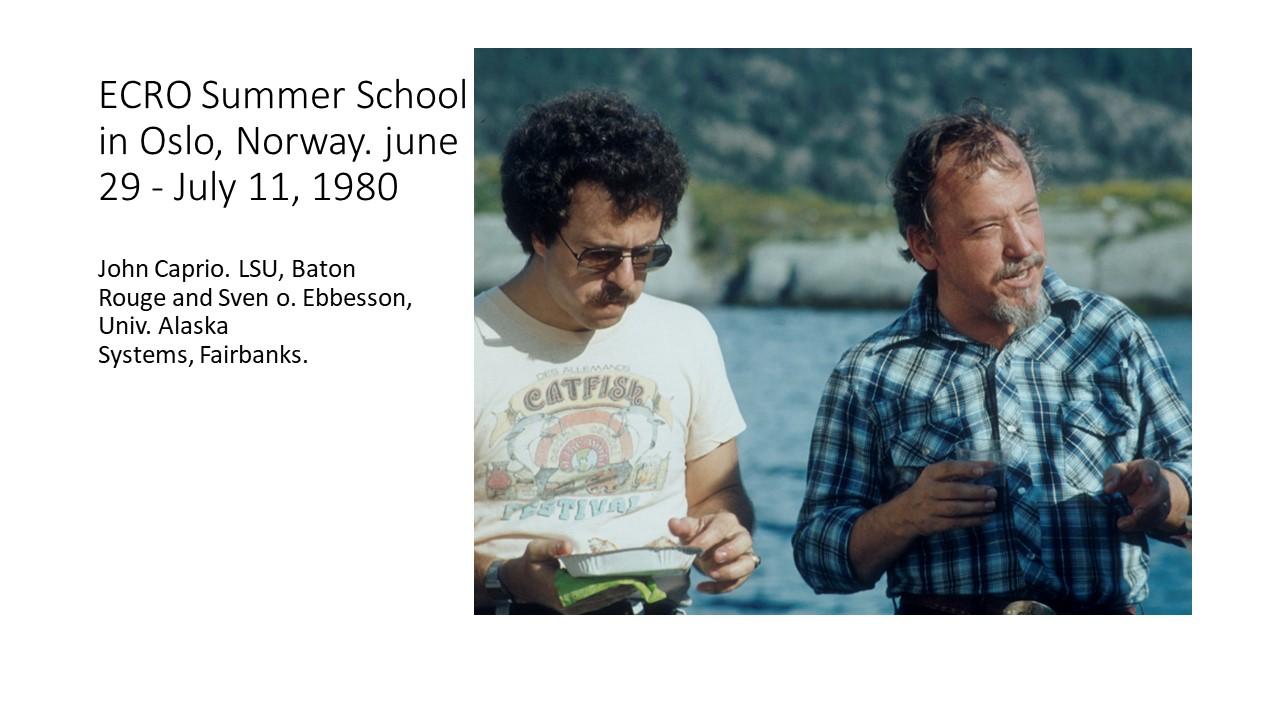 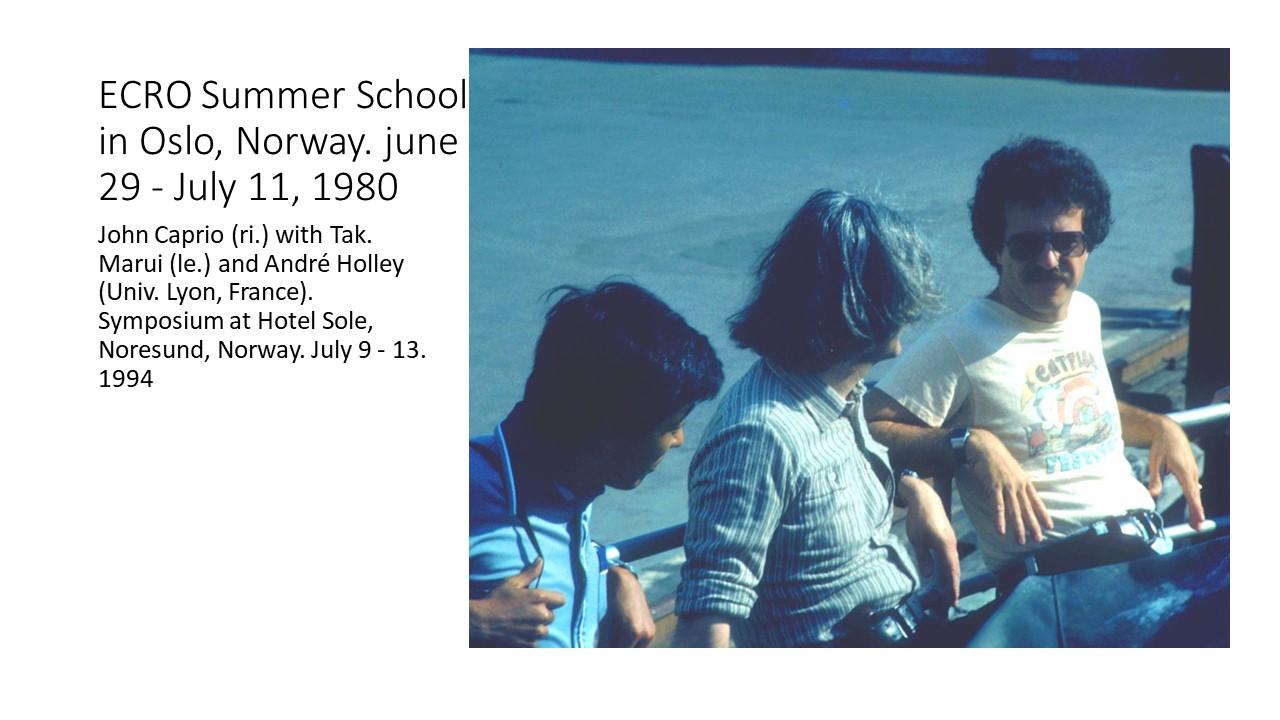 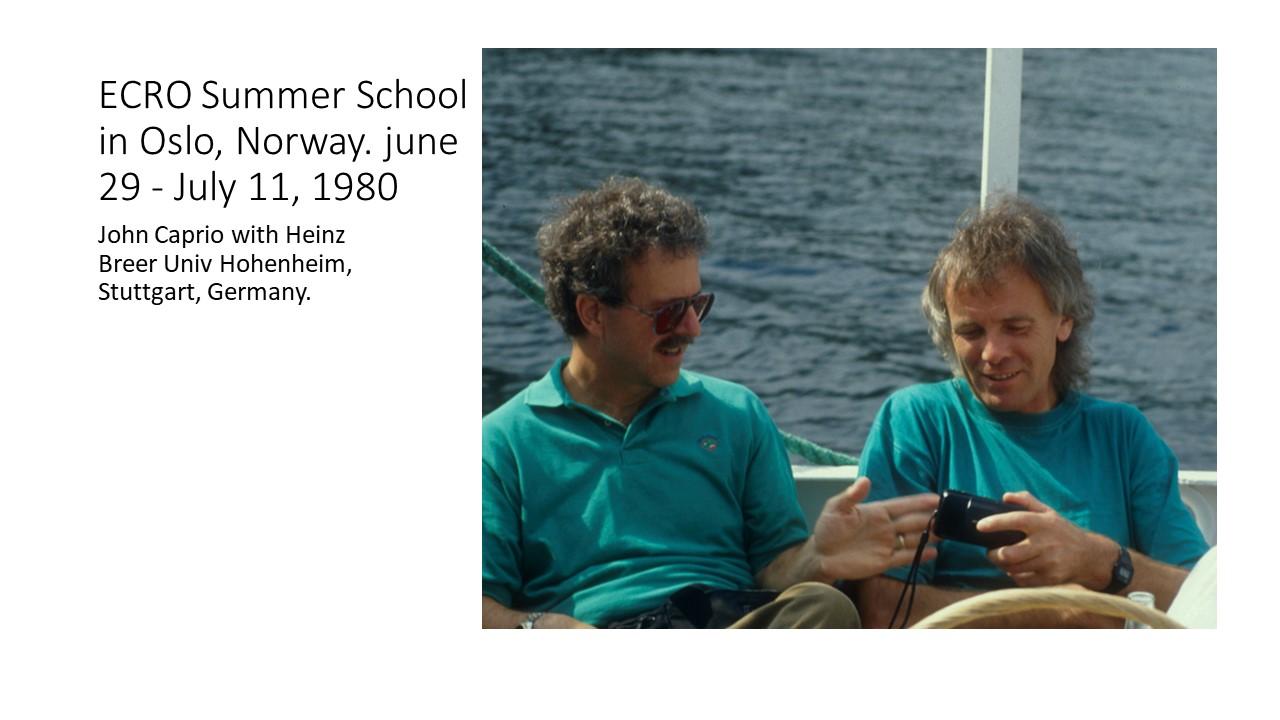 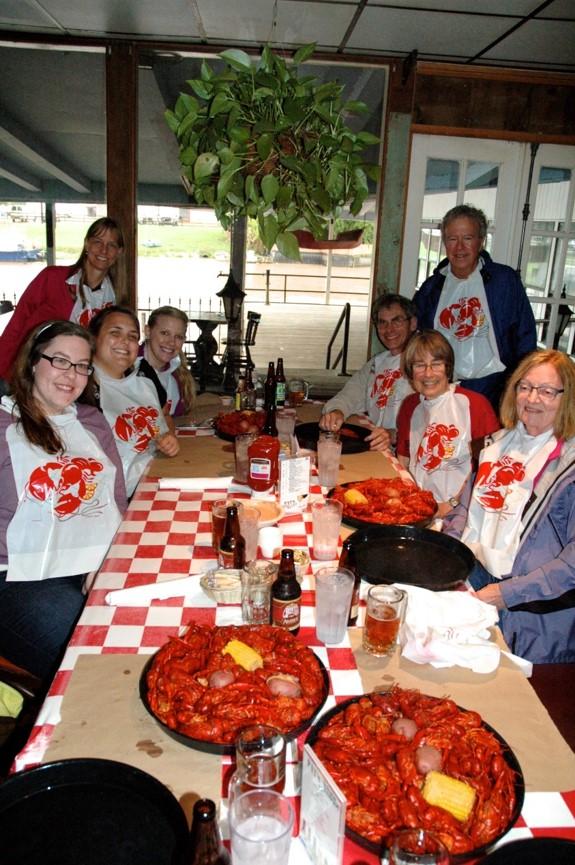 "My association with John Caprio began more than twenty years ago and we've had many festive adventures along the way. Many of my fondest memories not only involve John freely sharing anecdotes and observations, but how many of these events ended in laughter.   I’m often subject to telephone outreach where John delightfully highlights the mild temperatures he's experiencing to benefit those of us who reside farther north and hesitant to venture outdoors. Yet, despite proximity or occasion, John always brings an atmosphere that is warm, relaxed and harmonious. He is a comrade, collaborative partner, mentor and friend.

John’s brilliance as a researcher and teacher is eclipsed only by his inert sensitivity and compassion for others. When my father lost his battle with cancer, John was among the first to call. When my wife unexpectedly lost her brother during the holidays, John went out of his way to offer comforting words, trying to lessen this devastating loss. Very simply, his presence in our lives has been a pleasure and a joy. He is part of our family.

As a researcher, John managed his laboratory with grants through NIH and NSF, and his efforts were instrumental in furthering the understanding of chemosensory processing in vertebrates.  During his 43 years as a member of the LSU faculty, he distinguished himself and the University through numerous publications and the recognition by his peers. As acclaimed as John is, he never have lost his sense of humility or humor. One thing is certain - all of his colleagues and associates delight in his casual and impish nature that has made knowing him such a pleasure.

As John is a passionate LSU football fan and devoted season ticket holder, it would be a fitting tribute for the LSU community to honor John during a game this season - in Tiger Stadium!!  A well deserved acknowledgment and a testament to just how deep an impression this gentleman scientist has made on the University and its students. John Caprio's career at LSU has been a gift, and it should be met with enduring and heartfelt thanks."

"John, congratulations on retirement from Kagoshima with gratitude's!!

We are impressed by your great contribution to research and education over the years. MY (SK) first encounter with John was in May, 1976, when I was transferred to Florida State University as a postdoctoral fellow. After that, John and I got a job at LSU and at Kagoshima University (KU), respectively. Since 1984, we have been conducting joint research together with the late Dr. Takayuki Marui and Dr. Shuitsu Harada of the Faculty of Dentistry at KU. We have been conducting intensive research, including anatomical, physiological and behavorial experiments to study the taste sense of sea catfish Plotosus japonicus. In the 40 years since, John has visited KU more than 16 times ans has achieved great results in the taste of Plotosus. The results were published in the Science and other international academic journals. During this time John joined as a co-organizer to an international workshop and an international symposium that was held here in 2000 and 2002, respectively, for the chemical sense of the aquatic animal. He always gave lectures for many students to create a great academic interest. John said that Kagoshima is the second hometown, and enjoyed the nature and the culture of Kagoghima as well, to our great honor."

John’s lab was adjacent the Dietz lab in the Life Science Building. When doing experiments he would record the electrical response to stimuli. A speaker was attached to a recorder output so he could monitor the fish response by listening to the popping sound as action potentials were triggered. The sound was similar to listening to an a.m. radio station during a lightning storm and about as enjoyable. I guess he did not want to take his eyes off the animal fearing it might swim after the “food” source.

Just before John joined the department I had been awarded a 2 year NSF grant. Of course I shared the “secret” of success with John and he too submitted a 2 year frugal proposal that was funded by NIH. So began a long and successful career of funded research on taste and smell physiology in catfish.