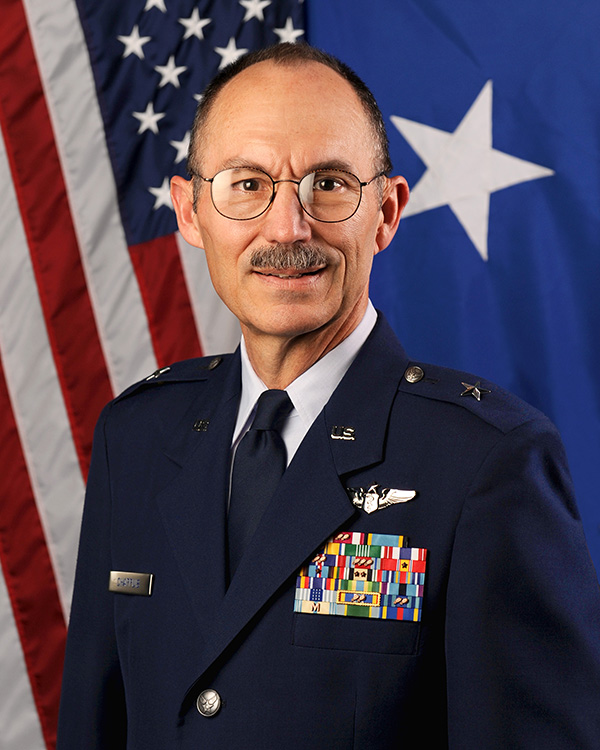 Chappuis was promoted to Brigadier General in May 2014. He received a direct commission in the Louisiana Air National Guard in 1998 serving as flight surgeon in the 159th Medical Squadron. He has served as Chief of Clinical Services, Commander of the 159th Medical Group, and most recently as the State Air Surgeon.

The Rayne, Louisiana native also holds the academic rank of Professor of Clinical Surgery at the LSU School of Medicine and is Chief of Surgery and Associate Medical Director at University Hospital and Clinics in Lafayette. He is married to physician Cynthia Glass and is the father of one son, Billy, and two daughters, Courtney and Catherine. 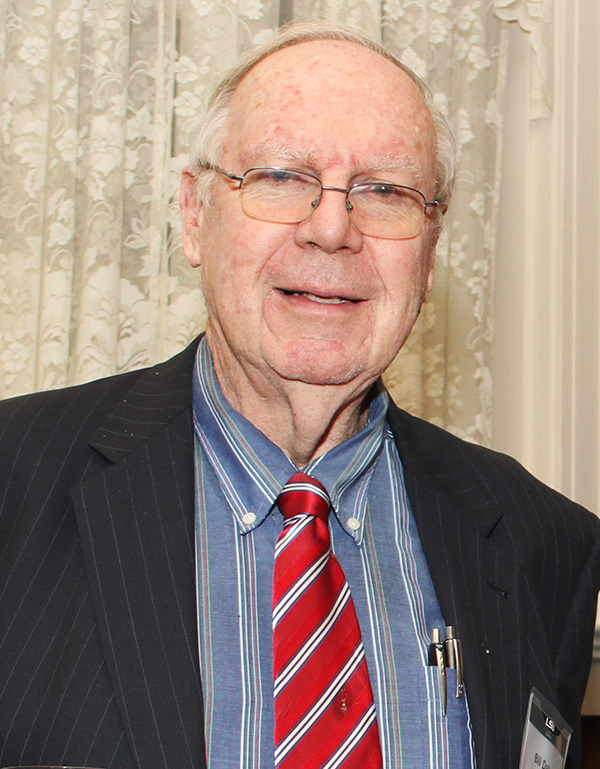 William H. Daly, a national leader in polymer chemistry, joined the faculty in LSU’s Department of Chemistry in 1966. Throughout his nearly 50-year career, he has received numerous awards. He is a fellow of the American Chemical Society, a recipient of the Charles E. Coates Memorial Award given by the Baton Rouge section of the ACS, and a recipient of the College of Basic Sciences Award for Excellence in Graduate Teaching. After serving as treasurer, chair and councilor, he was recognized with an Outstanding Service Award and a POLY Fellowship from the ACS Division on Polymer Chemistry.

On an international level, he served as the ACS councilor of the Pacific Polymer Federation for 20 years. He also served two terms as chair of the LSU Department of Chemistry from 1981-86 and another term as interim chair from 2001-02. Daly had an instrumental role in the construction of Choppin Hall in the 1970s and led the charge to construct a second facility, the Chemistry and Materials Building, which opened in 2012. He has also mentored 40 PhD students and eight master’s students, published over 100 research publications in peer-reviewed journals, holds eight patents, has given more than 280 seminar presentations and has organized 26 national and international meetings. While at LSU, Daly received high marks from students enrolled in his organic chemistry class, a course that many science majors dread. His class had the second highest student evaluations for organic chemistry.

Daly retired in 2008, but remains an active researcher and contributor to the chemistry department. For the past eight years, he has served as vice chair of the University Planning Committee, an advisory body to the LSU Provost. As the immediate past president of the Faculty Senate, he continues to serve on the Faculty Senate Executive Committee. He and his wife, Jan, are active members of the College of Science Dean’s Circle and are committed to advancing the academic and research work of the college and university. 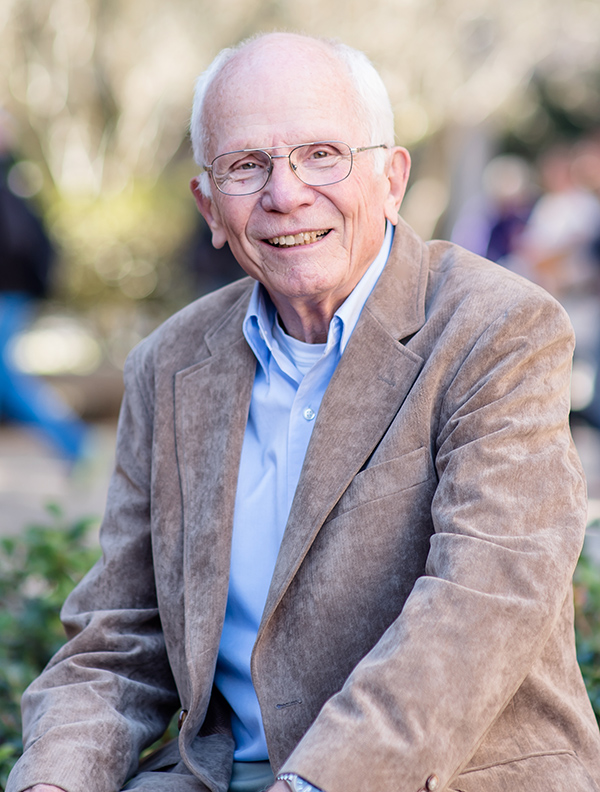 Known as the “father of gravitational physics at LSU,” William Hamilton’s pioneering work helped lay the foundation for the establishment of the Laser Interferometer Gravitational-Wave Observatory, or LIGO, in Livingston, Louisiana. History was made on September 14, 2015 when LIGO-Livingston and its twin observatory in Hanford, Washington made the first direct detection of gravitational radiation: a phenomenon which is predicted by Einstein’s General Theory of Relativity, but had not previously been observed. Hamilton’s research, combined with the efforts of Physics Professor Warren Johnson and Chancellor Emeritus Jim Wharton, helped locate the site and initiate the proposal that led to the construction of the LIGO Livingston.

After three years service as a U.S. naval aviator, Hamilton received his PhD from Stanford in 1963. He remained at Stanford as a National Science Foundation Postdoctoral Fellow and assistant professor until he joined the LSU faculty in 1970. His research in low-temperature physics, development of early cryogenic detectors, and operation of the ALLEGRO gravity wave bar detector helped solidify the department’s reputation as a premier gravitational wave physics program. While at LSU, Hamilton served on the Faculty Senate and Senate Executive Committee, as chair of the Graduate Council, on the departmental steering committee and as associate dean of academic services. He is also a Fellow of the American Physical Society.

Hamilton is an active member of the college’s Dean’s Circle Executive Committee. Since his retirement in 2001, he continues to contribute to the research and academic work of the LSU Department of Physics & Astronomy and the LSU College of Science. 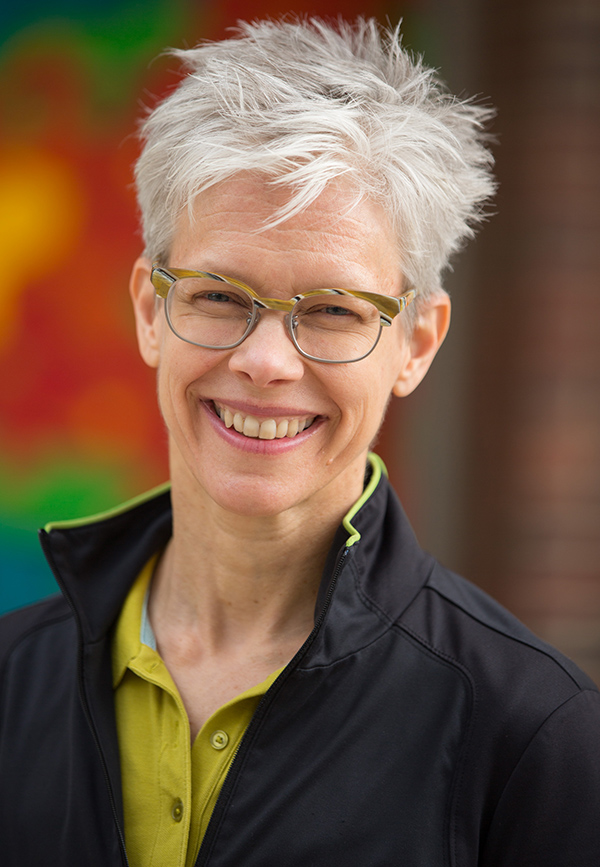 Her research involves developing new methodologies to evaluate courses of treatment for individuals coping with chronic or relapsing disorders such as depression or substance abuse. Murphy received international recognition for her work in 2013 when she was one of 24 individuals awarded the MacArthur Foundation genius grant, an award that recognizes talented individuals who have shown extraordinary originality and dedication in their creative pursuits and a marked capacity for self-direction. Murphy received the grant for her work with the Sequential Multiple Assignment Randomized Trial, or SMART, which helps solidify treatment plans for people with a wide range of diseases. Her research has been funded by the National Institute on Drug Abuse, National Institute on Alcohol Abuse and Alcoholism, National Institute of Biomedical Imaging and Bioengineering and by the National Institute of Mental Health.

Murphy was elected to the National Academy of Medicine of the National Academies of Sciences, Engineering, and Medicine in 2014. Currently, her research group is working to launch a mobile application that uses data from wearable activity sensors, like FitBit and Jawbone, to propose physical activity and support behavioral changes that will have a positive impact on health.