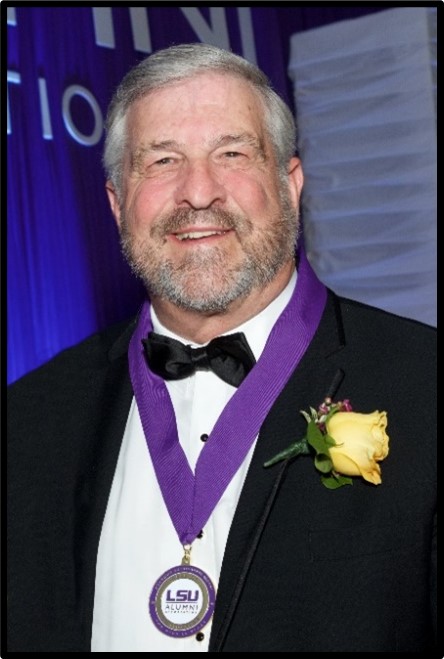 H. Dale Hall is a graduate of the School of Renewable Natural Resources in the College of Agriculture at Louisiana State University (LSU) with an MS in Fisheries in 1979.  He had a 31-year career with the U. S. Fish and Wildlife Service, serving the last four years as Director, nominated by President George W. Bush.  He served nine years as CEO of Ducks Unlimited, where he envisioned and executed a $2.4 billion comprehensive campaign for wetlands conservation, the largest of its kind in the history of natural resource conservation.  During his tenure, Ducks Unlimited directly conserved over 3 million acres of wetlands and associated uplands and annually expended $9-$15 million in Louisiana for coastal restoration, rice-field enhancement, and protection of Mississippi alluvial bottomlands.

Ducks Unlimited, Inc., in cooperation with the LSU School of Renewable Natural Resources and the LSU AgCenter, will establish “The H. Dale Hall - Ducks Unlimited Endowed Professorship in Wetlands and Waterfowl Conservation at Louisiana State University.”  The endowment seeks to perpetuate a faculty position in the LSU School of Renewable Natural Resources, supporting excellence in teaching, research, and public service in waterfowl ecology, waterfowl habitat management, or wetlands conservation, in cooperation with Ducks Unlimited and other partners.

The H. Dale Hall - Ducks Unlimited Endowed Professorship will be used for salary supplements and support of academic activities of the professorship position, including instruction and research, equipment, materials, and professional development.

Contributions to the endowed professorship may be made by contacting Chad Manlove at (601) 688-8818 or cmanlove@ducks.org