Feeding and Fueling the Future

An LSU biologist is going to apply her recent advances in plant research—discovering the genes that allow certain plants to grow in extreme environments—to engineer more resilient biofuels. Maheshi Dassanayake, associate professor in the LSU Department of Biological Sciences, shares a 2.6 million grant from the US Department of Energy with Stanford University. 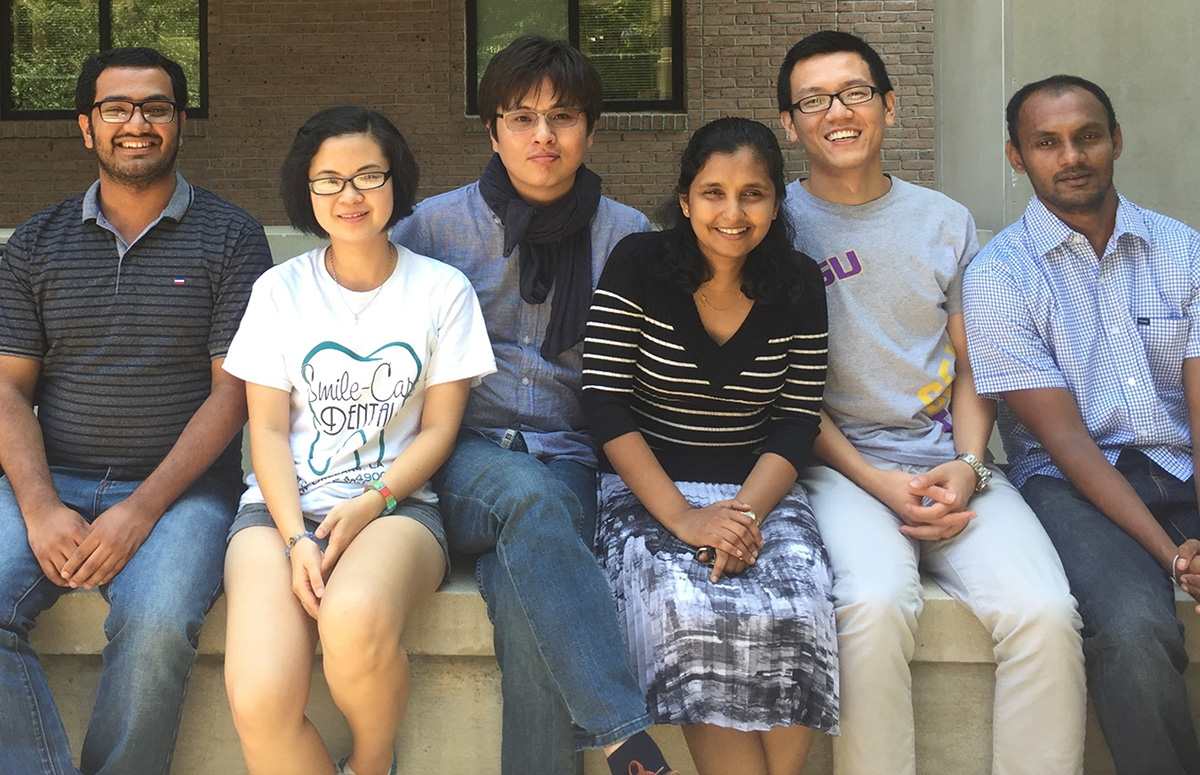 Dassanayake has mostly worked on plants that could be used to improve crops that could feed the planet in the not-so-distant future. Due to climate change, current agricultural practices are likely to be increasingly challenged by droughts, floods, increasing temperatures, changes in salinity, etc. Her new project will focus on plants that are not for human consumption but could be used to engineer biofuel crops as renewable energy. The collaboration with Stanford University is based on a grant from the US Department of Energy where Dassanayake’s lab will receive $488K over the next three years. She recently received funds for her food-focused research from the National Science Foundation ($1.5 M NSF-BSF-EDGE grant) and the US Department of Agriculture ($2M from their National Institute of Food and Agriculture, or NIFA; a project led by Bret Elderd, another associate professor in the LSU Department of Biological Sciences).

“As plant biologists, we try to understand the genes that make plants grow in extreme environments; what genes make this possible,” Dassanayake says. “Why can one crop species survive while a related crop species cannot? For this project, our research in the lab will be similar to what we usually do, but we’ll look at different plants, such as Camelina sativa in the mustard family, which is an emerging oil crop. We have an opportunity to bring in knowledge of wild plants that could be used as renewable energy so we can stop relying on petroleum-based fuels.”

As Dassanayake and her team outline in their project description, the library of life is composed of genomes whose function we’re only starting to decipher:

“Our ability to read and interpret the texts of this library has been fostered through the use of experimental model organisms … Over the past 100 years, the fruit fly, yeast cell, and Arabidopsis weed have contributed greatly to our understanding of the biological processes that unite organisms on Earth. Today, however … the nature of the genes contributing to this fascinating diversity in physiology and development is currently hidden.”

They will discover if specific survival skills can be transferred from one type of plant to another—specifically to bioenergy crops that can be used to make biofuel.

Dassanayake’s team will use recent advances in genome sequencing technologies and machine learning to study these “hidden” genes that are associated with plant resilience in extreme environments, and then introduce them into more stress-sensitive species. They will discover if specific survival skills can be transferred from one type of plant to another—specifically to bioenergy crops that can be used to make biofuel.

Dassanayake is careful to point out that there is no “ideal” crop; different environments will require different solutions with plants that can tolerate specific stresses, whether they’re environmental stresses or biotic pathogens, such as bacteria, fungi, or insects:

“Different plants have different defenses, and we need to research several options so we can pick one that’s the best for one area but won’t be the best one for another area.”

Climate change is likely to make it more difficult to grow food on our planet in the future. Less land will be suitable for agriculture while there will be more and more mouths to feed. In this scenario, Dassanayake emphasizes, it’s important to also come up with a plan for how to grow bioenergy crops on soils of poor and poorer quality.

Her team has been working to discover how nature innovates to allow, for example, a cactus to survive the desert heat, a sea grass plant to grow in ocean water, or some ferns to tolerate being dried out. Most of the work in this area of genomics over the last three decades have been done on Arabidopsis, a small flowering plant in the Brassicaceae or mustard family. The reason Dassanayake will also focus on the mustard family is because of this vast knowledge base; she doesn’t have to start from scratch as she attempts to understand specific gene functions.

Another plant in the mustard family is rapeseed, a high-yield plant for canola oil, which can be used for both food and fuel.

“If you want to understand how mammals have evolved to be able to fly,” she says, “we can’t just study a genetic network from a mouse. We need to bring in a bat to our experimental system. If we look at a mouse, we will never know how certain genes may have evolved to allow flying in mammals. This is why it’s important to study something that’s closer to what we’re looking for. Similarly, in my team we study genomes of extreme plants to understand how plants evolved to survive harsh environments.”

Her current research team exploring extremophyte genomics includes four graduate students (Guannan Wang, Pramod Pantha, Kieu-Nga Tran, and Chathura Wijesingha) and research assistant professor Dong-Ha Oh who also serves as a co-investigator on the DOE grant. Through their investigation over the next three years, Dassanayake’s lab hopes to establish an experimental blueprint for data analytics that will be broadly applicable to the study of gene function at the plant family level and result in a roadmap for improving plant traits for bioenergy and beyond.