A Treatise on Trees: Environmental Thought in the Renaissance

Chris Barrett, associate professor in the LSU Department of English, received a teaching release this fall semester from the Board of Regents as well as an Everett Helm visiting fellowship at the Lilly Library at Indiana University to work on her second book, on trees: 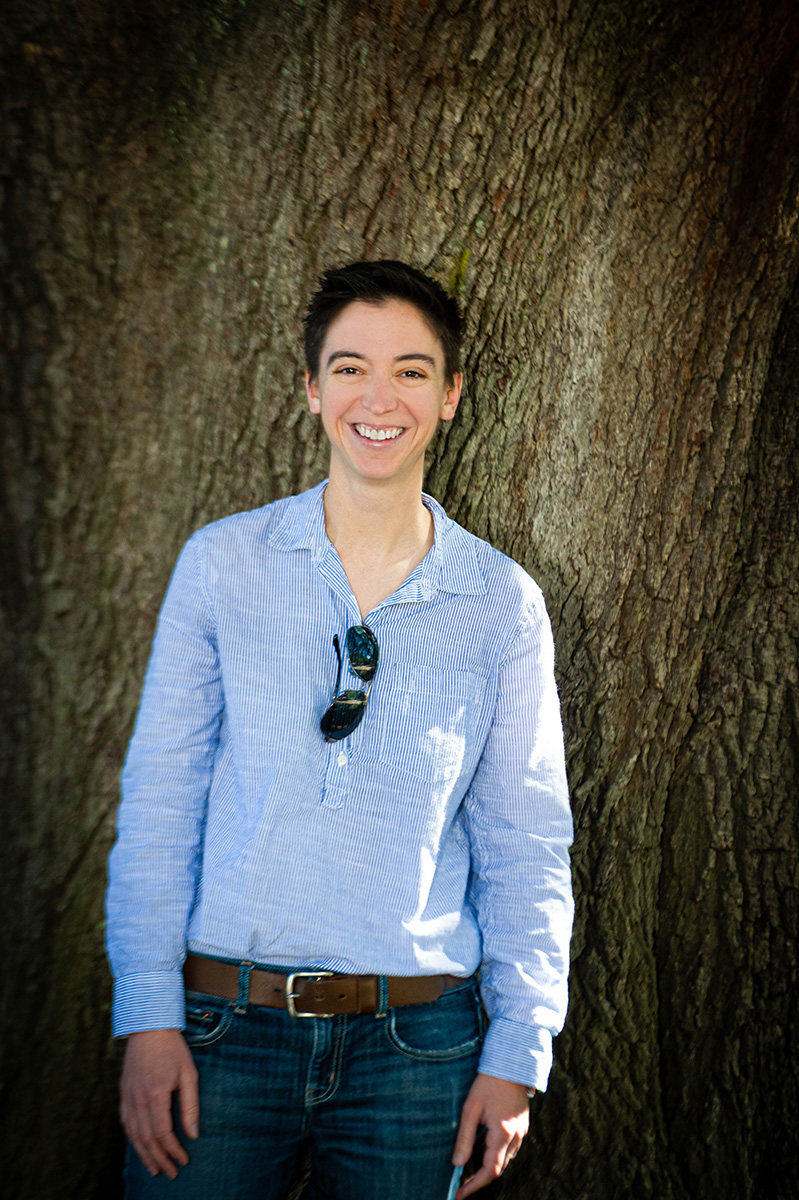 Like our library, the Hill Memorial Library, the Lilly Library is a trove of riches. It has several sets of surprising collecting strengths. I was there to look at 16th and 17th century arbor culture and gardening treatises and manuals and natural philosophical texts. It was a joy to sit in the reading room and get to work with all of the materials, but also take a peek at some of the tables nearby and see these incredible materials I wouldn’t have thought to look for and suddenly discovered exist, just because I happened to be in the library.

The through-line between the map project [Barrett’s first book, Early Modern English Literature and the Poetics of Cartographic Anxiety, was published by Oxford University Press last year] and this project is an interest in everyday life and how it alters the response to different modes of thinking or different ways of understanding the world. Otherwise, they’re quite distinct.

... it does make me feel better about humanity to think that there are moments in history when people didn’t think it was all about them, that maybe, nature has its own plans and its own desire to play and be silly.

I kind of always wanted to write about trees. Even as an undergraduate working on my senior thesis, I found myself thinking of trees. Now I’ve decided to just dig into it. I guess something took root in my mind years ago, and now I just need to watch the tree grow and see where it branches.

Some of the materials I was reviewing at the Lilly Library are works by John Ray who was a fellow of the Royal Society that kicked off in the 17th century to advance the case of inquiry and curiosity about the natural, material world. Among his interests were natural philosophy and understanding the world around him. A site of scholarly debate in that moment was the status of what we’d call fossils, and what John Ray and his colleagues understood to be stony shapes that appeared to be plants or animals, which they weren’t sure were actually formerly plants and animals that had turned to stone, or were actually stone that had formed in those shapes because of the play of nature—nature’s sense of delight in forming these felicitous and beautiful shapes. And there was quite a vibrant debate about it! Back and forth, between those convinced of one etiology, and those convinced of the other. Ray doesn’t actually come down on one side or the other but noted that there was a controversy about these materials and really an intense, and also gleeful, inquiry into this. People would be so alive to this idea of just wanting to know, for the sake of knowing.

Also, part of the inquiry could be the idea that nature just delights itself and operates without the need to serve humanity per se. It was at least available as thought to folks in the 17th century that sometimes the world just works without people and that’s okay. And in fact, it’s delightful and astonishing and worthy of awe. Even though the rock did not form itself into the shape of shells or plants, even if our current scientific understanding of the ideology of fossils does not suggest that stone just forms itself into these shapes for its own amusement, it does make me feel better about humanity to think that there are moments in history when people didn’t think it was all about them, that maybe, nature has its own plans and its own desire to play and be silly.

Ecology is a 20th century word, so I don’t mean to suggest that Shakespeare or Milton was running around London talking about ecologies, but it is the moment when people start to think of the environment as a discursive subject the way we might think about it now. They become concerned about deforestation and pollution and, in fact, climate change.

The project is still very much in progress; what animates my study of this period in general is that the early modern period is called ‘early modern’ partly because it’s that point at which modernity becomes discernable in a recognizable way for us, and one of the things that’s becoming discernable in this moment is what we would call or recognize as ecological thought. Ecology is a 20th century word, so I don’t mean to suggest that Shakespeare or Milton was running around London talking about ecologies, but it is the moment when people start to think of the environment as a discursive subject the way we might think about it now. They become concerned about deforestation and pollution and, in fact, climate change. Since we’re at present in the midst of a climate emergency—thoroughly unprecedented in human history—I’m interested in looking at this moment when people were starting to think—in the anglophone context—about nature, in the ways it’s bequeathed us our current paradigms for thinking, and ask if maybe there are different stories that were told at the time about our ethics and relationships with the non-human world that it might be good to consider as we try to confront the urgency and necessity of action now.

I love the oak. So many different kinds! The oak is indigenous to all of the populated areas of the earth. The acorn is immensely calorically efficient. It can sustain large living beings, including humans, for days or months on end. It can live in almost any climate, and its root system can be 10 times in diameter the diameter of its crown, which is extraordinary to think about, if you had one of these oak trees in the center of our LSU football field, the roots would be out beyond the edges of the stadium. It’s just incredible. And a single oak tree can sustain 1,700 or more different species, living on and in it.

Hats off to the oak!