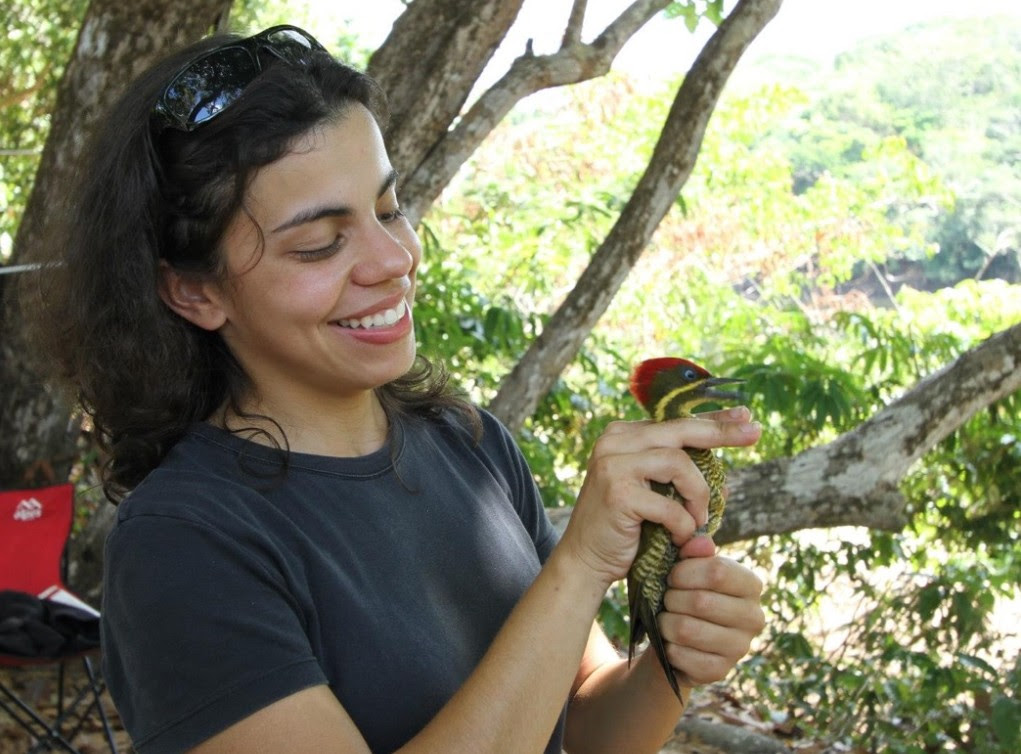 Congratulations to LSU MNS ornithology student, Glaucia Del-Rio on being awarded the Sir Charles Blois Explorer Award from the Scientific Exploration Society. The award includes £5000 and was created to "support a 'Pioneer with Purpose' undertaking an adventurous expedition with strong physical requirements in a challenging environment which aims to produce new science, physical or anthropological insight into little known peoples."

The Emilie Snethlage Expedition
(text from the Scientific Exploration Society)

Glaucia Del-Rio is a 29 year old biologist originally from São Paulo, Brazil. Her passion for birds started in 2008, during her first expedition to the Amazon Forest. Since then, Glaucia has been working to document and describe Brazilian Avifauna before the advances of dams, pastures and cities threaten the existence of species still little studied by scientists and the general public. Leading a crew of eight women in an expedition to a remote area in the Amazon Forest, Glaucia wants to pay tribute to the explorer, Emilie Snethlage – the first woman to lead a scientific institution in South America. The expedition will centre on one of the least explored areas of the Amazon Forest, the Juruá river – the only river not explored by Snethlage. Glaucia seeks to honour Snethlage’s achievements today by giving her Brazilian team of young women the opportunity to unravel the secrets of the Amazon Forest. www.ses-explore.org