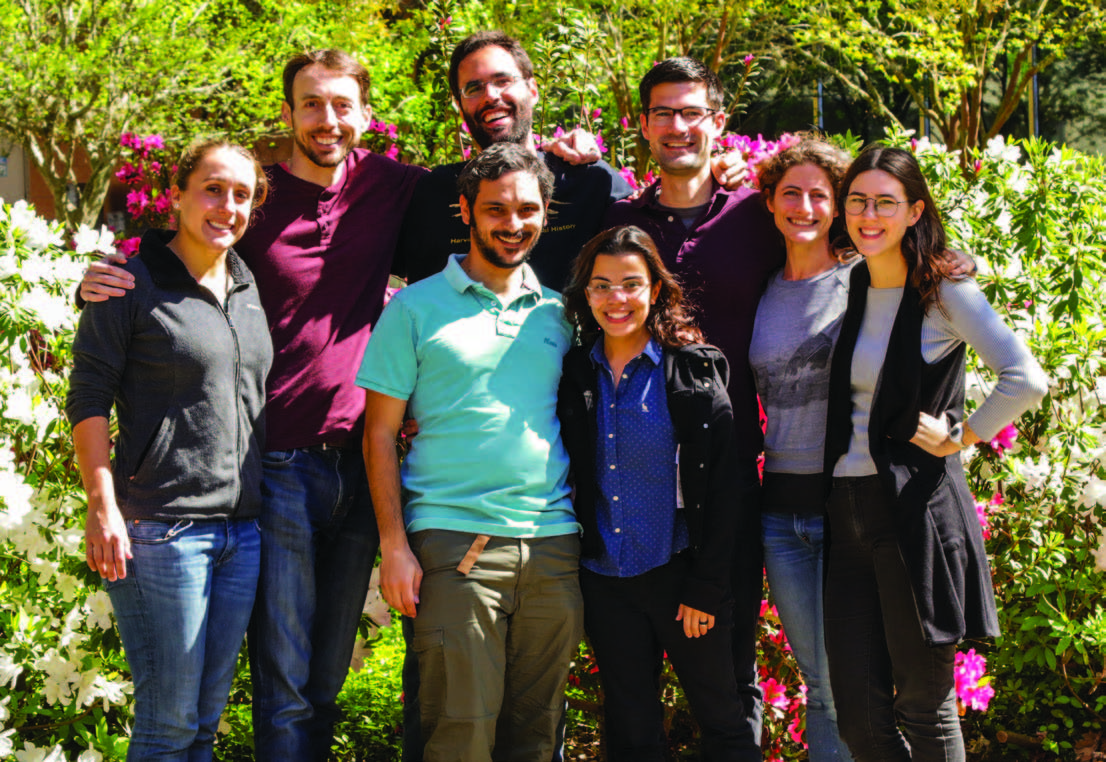 We are glad to report that there are currently 13 graduate students at the Louisiana State University Museum of Natural Science working hard to continue this institution’s legacy of ornithological excellence. This legacy is due to the effort and skill of numerous ornithologists, but this year we are especially honoring Ted Parker on the 25th anniversary of his passing. When Ted died in a plane crash during a biological survey in Ecuador, we lost an inspiring individual for all of us graduate students. None of us met him personally, but we regularly get to hear stories from the older vanguard at LSU of his tremendous ornithological field skills. For his many contributions to the study of Neotropical birds, Ted will be inducted into the LSU College of Science’s Hall of Distinction on April 20th.

Building on the scientific contributions of people like Ted Parker is our primary goal as LSUMNS graduate students. Three “bird grads” just returned from conducting fieldwork in Sumatra, while the rest of us have been keeping busy with lab work, data analysis, writing, and preparing to share our research this summer at scientific meetings. Fieldwork in South America is also on the summer agenda with expeditions planned to Peru and Brazil. In our spare time you can find us behind binoculars keeping tabs on the local bird life—especially now that spring migrants are arriving in Louisiana.

Spring migration is a special time for us graduate students—in part because of our Annual Louisiana Big Day Fundraiser. On the Big Day, after weeks of scouting and planning, a team of LSUMNS graduate students will scour the state for 24 hours to see as many bird species as possible under American Birding Association Big Day rules. We target the end of April, when bird diversity is highest due to the large number of migratory bird species passing through on their way to northerly breeding grounds. We’ll be closely monitoring the weather forecasts to pick the best day possible. On April 24 of last year our Big Day team recorded 202 species. With the right combination of effort, weather, and luck, we hope to approach or even surpass our Big Day record of 221 set in 2010. As impressive as 221 might be, in 1982 Ted Parker and Scott Robinson recorded 331 species in one day at a single site in southeast Peru!

The funds we raise on the Big Day this year will be placed in the Ted Parker Memorial Fund. This fund supports ornithological fieldwork in the tropics and is a much-appreciated resource for graduate students. The past generosity of donors like you has made the Big Day a success and made many research projects possible. We hope you will support our efforts this year by making a donation online. All donations are tax deductible to the extent of the law.

The graduate program at the LSUMNS is widely regarded as one of the premier programs for bird study, and your donations directly contribute to our success. As always, we are grateful for and inspired by your support. 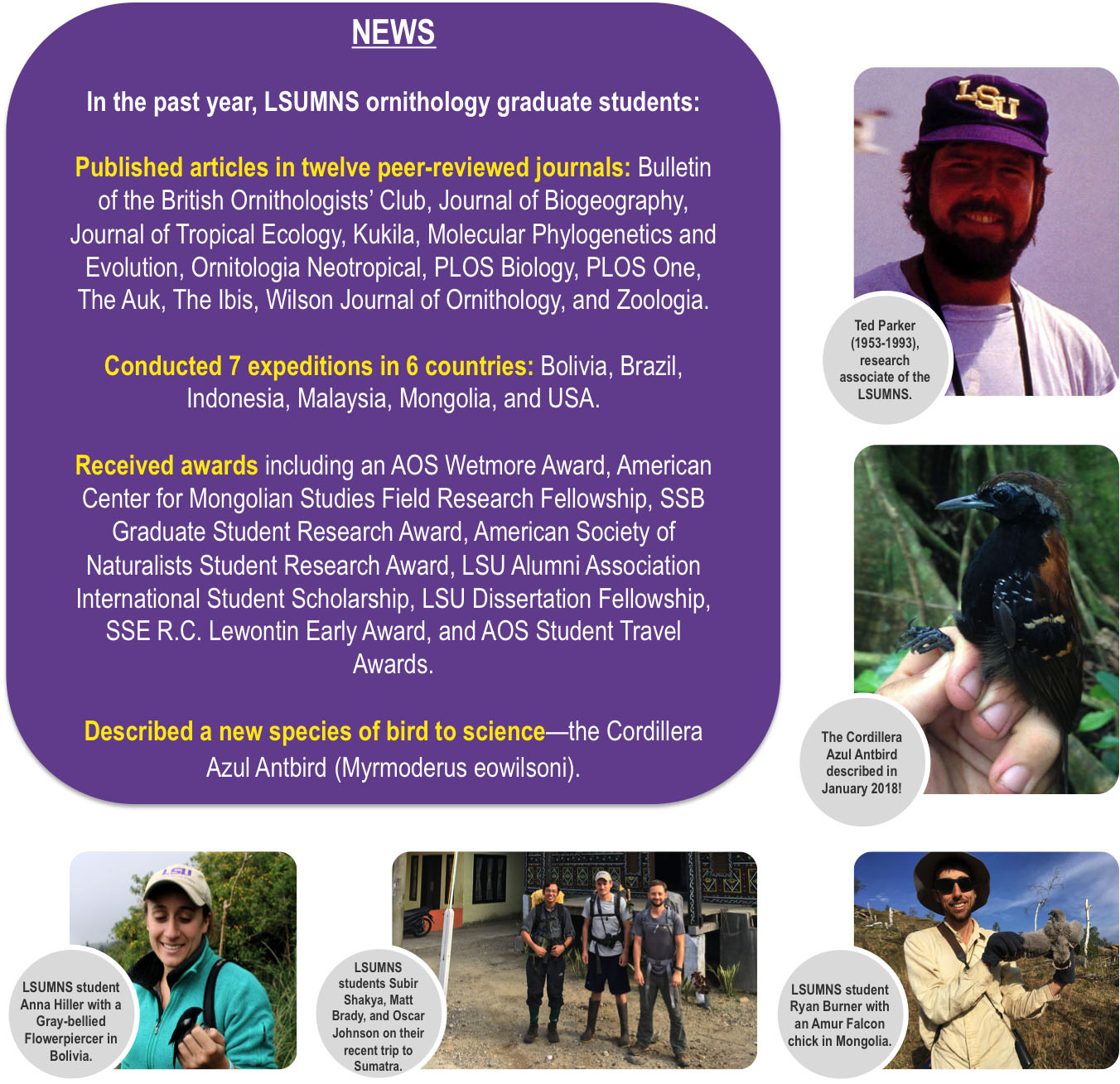