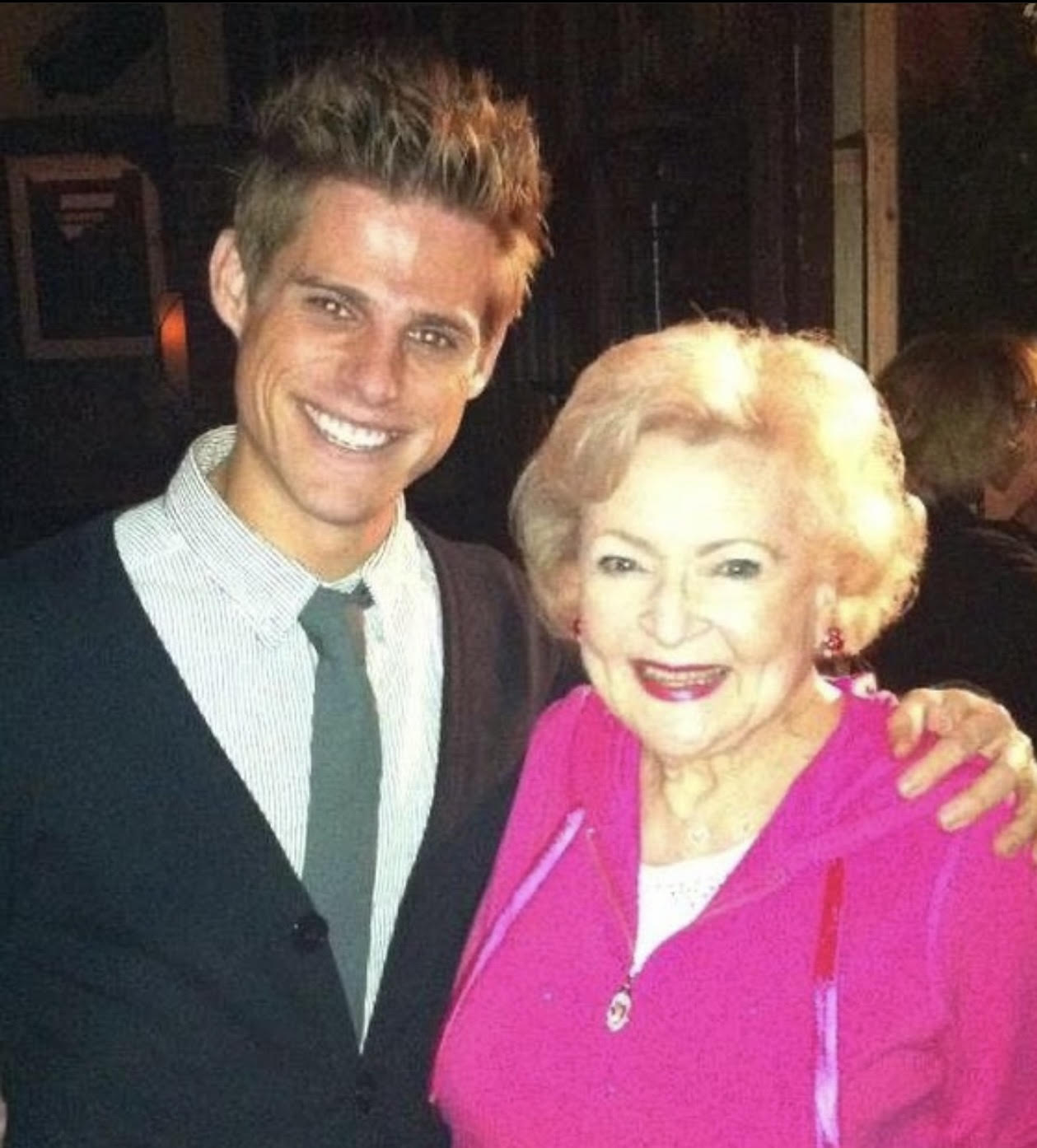 BATON ROUGE - LSU theatre graduate Nathan Frizzell remembers beloved comedy icon Betty White not just from television screens but as his former colleague. After many auditions, classes and television gigs the aspiring actor landed a recurring role on White's last Television series, "Hot in Cleveland." Frizzell describes the cast of the hit series as "tight knit" and an "extended family" which he says is rare in the industry. He said working with the iconic actress left a lasting impression on his career.

How did your time at LSU lead you to landing a gig with a star as iconic as Betty White?

"Within two weeks after graduating from LSU, I moved to Los Angeles with a couple of fellow theatre alumni. We didn't really know anyone and started from scratch auditioning, taking classes, doing student films, sending blind submissions to agencies. Eventually, I landed my first agent and started doing TV and commercials.  I also moved up through the school at The Groundlings. The improv training they gave me was a continuation of the improv training I got at LSU with a professor who had graduated from Second City in Chicago, another famous institution. All of this led me to start doing sketch comedy with a group of friends, one of whom was the producing partner of Sean Hayes, from Will & Grace."

What was your first impression of Betty White?

"Meeting Betty for the first time was really thrilling. Before I could even start gushing over her she was welcoming me to the show, asking me if I had a good time and gave me the most genuine hug. That she made it a point to be so gracious was truly a highlight for me."

Do you have any funny stories with her?

"The funny thing about Betty that I learned from working with knowing her was that she had a mischievous side. We often think of her as the innocent Rose from The Golden Girls, but she at times had a very adult sense of humor. But it was all in good fun. In addition to that she was a flirt!  On my second episode, we all gathered in Betty's dressing room to do a speed read of the script. I was still a little nervous, because when you're working in that kind of environment you have to bring your A-game every time. After I delivered my first joke there was silence. Betty stared straight at me. I panicked. I thought 'Did I just screw this up?!' Then she leaned over to Georgia Engel, who was also guest-starring on the show, and said to her, 'Isn't he the cutest?' Then back to me, she said 'Are you single?' I almost died. The other ladies from the Hot In Cleveland cast laughed and I'm sure my face was as red as could be. Betty and Georgia just giggled away. It was a super fun moment that broke the ice and from that point on I was able to relax because it felt like that was Betty's way of truly welcoming me to the cast."

What were your thoughts when you found out the news of her death?

"When I found out about her death, I was actually taken aback by how emotional I got. Betty really did feel like a grandmother. Maybe it was because she reminded me a lot of both of my grandmothers and because I had grown up watching her on "The Golden Girls." Getting to work with her and spend time with her was no disappointment. It feels like I'd lost someone special to me. I don't really get that way with celebrities, even ones I've worked with. But Betty was different." 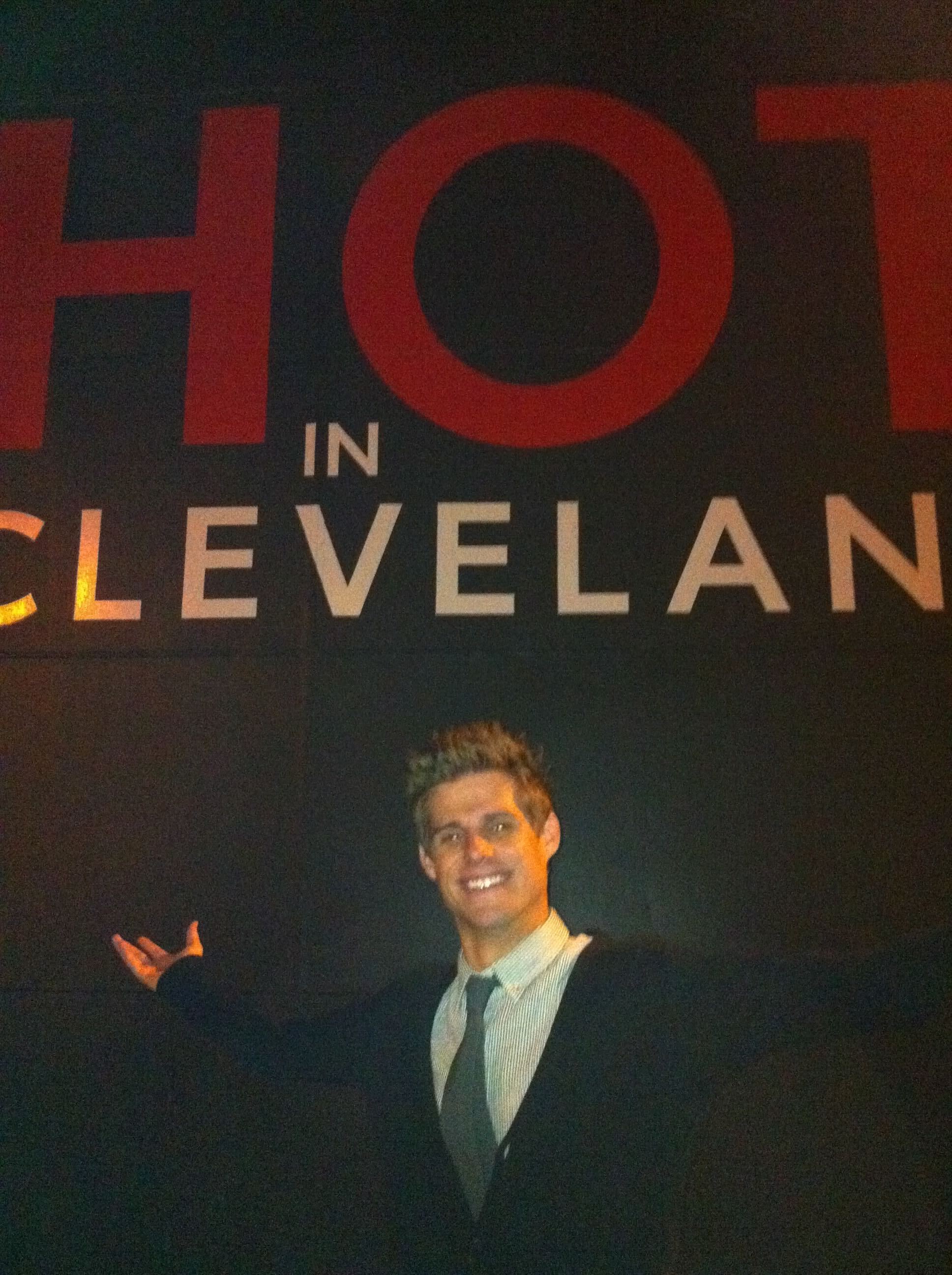 How did she impact your career?

"From a professional perspective, I learned a lot about comedy from Betty. She gave us a great gift as Rose Nylund, because she showed actors how to portray someone simple and innocent without turning them into buffoons or idiots. Her timing was impeccable, her improvs were legendary, and her characters were real. But more importantly, she showed us that you could have it all and still be a humble and loving person. You could welcome others and be gracious towards everyone. As long as I live, I will never forget the moment she told me after I did an episode of the show that she thought I was funny. It was a very simple statement, and I wonder if she knew how much it would mean to hear that. Coming from her, I don't know there was a greater compliment I could have been given. And honestly, just those few words gave me the strength to keep competing in this insanely tough business.I feel lucky to have had the opportunity to be in her presence for a short while. She was a lovely person and a legendary talent. It's not easy to find both."