The Naming of the Shrew 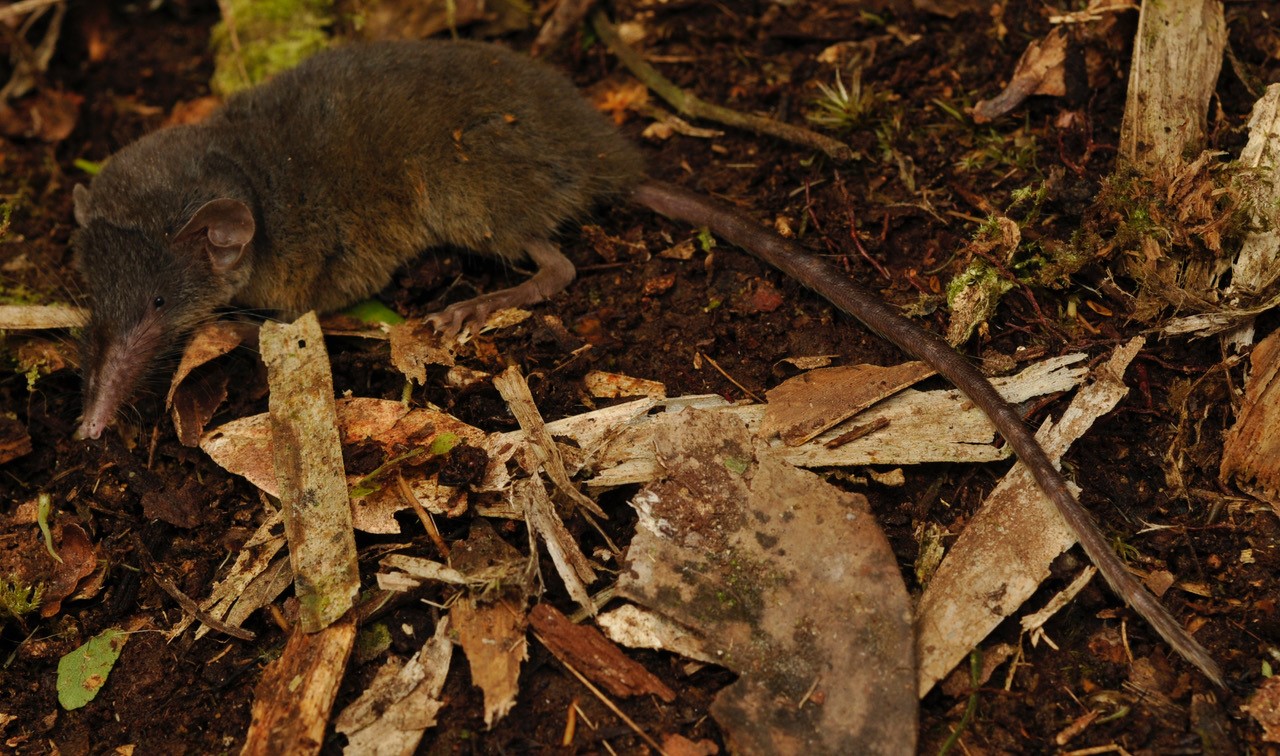 LSU researchers have discovered a new species of shrew in Indonesia, which they have named the Sulawesi hairy-tailed shrew.

BATON ROUGE – Researchers at LSU have discovered a new species of shrew, which they have named the hairy-tailed shrew, or Crocidura caudipilosa.

“There was no doubt that this was a new species,” said LSU Museum of Natural Science Mammal Curator Jake Esselstyn whose work on Sulawesi Island in Indonesia led to the discovery published in the Journal of Mammalogy. “There isn’t another species on the island that has as much hair on its tail, in terms of shrews.”

The newly discovered shrew is slender with gray-brown fur on its back and silver-gray fur on its belly. Its tail is slightly longer than the combined length of its head and body and is covered with long bristles and hair, which make the distinctive tail very hirsute. In fact, no other shrew species in Indonesia, Malaysia or the Philippines is known to have such thick, long hair on its tail; however, some shrew species in Africa have very hairy tails. The scientists were also surprised to discover that this shrew climbs trees whereas most shrews live primarily on the ground, as far as anyone knows.

The Sulawesi hairy-tailed shrew was found on nine mountains across Sulawesi at various elevations from 1,500 feet to 4,800 feet.

“Tropical diversity is still not well documented even for mammals with a wide distribution on this island. This discovery shows how little we still know about mammal diversity,” Esselstyn said.

The real challenge was figuring out which shrew is its closest relative and how this new species fits into the shrew family tree. Shrews’ features do not change very much over time, which means closely related species tend to look very similar and are hard to distinguish from each other. This has posed a challenge for mammalogists in the past to discover new shrew species.

“Genetic data have revolutionized what we can distinguish between shrews. A lot of species are first recognized as being genetically distinct, then we look at its morphology, or physical features,” Esselstyn said.

Despite these challenges, Esselstyn and his colleagues and students have also discovered several new mammals in Indonesia including the hog-nosed rat, the Sulawesi water rat and the slender root rat as well as the sky island moss shrew in the Philippines.

Meanwhile at the LSU Museum of Natural Science, they continue to search and analyze specimens for more new species and to help put the pieces of the large tree of life puzzle together.

A new climbing shrew from Sulawesi highlights the tangled taxonomy of an endemic radiation, Journal of Mammalogy: https://academic.oup.com/jmammal/article/100/6/1713/5681256