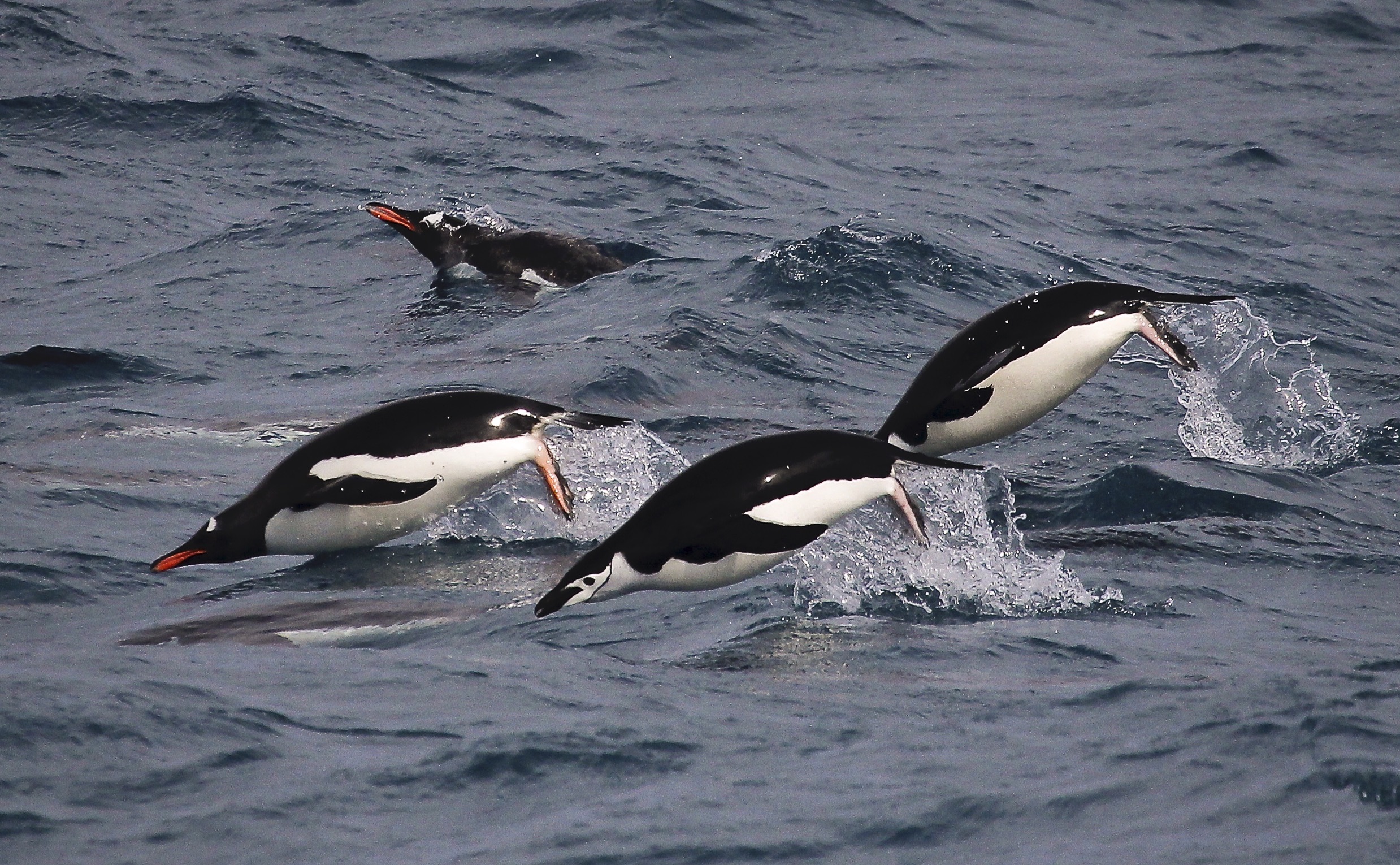 12/02/2019
BATON ROUGE – New research reveals how penguins have dealt with more than a century of human impacts in Antarctica and why some species are winners or losers in this rapidly changing ecosystem.

Michael Polito, assistant professor in LSU’s Department of Oceanography & Coastal Sciences and his co-authors published their findings in the Proceedings of the National Academy of Sciences, which is available on Monday, Dec. 2.

“Although remote, Antarctica has a long history of human impacts on its ecosystems and animals. By the early to mid-1900s, humans had hunted many of its seals and whales nearly to extinction. Seal and whale populations are now recovering, but decades of climate change and a growing commercial fishing industry have further degraded the environment,” Polito said.

Polito co-led a team of researchers from Louisiana State University, University of Rhode Island, University of Oxford, University of California Santa Cruz, and the University of Saskatchewan with the goal of understanding how human interference in Antarctic ecosystems during the past century led to booms and busts in the availability of a key food source for penguins: Antarctic krill.

“Antarctic krill is a shrimp-like crustacean that is a key food source for penguins, seals, and whales. When seal and whale populations dwindled due to historic over-harvesting, it is thought to have led to a surplus of krill during the early to mid-1900s. In more recent times, the combined effects of commercial krill fishing, anthropogenic climate change, and the recovery of seal and whale populations are thought to have drastically decreased the abundance of krill,” Polito said. 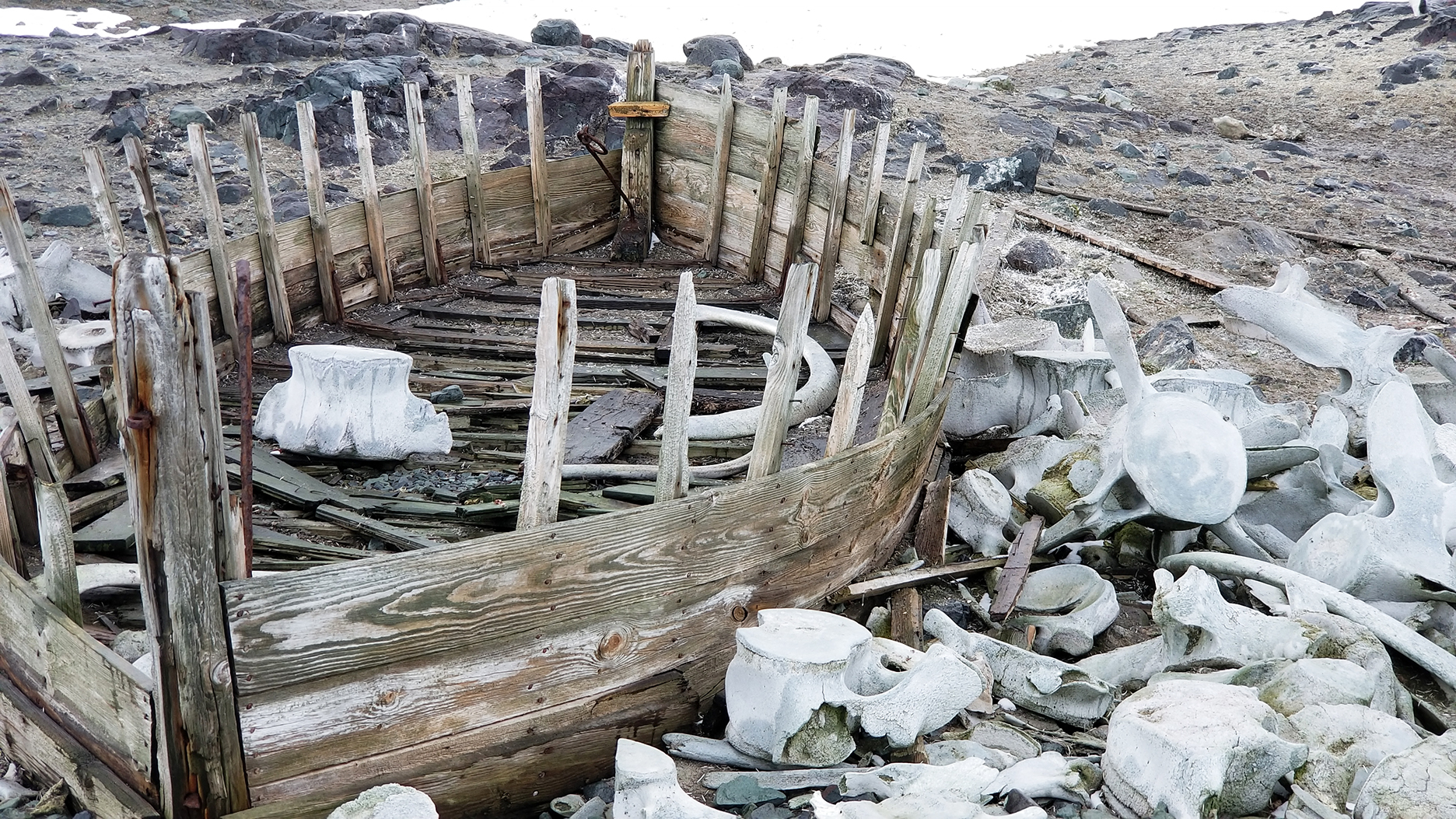 In this study, the team determined the diets of chinstrap and gentoo penguins by analyzing the nitrogen stable isotope values of amino acids in penguin feathers collected during explorations of the Antarctic Peninsula during the past century.

“We’ve all heard the adage, ‘You are what you eat.’ All living things record a chemical signal of the food they eat in their tissues. We used the stable isotope values of penguin feathers as a chemical signal of what penguins were eating over the last 100 years,” said Kelton McMahon, co-lead author and assistant professor at the University of Rhode Island.

Because humans have never commercially harvested penguins, Polito and colleagues expected that changes in their diets and populations would mirror shifts in krill availability. The team focused their research on chinstrap and gentoo penguins because chinstrap penguins have had severe population declines and gentoo penguin populations have increased in the Antarctic Peninsula over the past half century.

“Given that gentoo penguins are commonly thought of as climate change winners and chinstrap penguins as climate change losers we wanted to investigate how differences in their diets may have allow one species to cope with a changing food supply while the other could not,” said Tom Hart, co-author and researcher at the University of Oxford.

The team found that both penguin species primarily fed on krill during the krill surplus in the early to mid-1900s that was caused by seal and whale harvesting.  In contrast, during the latter half of the past century, gentoo penguins increasingly showed an adaptive shift from strictly eating krill to including fish and squid in their diets, unlike the chinstrap penguins that continued to feed exclusively on krill.

“Our results indicate that historic harvesting and recent climate change have altered the Antarctic marine food web over the past century. Moreover, the differing diet and population responses we observed in penguins indicate that species such as chinstrap penguins, with specialized diets and a strong reliance on krill, will likely continue to do poorly as climate change and other human impacts intensify,” Polito said.

The authors predict that the Antarctic Peninsula Region will remain a hotspot for climate change and human impacts during the next century, and they believe their research will be beneficial in predicting which species are likely to fare poorly and which will withstand—or even benefit from—future changes.

According to McMahon, “By understanding how past ecosystems respond to environmental change, we can improve our predictions of future responses and better manage human-environment interactions in Antarctica.”

The National Science Foundation Office of Polar Programs and the Antarctic Science Bursary provided funding for this research.

Read the full paper, “Divergent Trophic Responses of Sympatric Penguin Species to Historic Anthropogenic Exploitation and Recent Climate Change,” once the embargo lifts on Proceedings of the National Academy of Sciences’ website, https://www.pnas.org/cgi/doi/10.1073/pnas.1913093116.  Images, videos and captions are available at https://bit.ly/2pFEB6e.