11/14/2019
BATON ROUGE - Nearly two dozen LSU students participated in the world’s largest student-led game design competition last month. The event, called Chillennium, is hosted by Texas A&M University. According to the event’s website, the weekend event asks competitors to plan, design and develop a video game within 48 hours, while also being mentored by members of the gaming industry. 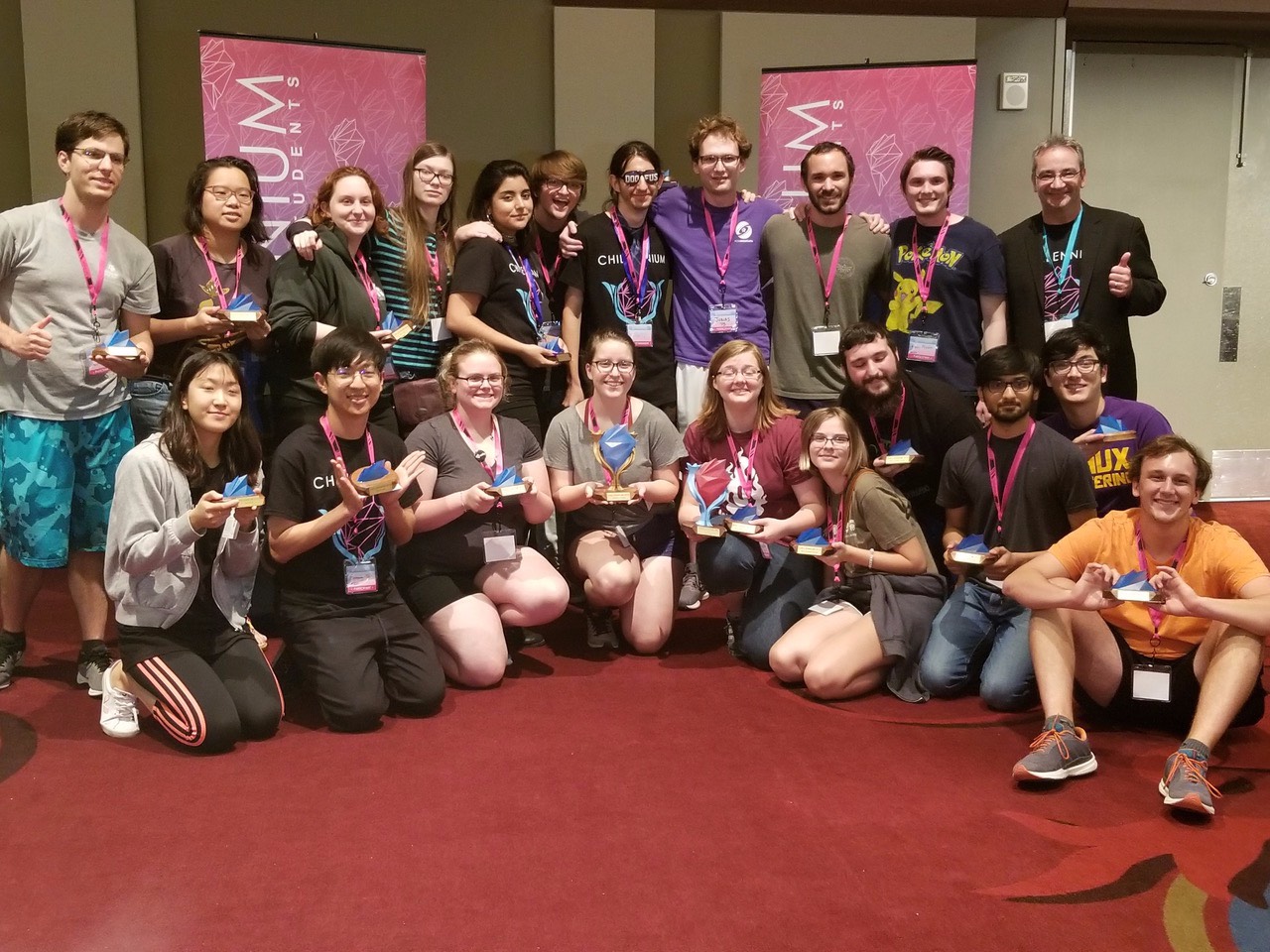 "It was a really great opportunity to get hands-on experience with the production of a game. There was plenty of opportunities to network with people in the field who were all very enthusiastic to share their experiences,“ said Cameron Courtois, an undergraduate student from Prairieville, Louisiana, majoring in digital art.

“You’re surrounded by artists and creators, all just as passionate about what they’re making as you are. It really encourages you to push the envelope and create something you’re proud of, which I feel we did,” said Kathryn Nastasi, from Baton Rouge, Louisiana, an undergraduate student majoring in information systems and decision sciences.

This was the second time a group from LSU competed. This year, students took home two awards.

“But the entire group won by participating in an exciting event, stretching their creative and technical abilities, and taking part in a unique opportunity that allows you to feel what it is like to work in the video game industry - even if just for 48 hours,” said Marc Aubanael, director of LSU’s Digital Media Arts and Engineering. “We demonstrated that our Louisianan teams can compete on an international level.”

For many students, it was their first time competing in this kind of event.

“Students had to create the art, audio and graphics for a game in a very short amount of time and learn to work with students they knew well, or have never worked with before. Most teams were multidisciplinary with students from various programs,” Aubanel said.

“LSU went from no awards in 2018 to winning to prizes this year,” Aubanel said. “Team Chillennials won for best UX/UI for their entry, ‘A Number’s Game.’ Team Headspace won for best art.  Over 350 students competed in the tournament with teams coming as far as China to compete.”

“I would have never thought of winning at the nation’s largest student run game jam as being a possibility, until it happened. When I heard ‘Best in art goes to Ghost,’ my heart stopped. It was one of the best feelings knowing your team’s hard work was being noticed, especially after having a group cry session immediately after submitting. Game jam can be stressful but it is rewarding, and I plan to go to several more and work with my team, Ghost Garden Studios, again,” said Julia Grammes, a computer science major from Slidell, Louisiana.