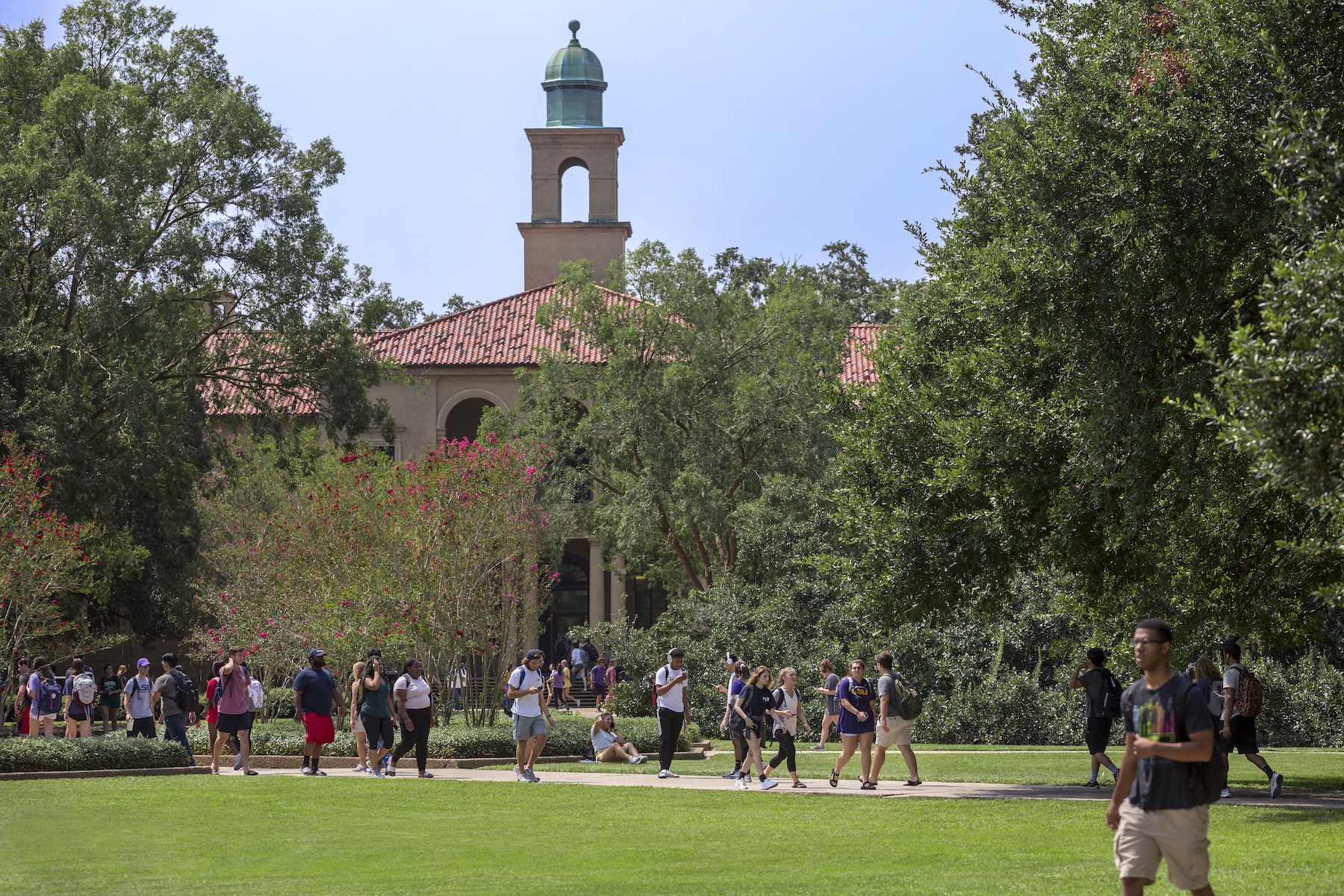 LSU has moved up 148 spots in the three years that the Wall Street Journal/Times Higher Education College Rankings have been released. LSU ranks 84th among public universities and 33rd among flagships nationwide this year.

09/05/2019
BATON ROUGE – LSU has moved up swiftly in the Wall Street Journal/Times Higher Education Rankings since the rankings first launched three years ago, climbing 148 spots in the overall ranking list in that time.

“We are proud to see outcomes-based rankings such as the Wall Street Journal/Times Higher Education Rankings appropriately reflect the exceptional education and opportunity we provide our students through academics, research and service,” LSU President F. King Alexander said. “This type of ranking demonstrates the impact of long-standing commitment to providing higher education with higher return on investment, and underscores our student, faculty and alumni success.”

Alexander has long been a proponent of more transparency and having universities publicizing their outcome measures. Alexander has worked closely ranking agencies such as Wall Street Journal/Times Higher Education College Rankings to help them continue to refine their rankings to appropriately reflect the mission of and the public good created by public universities.

According to the Wall Street Journal/Times Higher Education, these rankings provide students, and institutions, with access to a comprehensive list of more than 800 colleges and universities evaluated on their educational impact and the lifetime benefit to students.

The college rankings are based on 15 key indicators that assess colleges in four areas: Outcomes, Resources, Engagement and Environment. Outcomes account for 40 percent of the weighting and measures things like the salary graduates earn and the debt burden they take on. Resources are weighted 30 percent and is a proxy for the spending schools put into instruction and student services. Engagement, weighted at 20 percent, is drawn from a student survey and examines views on things like teaching and interactions with faculty and other students. Environment, weighted at 10 percent, assesses the diversity of the university community.

LSU has been named as one of the top universities in the country in other recently released rankings as well.

LSU made a significant jump in the latest Washington Monthly 2019 College Guide and Rankings, climbing nearly 20 spots to #71 among public universities nationwide. In addition, LSU moved up six spots to #24 among flagship universities this year. LSU also remained Louisiana’s highest ranked university and once again is ranked in the top half of the SEC.