St. Francisville-native Zoë Williamson was one of five recipients of the foundation’s Hidden Heroes Award 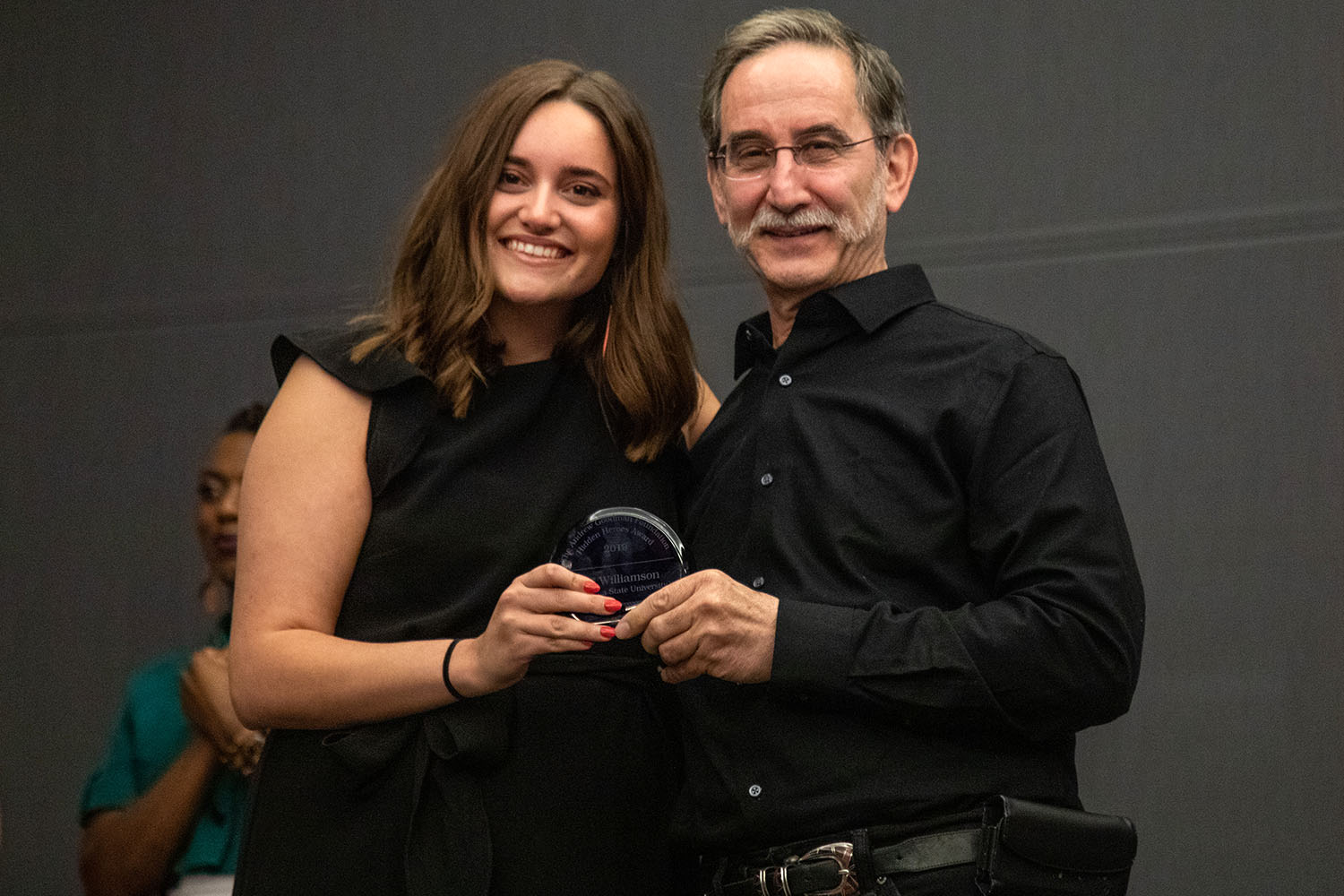 06/26/2019
BATON ROUGE – On Saturday, June 22, the Andrew Goodman Foundation recognized five young campus leaders from around the country for their dedication to ensuring their fellow college students have access to polling places and voter registration services. Among the five honorees was LSU’s Zoë Williamson, a native of St. Francisville, La., and May 2019 graduate of the Manship School of Mass Communication.

“We are so proud of the work Zoe has done to engage students and congratulate her on this tremendous, well-deserved honor,” said Manship School of Mass Communication Dean Martin Johnson.

The Hidden Heroes Award honors The Andrew Goodman Foundation’s outstanding Vote Everywhere Ambassadors and Puffin Democracy Fellows for demonstrating a commitment to continuing Andrew Goodman’s legacy of expanding civic engagement and defending democracy in their communities. More than 100 of these civic leaders from around the country were considered for the award. Vote Everywhere Ambassadors are college students from schools around the country who lead voter campus registration drives, Get Out the Vote efforts, and remove the barriers that student voters face. The Puffin Democracy Fellows, the Foundation’s newest leadership program, work on innovative and impactful projects to expand voting rights and social justice in their local communities and nationally. 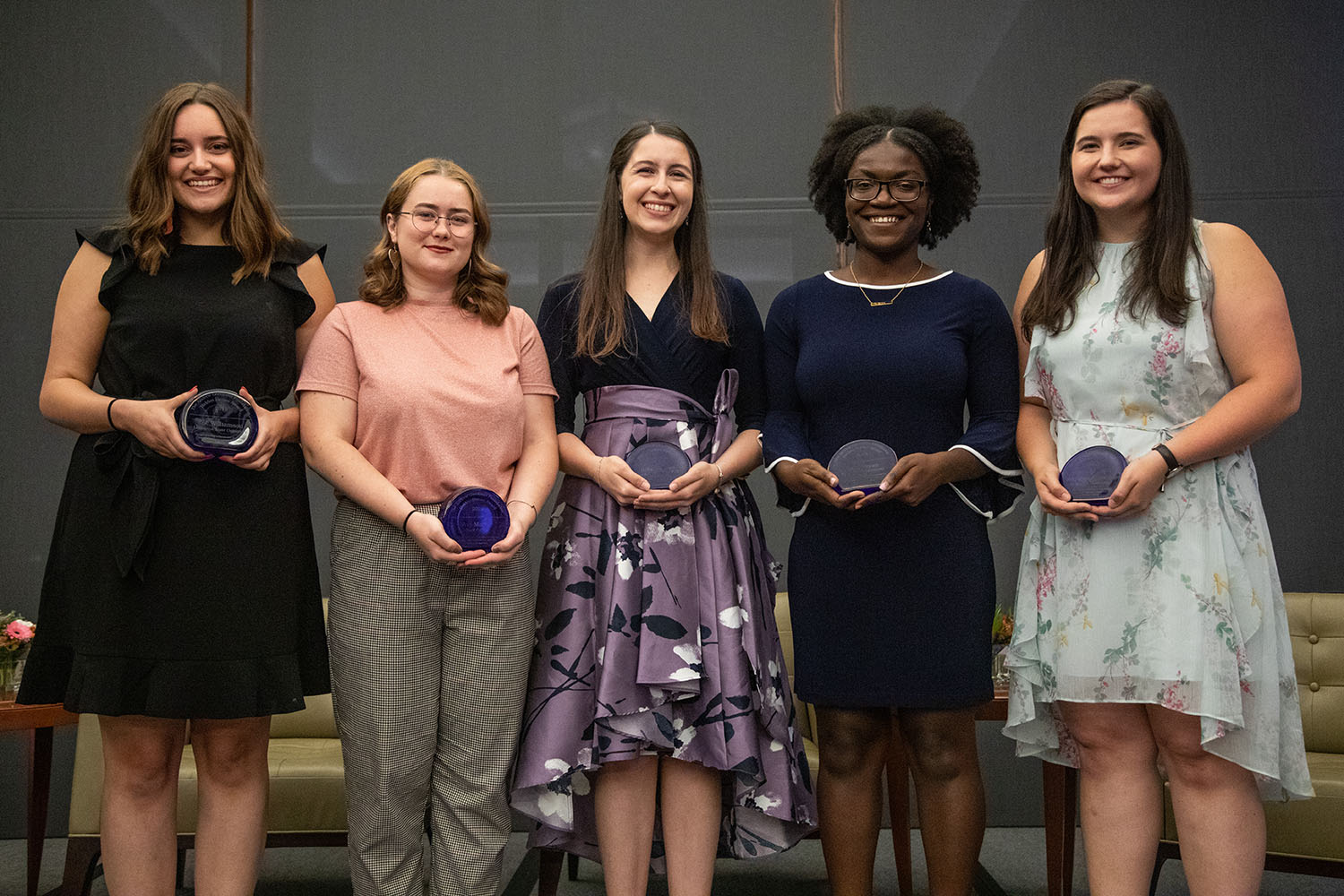 “This year’s Hidden Heroes award ceremony comes at an important time in our country’s history as more states push to restrict voter registration efforts. These extraordinary young leaders, along with all of our Vote Everywhere Ambassadors and Puffin Democracy Fellows, are standing at the front lines of these battles,” said Sylvia Golbin-Goodman, the executive director of The Andrew Goodman Foundation. “We are in awe of their dedication and fearlessness in the face of these efforts and we couldn’t be more honored to recognize these outstanding young people.”

Williamson studied political communication at LSU with a minor in political science. She served as a Governor’s Fellow in Louisiana Government and worked in the governor’s communication office. She also previously served as LSU Student Government’s director of communications. As a Vote Everywhere Ambassador, Williamson helped lead Geaux Vote in expanding the organization’s structure, social media presence, and cadre of volunteers; integrating voter registration into everyday student life and registering 2,500 students to vote; and creating one centralized polling place on LSU’s campus to make casting a ballot more accessible for all of LSU’s students.

The Andrew Goodman Foundation’s awards ceremony took place during the foundation’s fifth annual National Civic Leadership Training Summit, where students from 59 campuses around the country meet to train and prepare Vote Everywhere Ambassadors for the upcoming school year. The event features workshops and lectures with staff, alumni, and expert speakers. The summit also commemorates the 55th anniversary of Andrew Goodman’s murder by the KKK in Mississippi while registering African Americans to vote. 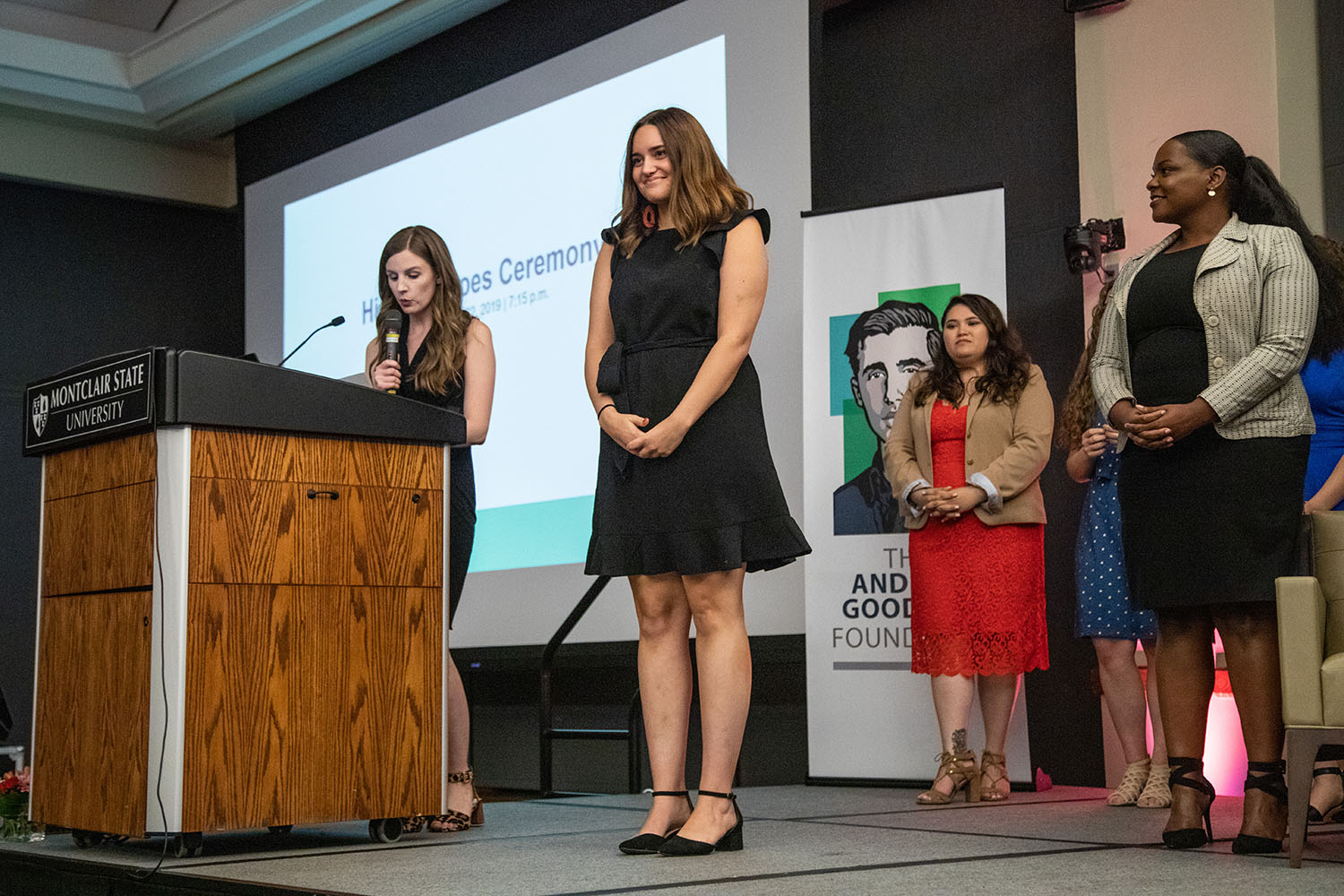 About The Andrew Goodman Foundation
The Andrew Goodman Foundation’s mission is to make young voices and votes a powerful force in democracy by training young leaders, engaging low-propensity voters, and challenging restrictive voter suppression laws. The Foundation's Vote Everywhere program partners with America's colleges and universities to provide resources, visibility, and mentoring to a national network of student leaders who involve their peers in participatory democracy through long-term voter engagement, public policy, and social justice initiatives. The organization is named after Andrew Goodman, a Freedom Summer volunteer and champion of equality and voting rights who was murdered by the KKK in 1964 at 20 years old while registering African Americans to vote in Mississippi.

About LSU’s Manship School of Mass Communication
LSU’s Manship School of Mass Communication ranks among the strongest collegiate communication programs in the country, with its robust emphasis on media and public affairs. It offers undergraduate degrees in public relations, journalism, political communication, digital advertising and pre-law, along with four graduate degree programs: master of mass communication, Ph.D. in media and public affairs, certificate of strategic communication, and dual MMC/law degree. Its public relations students were recently ranked the #1 team in the nation, and its digital advertising and student media teams frequently earn national recognition.

About Geaux Vote LSU
Geaux Vote LSU is a non-partisan student organization at LSU which aims to educate and engage students in civic responsibility and the political process. Geaux Vote’s efforts are made possible by the LSU Manship School of Mass Communication and the Andrew Goodman Foundation.