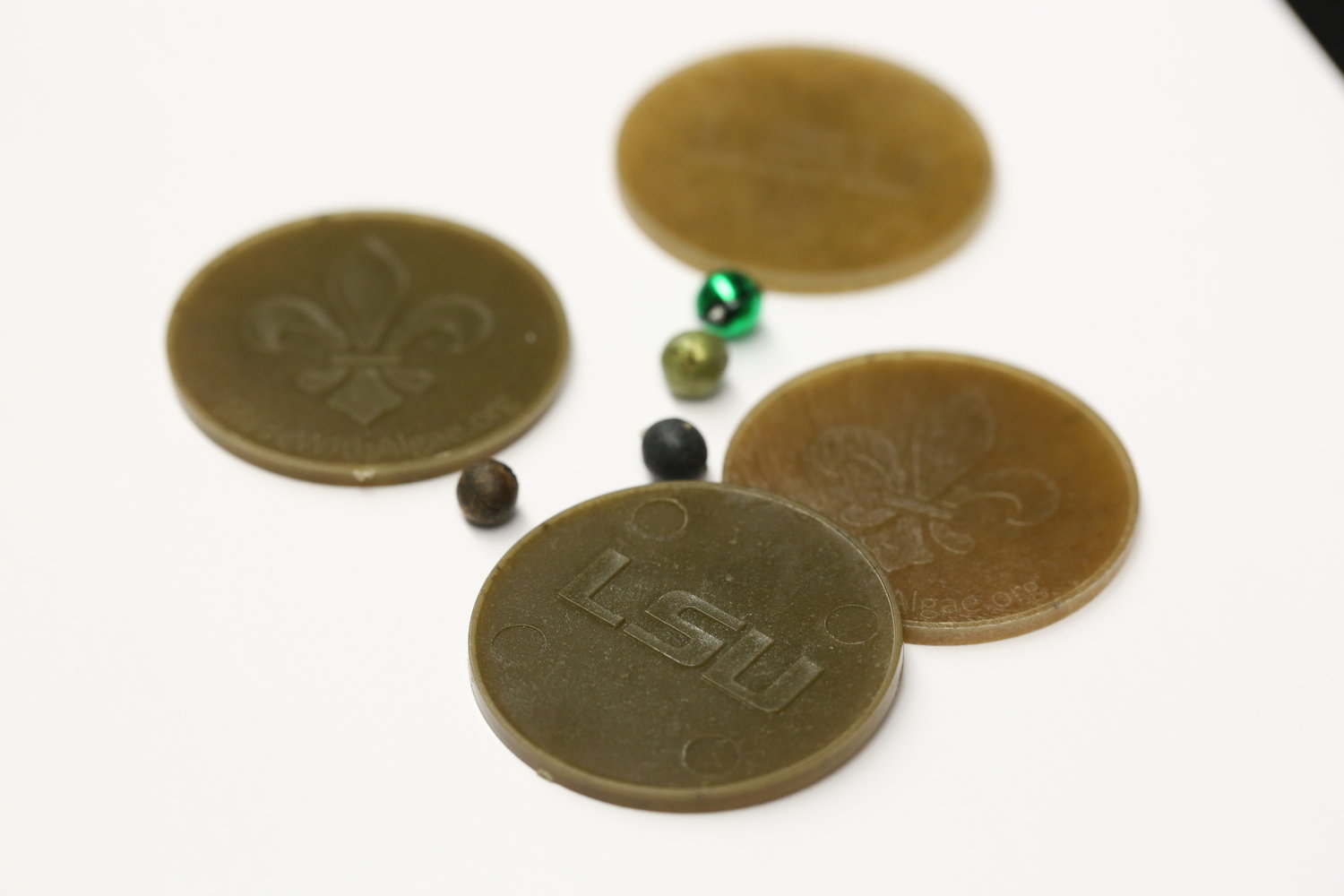 BATON ROUGE – LSU Department of Biological Sciences Professor Naohiro Kato is refining the process to make biodegradable Mardi Gras beads. He has patent applications pending on various formulations and methods of making the biodegradable beads that could help prevent tens of thousands of pounds of plastic Mardi Gras beads from entering the environment every year.

For one of his inventions, Kato has developed a process in which to grow a species of microscopic algae called diatoms, harvest it and process it into a powder that can form throw beads and doubloons. After the fun is had, these celebratory throws will biodegrade in soil in about one to two years.

The biggest challenge to production is offsetting the high cost to manufacture a more environmentally sustainable bead. Kato estimates that it will cost about $40,000 to produce the first batch of 3,000 biodegradable bead necklaces or about $13 per necklace; although a second batch could be produced for $1 or less per necklace. He has received some assistance from the LSU Board of Supervisors’ Leveraging Innovation for Technology Transfer, or LIFT2 grant. He has also been approached by angel investors.

Meanwhile, Kato has identified a viable market for the extraction of various compounds found in algae that could help offset the cost of the beads — the nutraceutical industry, which distributes nature-based products for supplements, cosmetics and food, could benefit from the sourcing of these materials from algae. From the diatoms he has grown, Kato has been able to extract an antioxidant called fucoxanthin, which has been shown to have natural anti-cancer properties as well. Fucoxanthin is a highly valuable product equating to about a $300 million industry. Kato said that he can sell about 1 pound of the powered form of fucoxanthin for roughly $50,000.

The by-product after extracting fucoxanthin includes other proteins from the algae that would be used to make the biodegradable beads. Kato is collaborating with LSU AgCenter Department of Biological and Agricultural Engineering Charles P. Siess Jr. Professor Dorin Boldor on the extraction process. Similarly, LSU AgCenter’s School of Renewable Natural Resources Roy O. Martin Sr. Professor in Composites and Engineered Wood Products Qinglin Wu is working on developing another variation of a bead made with wood fiber that also could be used to make Mardi Gras throws more environmentally friendly.

Meanwhile, Kato is in discussion with a nutraceutical company and awaiting a contract in order to begin production of biodegradable Mardi Gras beads.