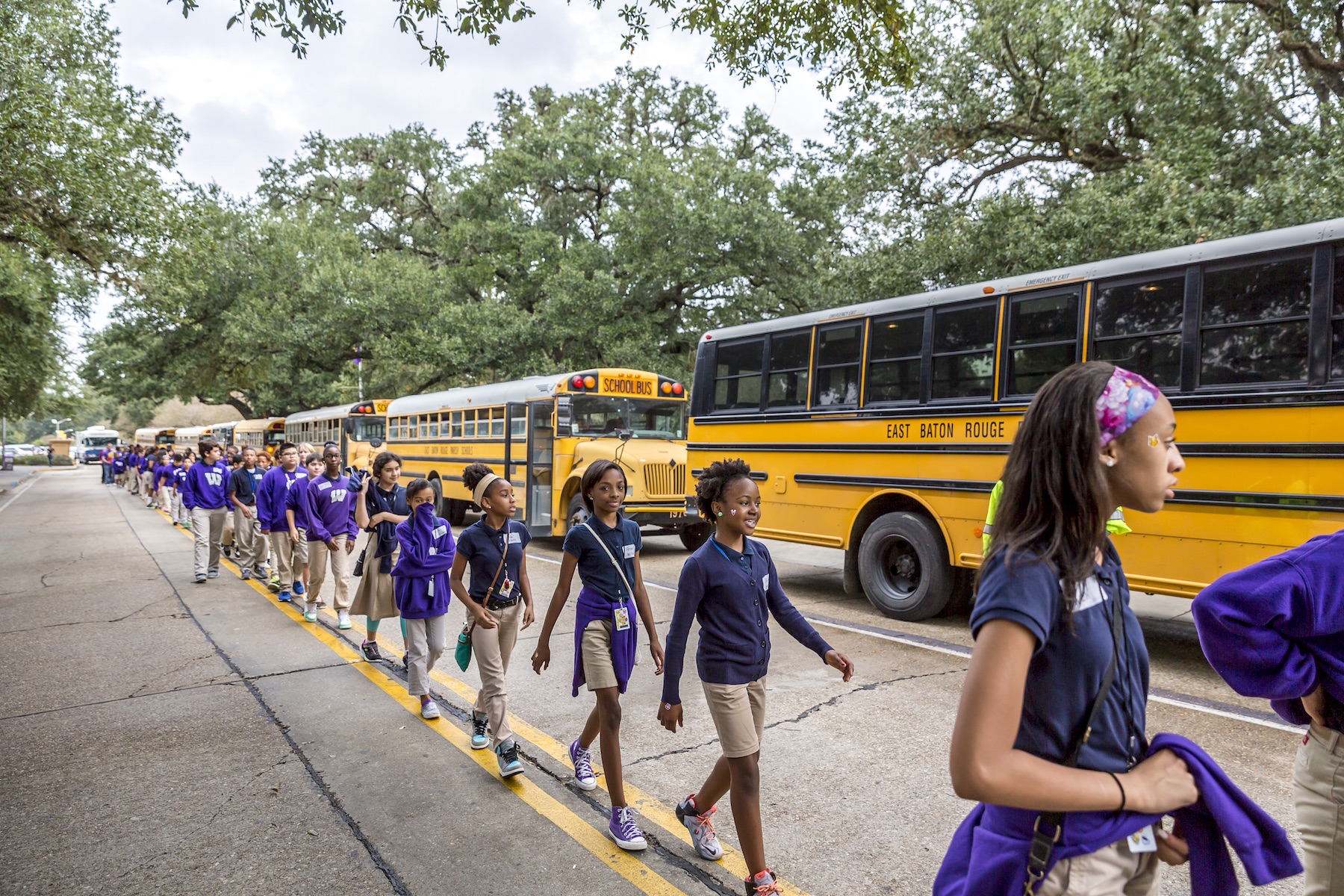 The Capital Area Promise will be guided by five elements, including college tours for all middle school students, such as the Sixth Grade Day that takes place at LSU. Photo: LSU

08/30/2018
BATON ROUGE – Leaders of Baton Rouge’s four largest education institutions are launching a new initiative to create more college and career pathways for students in the city and surrounding communities. The “Capital Area Promise” will connect several existing programs from each institution for a more cohesive impact on the Greater Baton Rouge area.

“This collaboration will make a real difference in the lives of Baton Rouge children, many of whom may not believe that higher education is a viable option for them,” Alexander said. “The Capital Area Promise demonstrates our collective commitment to ensuring a better future for our friends and neighbors streamlining and clarifying the most effective pathways to college and career readiness.”

The Capital Area Promise will be guided by five elements: promoting early childhood education, college tours for all middle school students, summer internships for youth, a pledge by students and parents, and guaranteed admission to a post-secondary or technical education.

To fulfill these goals, the institutions have collaboratively agreed to 10 strategies, including increase the percentage of high school students with dual enrollment credits, increase the number of postsecondary degrees and technical certificates, reduce barriers for college affordability and expand teacher preparation programs.

“We are ecstatic to partner with our local universities and public school system to help develop a workforce for the future,” Broome said. “I look forward to coming together to leverage existing programs in our community to develop innovative partnerships that drive positive changes for the future of Baton Rouge.”

For more information on the Capital Area Promise, contact Brandon Smith, LSU director of community and education partnerships, at 225-578-8699 or lsucup@lsu.edu.