Gremillion, a native of Baton Rouge, was selected for his work securing an online voter registration program on campus 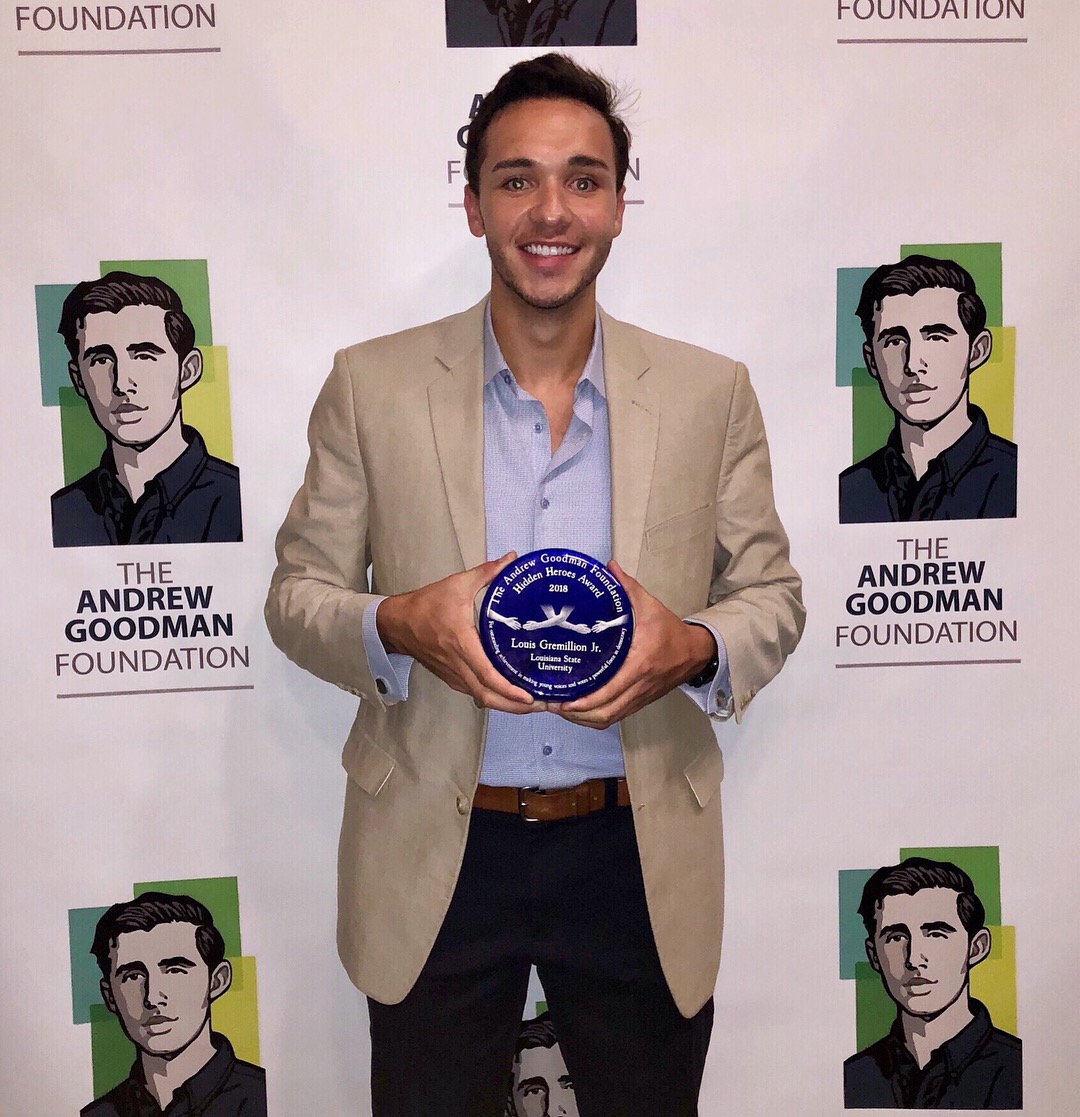 The Hidden Heroes Award recognizes exceptional Vote Everywhere Ambassadors and Puffin Democracy Fellows for their devotion to the mission of The Andrew Goodman Foundation, “to make young voices and votes a powerful force in democracy.” Award recipients have demonstrated outstanding commitment to expanding civic engagement and defending democracy on their campuses and in their surrounding communities.

“As in the past, this year’s five awardees stand out in their commitment to enhancing voter access through a variety of initiatives on the campus, local, and state levels,” said Sylvia Golbin-Goodman, executive director of The Andrew Goodman Foundation.

“We want to make sure that we’re, one, doing all we can to inform students about issues that affect them,” said Gremillion. “And, two, that we continue to do our part to make civic engagement as easily accessible as possible.”

Gremillion is continuing his education at LSU in the fall. He is beginning the Master of Public Administration program with a focus on public policy. Gremillion plans to stay involved in local issues, and get involved in advocacy on the state and local level.