At LSU, there are two very large Native American earthen mounds that are much older than the Egyptian pyramids. One of the Campus Mounds was excavated in 2012 and found to be about 6,100 years old.

An LSU archaeologist and geologist recently led an excavation of one of the mounds with undergraduate researchers. Rebecca Saunders, the W.G. Haag Professor of Archaeology in the LSU Department of Geography and Anthropology, and Brooks Ellwood, the Robey Clark Distinguished Professor in Geology in the LSU Department of Geology & Geophysics, share what they know about these unique, archeological treasures on LSU’s campus.

What do we know about the Campus Mounds at LSU? 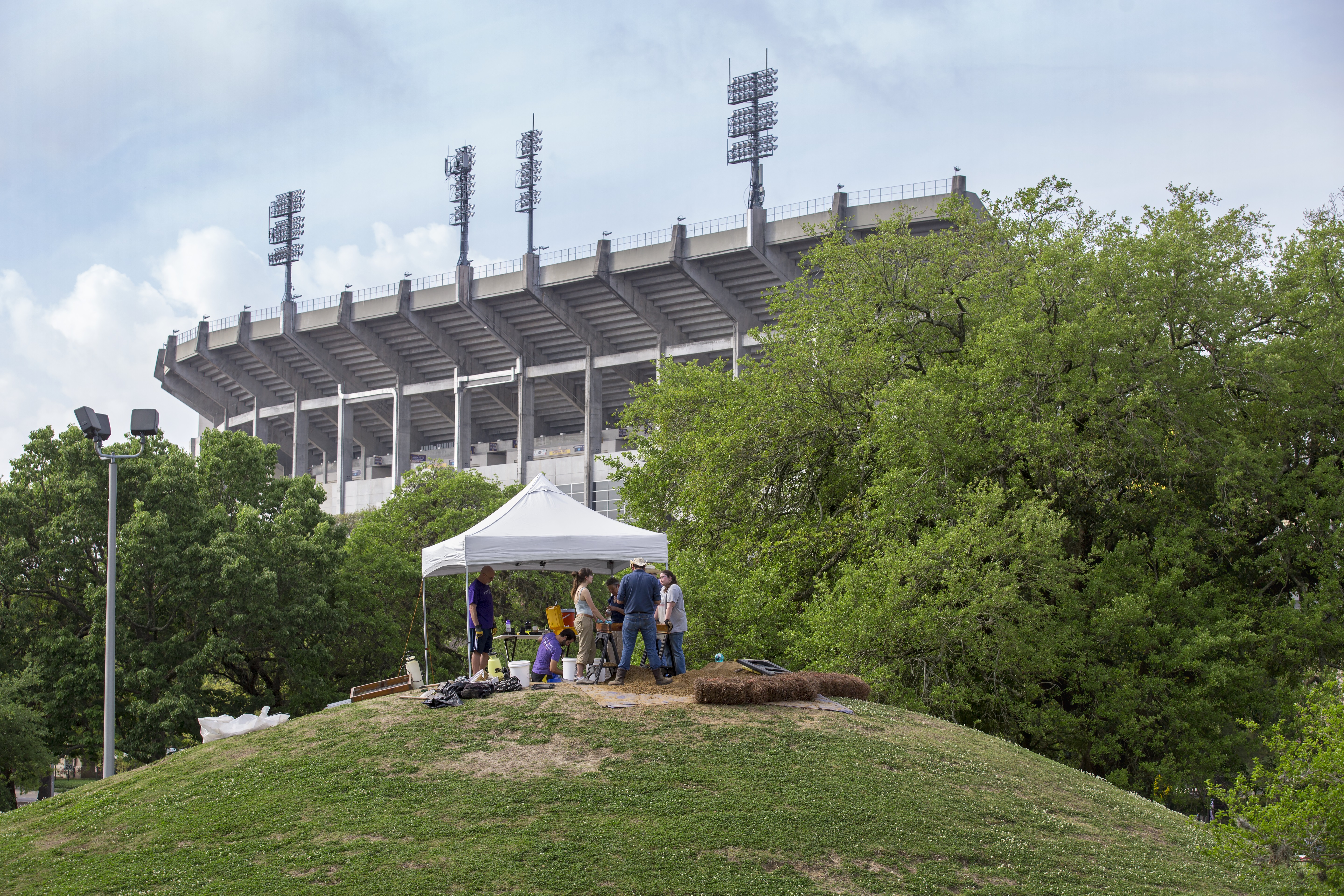 Older than the pyramids in Egypt, the earthen mounds on LSU's campus are architectural remnants from an ancient civilization that inhabited the area about 6,100 years ago.Photo Credit: Cody Willhite, LSU.

RS: The LSU Campus Mounds are among the oldest known mounds in Louisiana that are accessible to the public. The people who built the mounds were egalitarian fisher-hunter-gatherers. Archeologists previously thought that these people could not have built monumental architecture such as these earthen mounds. The LSU Campus Mounds played a large part in upending these previously held beliefs.

How unique are the mounds for the area and for a university campus on North America?

BE: Because the mounds are about 6,100 years old, they are some of the oldest man-made edifices in North America and therefore they are very unique. That means that our campus prominently displays structures built over many thousands of years!

What do you think the mounds were used for?

RS: Our understanding of how the mounds were used is sketchy at best. Based on modern observations of hunters and gatherers, it is likely that 6,000 years ago, people lived in scattered bands —anywhere from 50 to 200 folks—around the landscape. Periodically, perhaps when certain food resources were particularly abundant, the people would converge at the mound site to exchange information, catch up with friends, trade, perform rituals necessary to the maintenance of the group and maybe most importantly, choose a mate from outside the band. In this scenario, the rituals might have included building up the mounds every time the bands came together. We have evidence that Mound A was built over a period of some 200 years.

Have you found any artifacts?

RS: Very few stone artifacts were found in Mound A, but our excavations in Mound B did not produce a single prehistoric artifact. In addition, almost no artifacts of any prehistoric period have been found around the mounds. This indicates that the area where the mounds were built was not used much, or possibly at all, before they were built. Otherwise, some artifacts would have been incidentally included in mound fill. Indeed, there seems to have been an ethos that dictated the mound area be kept clean while the mounds were in use and even afterwards.

What have you discovered about the mounds? 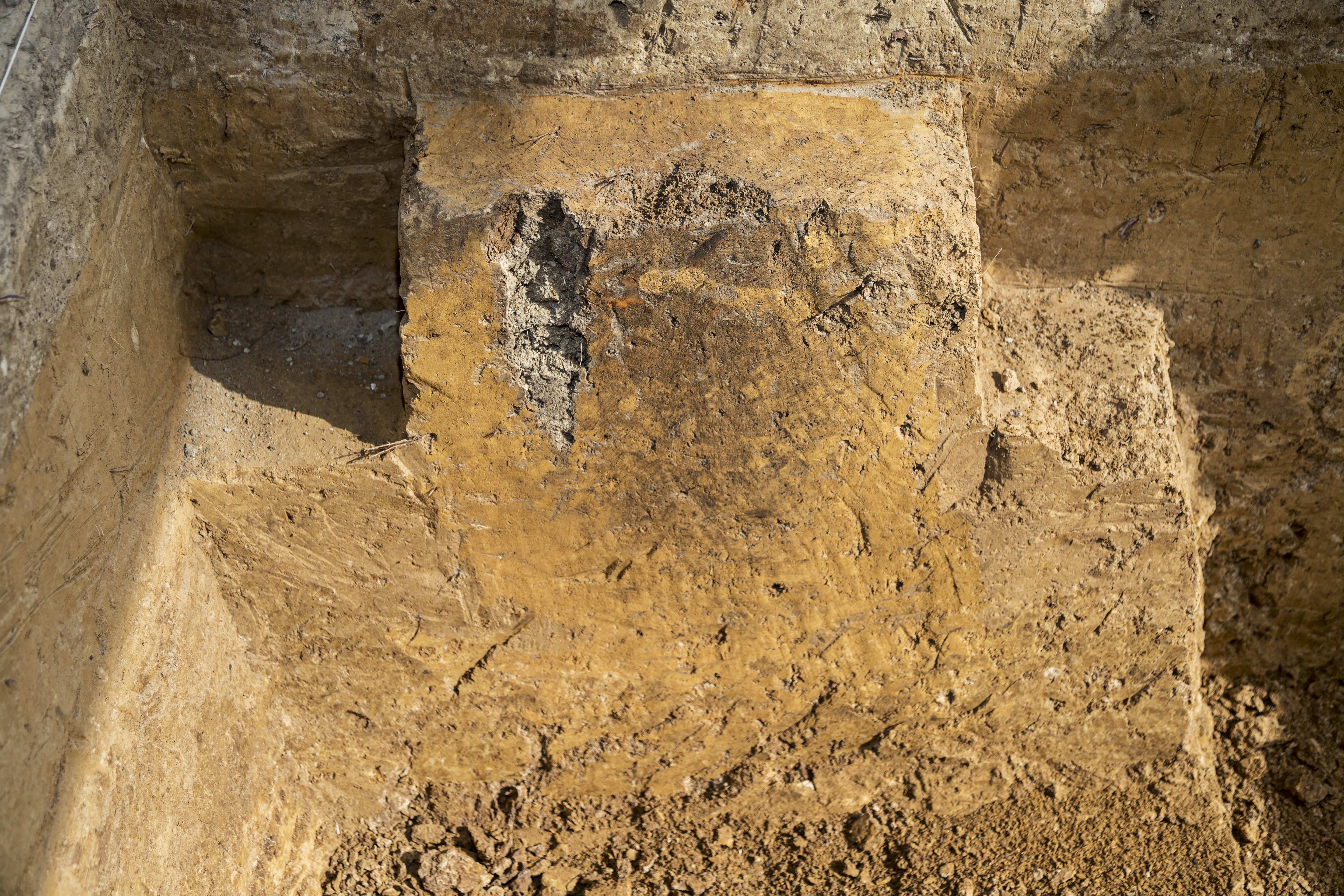 Researchers excavated Mound A in 2012 and Mound B in 2018. They dug a hole about the size of a telephone booth and found that Mound B was built from a fine dust called Pleistocene loess that derived from glaciers in the north central U.S. during the last major glaciation that ended about 17,000 years ago.Photo Credit: Cody Willhite, LSU.

BE: The two earthen mounds are built from two different types of material and sediment. The southern Mound B was built from a fine dust called Pleistocene loess that derived from glaciers in the north central U.S. during the last major glaciation that ended about 17,000 years ago. As the glaciers moved, they ground up the rocks below, and its fine sediment was carried out in front of the glaciers by melt water coming from the glaciers as they receded. This material then dried and was picked up by winds and deposited over much of the southern U.S. The bluffs along the river to the north of Baton Rouge all the way up and beyond Vicksburg, Miss., are also comprised of loess. However, Mound A was built from mud that was deposited by the Mississippi River along the edge of the campus on the flood plain, where the football stadium is.

What is significant about the location of the mounds?

BE: The mounds were placed at a point where the Mississippi River made a turn to the south, after running along and eroding in front of where The Chimes restaurant stands. (Note: Louie’s diner would have been underwater at that time.) From The Chimes, the Mississippi River flowed west and turned abruptly south just to the north of Mound A.

What did you and LSU students do during the excavation process? 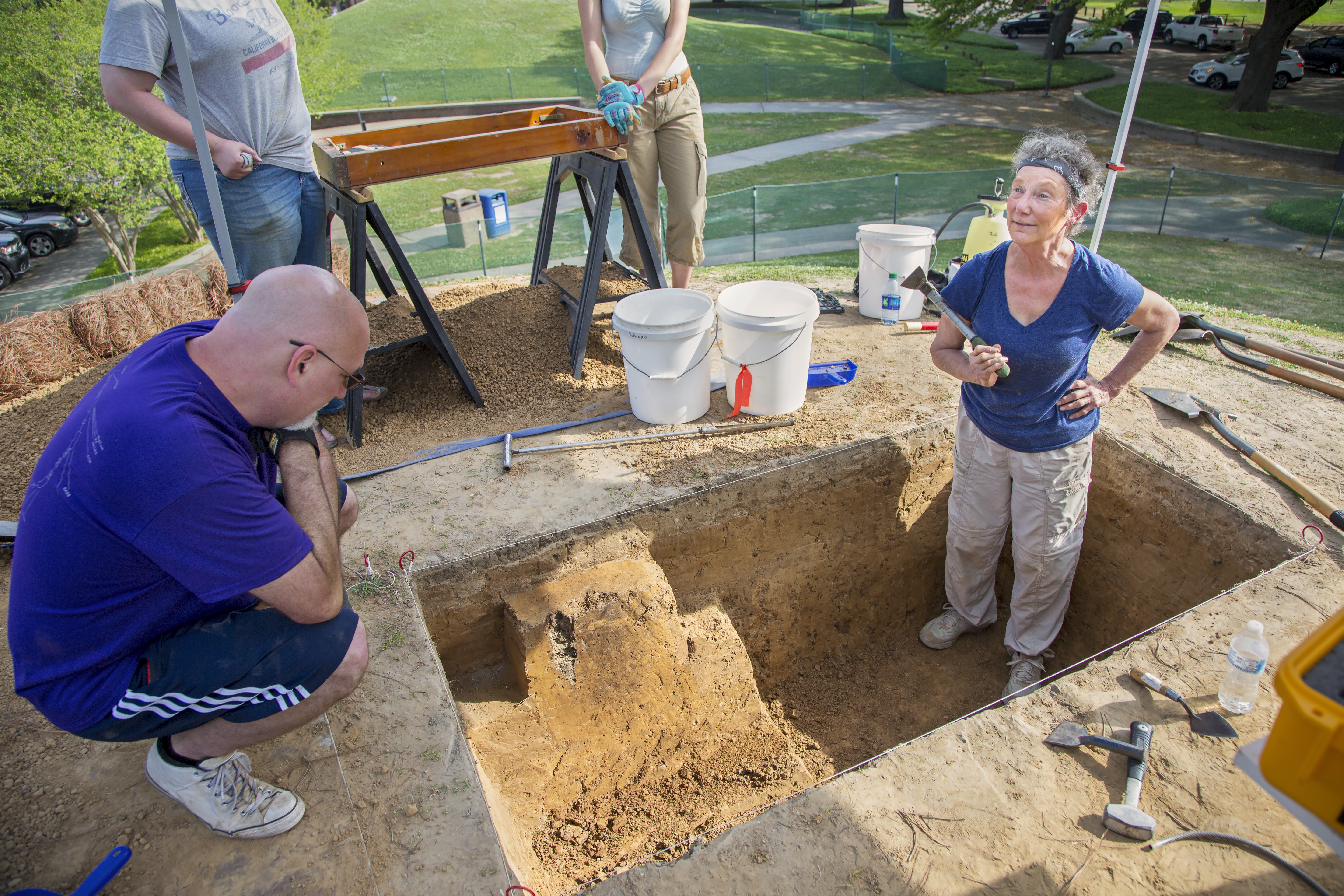 LSU archaeologist Rebecca Saunders and geologist Brooks Ellwood lead an excavation of the Campus Mound B.

BE: We excavated the top of Mound A in 2012. In 2018, we carefully excavated the top of Mound B and looked carefully at the sediments that were deposited. We passed the sediment through screens to try and capture any artifacts, but none were found. After digging and screening, we then filled the excavation with the sediment extracted from the excavation, and now LSU Facilities Services will take over and not only work on the excavation area, but also work to heal the damage that has been done to both mounds by all the activity that has impacted the mounds over many years. Basically, the mounds are slowly being destroyed, and we are losing these unique, ancient structures.

What does the LSU community and the public need to know about the mounds?

BE: We need to work hard to save and preserve the mounds and make their uniqueness known to the community. We also need to point out that it is up to each and every one of us to preserve for posterity what we have here at LSU. Given that LSU has these very ancient mounds, it makes our campus incredibly unique!