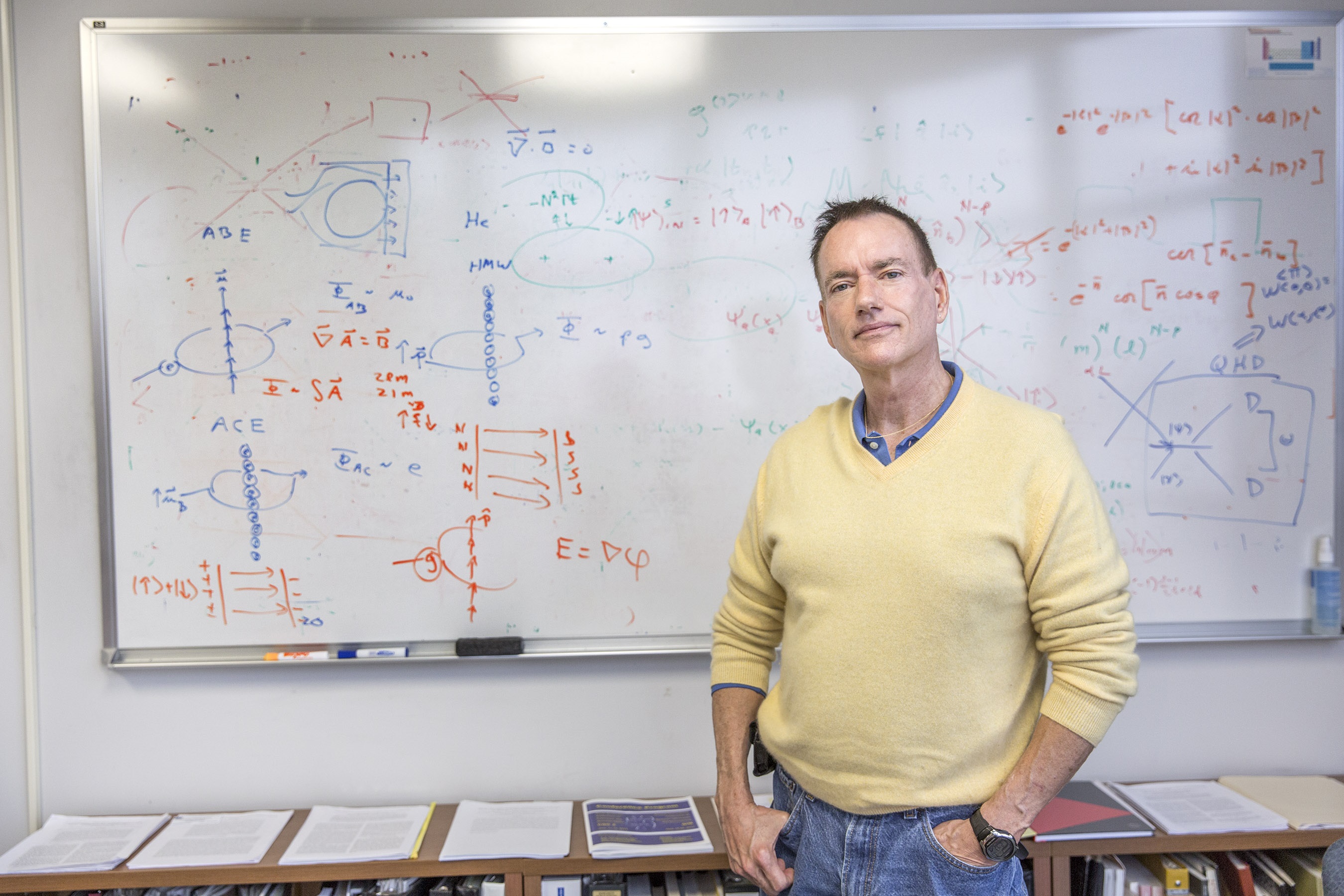 BATON ROUGE – As quantum computers built by Google, IBM, Microsoft and others are coming online, it is imperative to develop quantum control methods to allow these producers to scale up to thousands or millions of transistors.

Dowling and collaborators have been awarded more than $7 million from the U.S. Army Research Office to develop quantum technologies related to sensing. Their recently received grant titled, “Quantum control based on real-time environment analysis by spectator qubits,” is funded for three years, with the possibility of a two-year extension for a total of $7.05 million. The purpose of the grant is to develop feedback and control techniques on quantum systems that will be used to improve the performance of quantum computers and sensors.

Dowling’s team is one of 24 academic research teams to receive this competitive funding. LSU will receive nearly $1 million over the next five years as part of the DoD Multidisciplinary University Research Initiative program, or MURI grant.

Dowling, co-chair of LSU’s Hearne Institute for Theoretical Physics and the Hearne Chair Professor of Theoretical Physics in the LSU Department of Physics & Astronomy, is participating on a team of researchers from University of California, Berkeley; Dartmouth University; Duke University; Johns Hopkins University Applied Research Lab; Massachusetts Institute of Technology; and the University of Oregon, as part of the DoD MURI program. MURI projects involve teams of researchers investigating high priority topics that range across a wide variety of disciplines.

“MURI supports research by funding teams of investigators that include more than one traditional science and engineering discipline in order to accelerate the research progress,” said Dale Ormond, principal director for research, in the Office of the Under Secretary of Defense for Research and Engineering. “MURI awards also support the education and training of graduate students in cutting-edge research areas.”

The highly competitive MURI program complements other DoD basic research initiatives that support traditional, three-year, single-investigator university research grants. By supporting multidisciplinary teams with larger, longer awards in carefully chosen and relevant research topics, DoD and the Services enhance the potential for significant and sustained advancement of research in critical areas of importance to National Security and the DoD’s mission.

The Army Research Office, the Air Force Office of Scientific Research and the Office of Naval Research solicited proposals in 24 topic areas important to the DoD and the Services. After two rounds of merit-based reviews, a panel of DoD scientists and experts narrowed the proposals to 100 from which the 24 final awards were selected. Based on the proposals selected in the competition, 64 U.S. academic institutions are expected to participate in the 2018 MURI program. In addition, this year, for the first time, Australia has funded research teams to work together with two U.S. MURI teams.

Over the past 30 years, DoD’s MURI program resulted in significant capabilities for the military forces and opened up entirely new lines of research. Notable examples include foundations in the fabrication of nanoscale and microscale structures by the processes of self-assembled materials, or SAM, and microcontact printing, the integration of vision algorithms with sensors to create low-power, low-latency, compact adaptive vision systems and advances in fully optical data control and switching. These and other important technological advances from the MURI program have impact on current and future military capabilities.