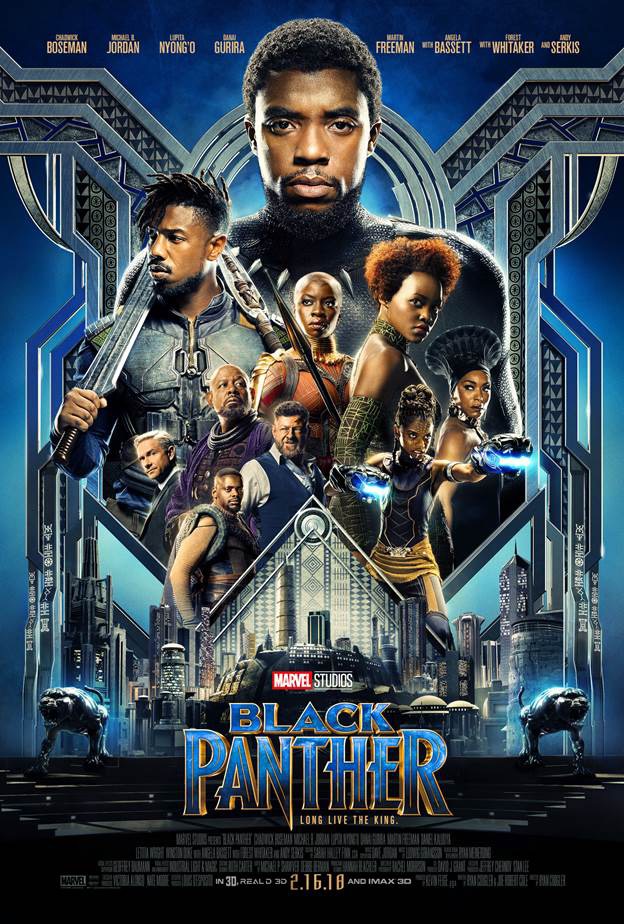 What are your areas of expertise?

To answer this question, I return to my three-year-old self, my earliest memory, seeing, if not dozing through, "Star Wars" on a summer night in 1977 at the Grandview Drive-In located in Angola, New York. Now that hazy memory was over 40 years ago, but I remember being oddly thrilled at seeing Greedo’s green skin when Han Solo murders him at the Mos Eisley Cantina. So you see, science fiction and race have always been tangled together in my thoughts. I have lots of memories like this one (some painful ones too) in addition to my mother being an avid reader of science fiction among other things. I dredged up this first remembrance because my seven-year-old son Frazier exited "Black Panther" on Friday, February 16, 2018, stating that he wanted to be an armored Rhino Rider from Wakanda! How awesome is that?!

So this question and finding its answer forms the crux of all that I have done and hope to do professionally. My mature philosophical curiosity combines with my inner child and demands that I do this work of exploring the intersections of race and science fiction and other racial binaries requiring investigation. Science fiction is our present language in a broad sense because it saturates American culture, if not the globe. Re-examining the genre’s background has a meaningful cultural impact on the twenty-first century because it can help our understanding of the social changes happening as the shrinking world ceases to be dominated by the white majority. Science fiction has already charted a few alternatives for this unknown territory, and this fundamental shift from a white world to a multi-colored one presents both challenges and opportunities for society to establish new values. Invoking race and racism in an ostensibly white genre is absolutely essential. Coloring science fiction is a radical commitment on my part because I don’t like seeing monochromatic futures for whites only. I prefer seeing futures with people of color well-represented, inventing new technologies, and shaping society.

Have you seen “Black Panther” and what are your thoughts on it?

I’ve seen “Black Panther” twice now. It gets even better with a second screening because you get beyond the stunning visual qualities on display from the realization of Wakanda in its Africentric design to the fine acting of its primarily black cast and really hear the underlying themes beneath the actors’ dialogue. Its eminently watchable. I have secret plans to see it with my oldest son a third time when he gets out of school one afternoon. Anyway, I took both of my son’s on opening day and I am happy that they loved it because they were able to see people that looked like themselves on the big screen in a major way from the lead actors to the supporting cast. Simply glorious! My younger son Frazier wanted to be a Rhino Rider as I mentioned earlier and I really dug that feeling too because it instantly transported me to my childhood self for just a moment—like that food-critic in the Disney film “Ratatouille” (2007). I really wished my parents were alive today to experience the power of this film. The second time I saw “Black Panther” with my wife, Heather, and a younger twenty-something black married couple from our church. Naturally, we completed what I lightheartedly see as the “Black Panther” challenge, mugging in front of the 10-foot-high movie poster having a good time. Like many of my other friends inside and outside of academia I posted it on my Facebook account. Of course, nothing beats the social meme I saw on Twitter, where the black man got out of a limousine in a nice suit with a peacock on leash! 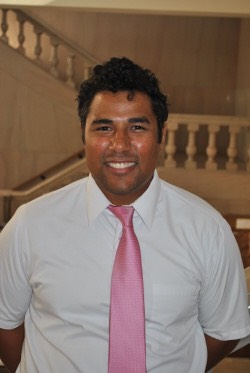 Why is the movie resonating with audiences?

Aside from how it interconnects with the greater Marvel Cinematic Universe, I think this movie resonates with audiences because of the emotional journeys of its diametrically opposed Black Panthers, T’Challa and Eric Killmonger, hero and antagonist. I think it resonates because of the women characters, their relationships, and their arcs within the film. T’Challa’s little sister, Shuri, steals the film for me because we see a young, black, female genius on display. Our culture doesn’t often get to see women as scientists on the big screen and to see a black African one in a tentpole film? Amazing. It gets even better when you realize she’s even smarter than Tony Stark (Iron Man) and Bruce Banner (Hulk) from the greater MCU. Some young girl, regardless of race or ethnicity, has seen this image and will dream of being a scientist.

Let me return to our twinned Black Panthers. On the one hand, Killmonger powerfully vibes with me because he represents a part of Black America. There’s no mistake that he’s from Oakland, California, the birthplace of the Black Panther Party for Self-Defense. Killmonger wants to use vibranium to put Black people on top of the human heap for a change to make up for the transatlantic slave trade, Jim Crow oppression, and colonialism. He wants to violently liberate the black world because of his hatred for a Wakanda he has never seen. A promise his father prince N’Jobu was unable to keep because his brother King T’Chaka kills him for selling Wakandan vibranium, to Ullyesses Kluae I assume, and abandoning the orphaned Killmonger, and keeping it a secret. Killmonger is a legitimate Black Panther in the American sense as well as in his seeming successful challenge for the Wakanadan throne itself in throwing a shaken T’Challa over the precipice of the waterfall to an apparent death. I say shaken because T’Challa only learns of his father’s deceit moments before the challenge is made. On the other hand, T’Challa is born knowing his extended family, deeply connected to his ancestors, and never having experienced his country being torn apart by European colonizers like much of the African continent and the resulting strife that this violent colonization has caused and continues to cause on the African continent. T’Challa’s sense of self is intact, it has never been challenged whereas Killmonger’s identity is warped by a hatred for a country that killed his father. This secret shapes both Black Panthers. Killmonger would rather die than see Wakanda remain hidden from the world positioned to help black people by any means necessary to throw off the ghost chains of slavery that are still in this world (racism, prejudice, racial stereotypes). To my way of thinking, this rationale may be why Killmonger pulls the spear tip out of his chest in defeat at their final confrontation and demanding that his cousin T’Challa “Bury him in the ocean” with the untold millions of captured Africans who died in the middle passage and were tossed overboard into the Atlantic Ocean. That glorious moment of defiance hit me so hard because I wanted Killmonger to win for a moment and lead his black uprising against the white world. But only for a moment. This singular moment hit hard in its twin register of T’Challa because his nobility and mercy come through in his desire to right his father’s grievous wrong in abandoning his nephew, to fix his own broken heart at his cousin’s childhood separated from his family and his country. T’Challa offers to heal his cousin through Wakanda’s advanced technology and in helping him see the amazing sunset that Prince N’Jobu told his young son about at the beginning. Ultimately, T’Challa learns from Killmonger and begins to help black people by establishing a Wakandan outreach center in the heart of Oakland’s inner city where Killmonger was shaped into the villain that he becomes, to the delight of his scientific genius sister Shuri.

The movie is crushing records, did you expect it to do so well financially? Why or why not?

I actually did think “Black Panther” would do well financially because the Netflix series “Luke Cage” (2016) and Jordan Peele’s “Get Out” (2017) have recently prepared the way for it to go over big, as did Steve McQueen’s “12 Years a Slave” (2013) and even Quentin Tarantino’s “Django Unchained” (2012). We want to see complex images of race and racism and we want to discuss the implications. We want to see black creators do their own thing. Of course, I never imagined the film would do $202 million on its opening week-end for the third highest per screen average of all time, over $400 million at the global box office in four days. It will be a billion-dollar film before it is out of cinemas. I hope there will be a director’s cut on DVD.

In the wake of “Black Panther,” I think we will begin to see a lot of smart speculative fiction featuring black creators behind the camera and acting in front of it on both the silver screen and the small screen. We will probably see a parody of it too. I’m cheating when I say Nnedi Okorafor’s “Who Fears Death” has found a home at HBO; that N. K. Jemisin’s Broken Earth trilogy has been optioned for television at TNT; that Nalo Hopkinson’s “Brown Girl in the Ring” is under production in Toronto as a short film as I write. I’m sure the Hollywood powers that be will option the late great Octavia E. Butler’s work. In fact, Ava Duvernay is adapting Butler’s "Dawn," the first in Butler’s Xenogenesis trilogy later renamed “Lilith’s Brood,” for TV already. Anyway, the time is now and the future is bright. There will be good films and bad films from all over the world made by black people. This film will influence many children right now, specifically black, children who dream of making movies after seeing “Black Panther.” We don’t know what young black filmmaker is out there right now. Who knows? It could even be one of my own sons because they momentarily wanted to be Rhino Riders after walking out of the movie.