02/21/2018
BATON ROUGE - Who said football season is over? Students from LSU Law School will once again put down the law books and don their shoulder pads, helmets and pom-poms to raise money for charity at the 14th annual Barrister’s Bowl this weekend. 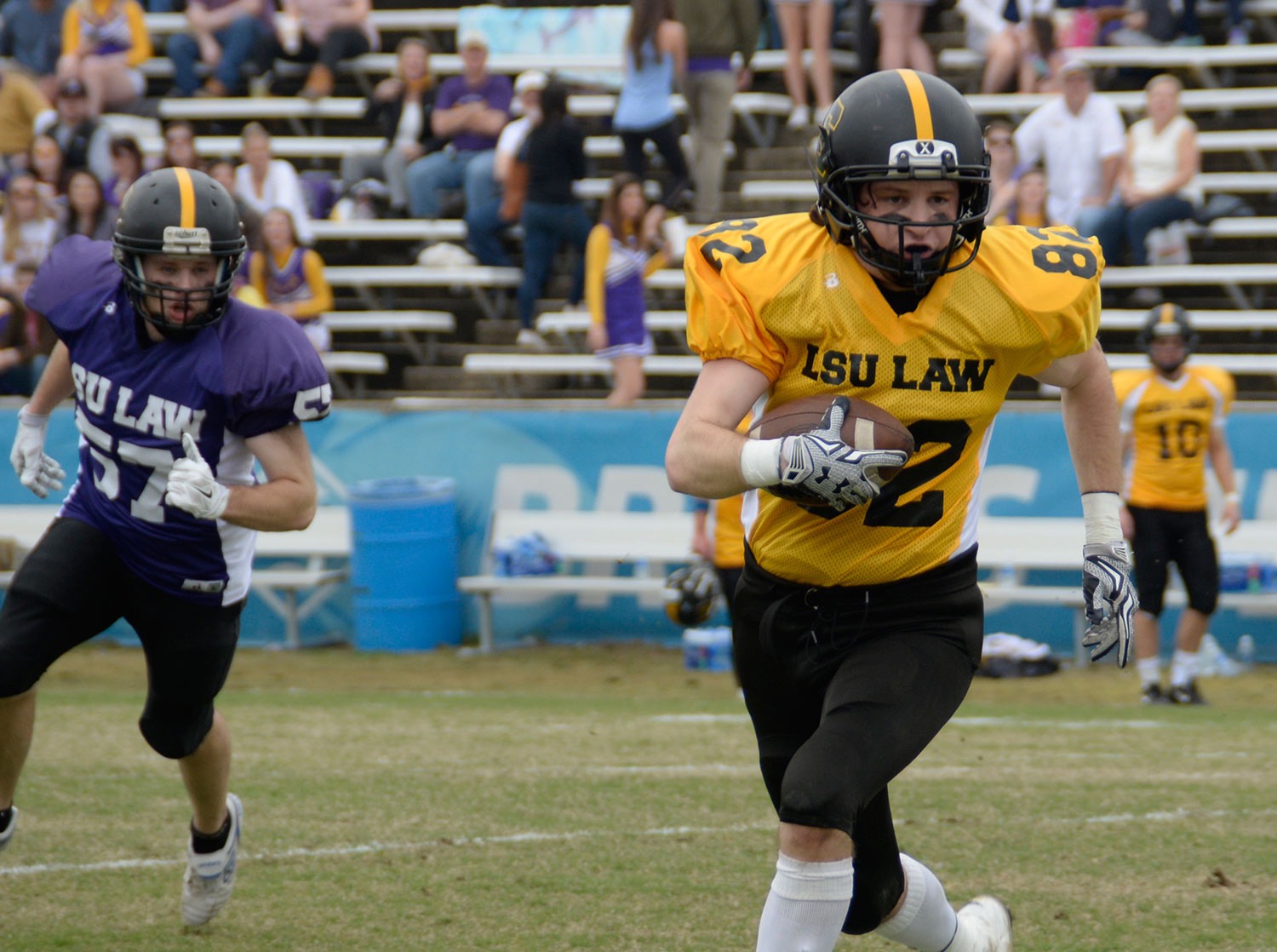 After snapping Gold’s four-year winning streak last year, Purple has pulled ahead in the rivalry, 7-6. Purple will look to begin their own winning streak, while Gold hopes to avenge their loss from last year’s game.LSU Paul M. Hebert Law Center

The football game, which kicks off at 12:30 p.m. Saturday, Feb. 24, at BREC’s Memorial Stadium, pits students in a full-tackle football game with a student-cheerleading squad performing pre-game and half-time routines for the fans.

This year, event organizers set a goal of $10,000 for Geaux Teal, a charity that is especially significant to LSU Law Football Club Co-Commissioner and Barrister’s Bowl organizer Nick Parham, who lost his mother to ovarian cancer in 2015.

“After attending Geaux Teal’s fundraising walk last year, I was very inspired by the work they do, and I know our donation will do a lot of good for our community,” Parham said.

Barrister’s Bowl is managed by the law student organization the LSU Law Football Club and its Co-Commissioners — Parham and Brady McMillin — as well as Cheerleading Captains Meghan Trahan, Brooklee Hurst and Hillary Brouillette.

The game is open to the public, and a minimum $5 donation (cash only) will be collected at the entrance. After the game, the LSU Law Football Club will host an after-party and auction at Uncle Earl’s (3753 Perkins Road) with items donated by Fuzzy's, The Royal Standard, Fred's Bar and Grill, TreadBR, LSU Athletics, and many more. Admission to the after-party is $5, and the doors open at 7 p.m. with a charity auction to begin at 8 p.m.