LSU's excellence and value recognized in series of recent rankings 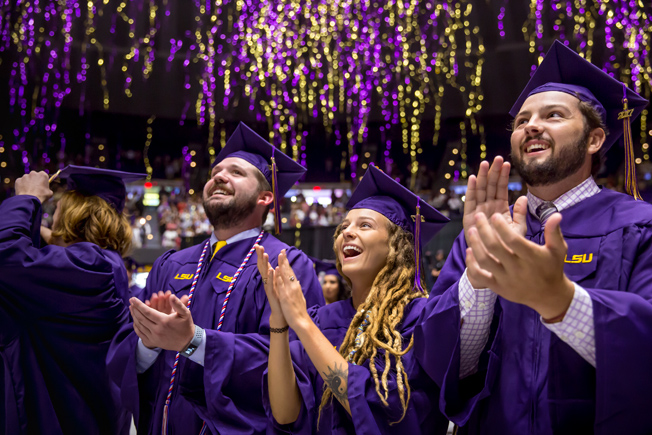 09/05/2017
BATON ROUGE – Recently released rankings put LSU as best in Louisiana and a leader in the SEC in one of the most important outcomes to today's students:  return on investment.

“For years, the public has had to rely on rankings that emphasize how many students a university turns away, and how much money is spent on the select few allowed admission,” said LSU President F. King Alexander. “We welcome the newest breed of rankings that look at outcomes and offer families more transparency as to what they’re getting for their investment. LSU has proven to be a place where students can get an exceptional education with a great return on investment with starting salaries that are, on average, $12,000 higher than students graduation from other universities.”

According to PayScale’s 2017-18 College Salary Report:

The Washington Monthly rankings come on the heels of LSU being recognized by Kiplinger’s Personal Finance in the 2017 “Best College Value” rankings. For in-state students, LSU is rated 65 among Kiplinger’s Top 100 Public College, putting LSU as the highest rated public university in Louisiana.

Washington Monthly ranks schools based on social mobility (recruiting and graduating low-income students), research (producing cutting-edge scholarship and Ph.D. graduates) and service (encouraging students to give something back to their country).

For more information about achievements at LSU, visit www.lsu.edu/accolades.